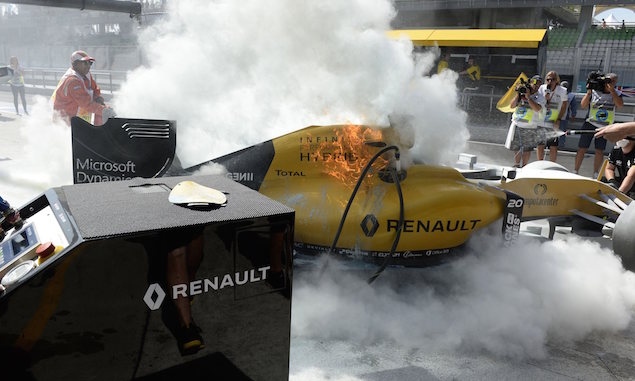 “We expected it to be hot in Sepang but maybe not as hot as that!”

K-Mag was lucky to get away with a hot backside after his Renault burst into flames in the pit lane. Many of us were disappointed his car wasn’t fitted with an experimental Halo system, just to see how quickly he managed to get out of the car, given that his escape route involved running down the nose.

“I'm surprised that the lap time was not too bad, considering the fact that my feelings were far from what I wanted.”

Since he became a father and got married, Kimi Raikkonen seems to have discovered his sensitive side. No Finnish person has ever been known to discuss their feelings before.

“I always have confidence, even if I drop back to last.”

When a Dutch journalist suggested Verstappen might be worried about the start having had several bad ones recently, Max’s reply pretty much sums up what we all like about him.

“Yeah, my radio messages first of all are quite interesting all the time.

“I’ve heard many from other drivers, world champion drivers, and they don’t have that impact, so it means I’m more funny, or something like that, which is good."

Is Fernando Alonso the most competitive human being on the planet? In Sepang he managed to turn a question about his 'GP2 engine' comments last year into another opportunity to say he’s the best/first/fastest/funniest at something. 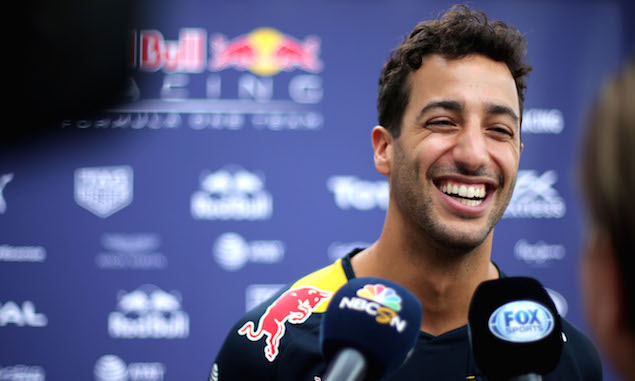 “Track temperature was I think at 61˚. I’ve never heard a number that high before.”

Clearly Daniel Ricciardo was too busy racing as a kid to pay much attention in Maths Class at school, if he’d never even heard of the number 61.

Carlos Sainz was asked what animal he would be and clearly he’d given the matter a lot of thought. It then led to this conversation with his team-mate Kvyat:

DK: "Yes, many reasons! Long story ... I think you're not here to talk about sloths!"

Jolyon Palmer’s opening words in his Saturday post qualifying quote prove that, like a lot of people who’ve been given slightly out-of-the-ordinary names by their parents, he yearns for a simpler moniker. That’s fine, we’re happy to call you Frank Palmer from now on. 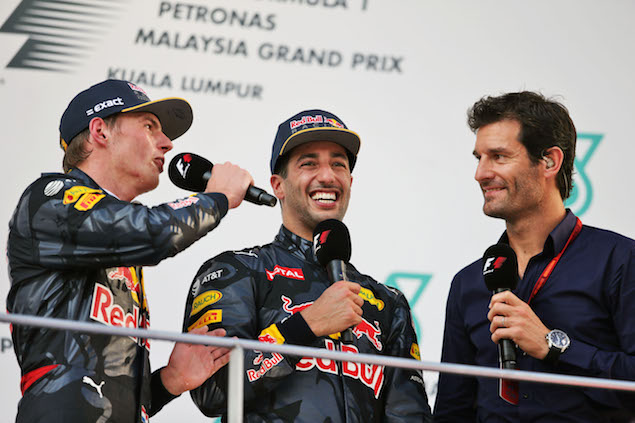 The most predictable quote of the day, from Mark Webber on the podium - where Christian Horner was also present. It was here in Sepang in 2013 that the infamous “Multi 21” incident took place, when Vettel disobeyed team orders to finish ahead of the Australian. Actually, Mark got it wrong, as if there had been an order this year, it would have been “Multi 333.” Of course that wouldn’t work – how would the drivers know if it was 3 for Ricciardo and 33 for Verstappen, or the other way round.

“I got T-boned by a four-time world champion”

In the post-race press conference, Rosberg, the happiest man on the Sepang podium, gave this succinct explanation of what happened after the start.