Formula One teams might have entered the final stretch of the 2016 season, but there are still technical novelties and developments popping up and down the grid. Nicolas Carpentiers has the pictures and explanations. 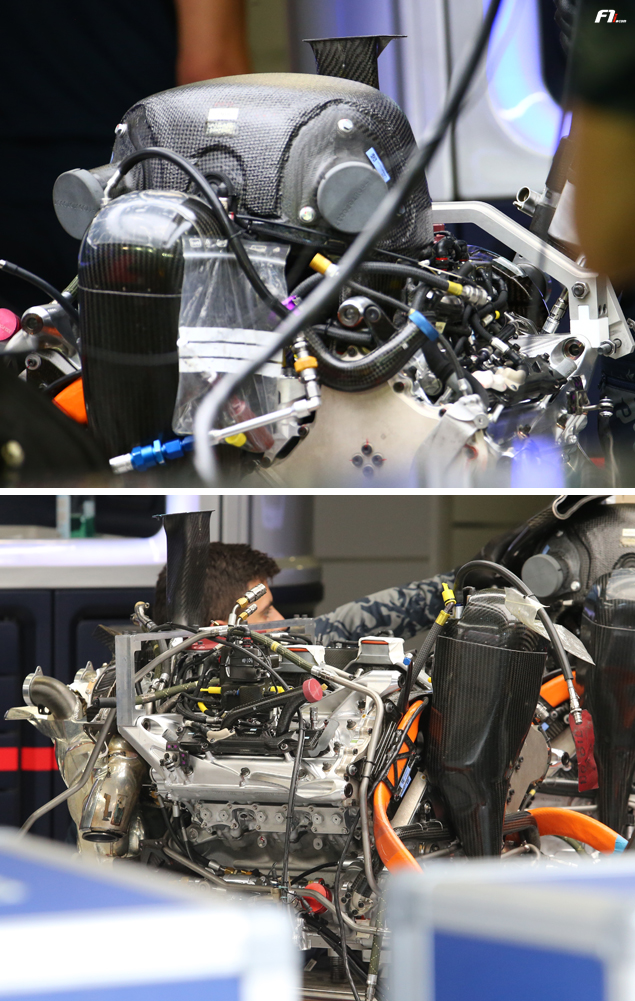 While Red Bull’s chassis proficiency undeniably helped the Milton Keynes-based outfit secure its first 1-2 finish in three years last Sunday, its much-improved TAG Heuer-branded Renault power unit should be given some credit as well. After introducing a B-spec version of its engine at Monaco earlier this season, the French manufacturer spent another three tokens at Singapore in a bid to further develop its 1.6-litre V6 turbocharged unit. The latest Renault evolution focused on the ignition system and spark plugs. These help make the most of partner Total’s new fuel, which is designed to prevent the unwanted ‘knocking’ effect.

Scene at the 2016 Malaysian Grand Prix