No soft soaping from Eric Silbermann as he approves of Lewis Hamilton’s musical taste, but less so of his rabbit ears. 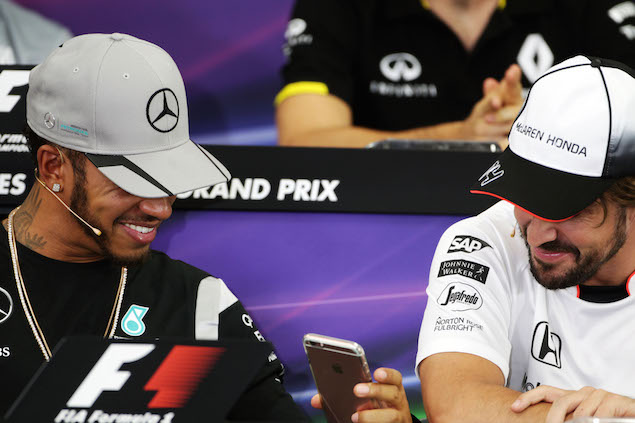 It used to be his team-mate Nico Rosberg who was nicknamed Britney because of his long blonde hair when he first came into the sport, but yesterday it was Lewis Hamilton who revealed his inner Britney Spears, as her song title “Whoops I Did It Again” springs to mind after the Englishman’s performance in the official press conference in Suzuka on Thursday.

I can’t say I share the sense of outrage Hamilton’s Snapchat shot triggered in some of the F1 media. In fact, on at least two occasions this year, I’ve used this column to defend his lifestyle choices from the criticism of such cool and hip young dudes as Jackie Stewart and Stirling Moss. However, posting a photo of himself on which he’s drawn rabbit ears and whiskers with the strap line, “this shit is killing me” is hardly a great sporting protest, not exactly up there with Tommie Smith and John Carlos doing the Black Panther salute at the ’68 Olympics.

Hamilton is not wrong to criticise the format of the FIA conferences, which are rather dull affairs. You have six drivers in two rows and the ones from the back end of the grid hardly ever get asked any questions once the MC has done the obligatory question to everyone. On top of that, the MC isn’t going to ask anything controversial, as he is representing the sport’s governing body, so you have to wait for the more diligent journos to ask the hard questions, if there are any to be asked. 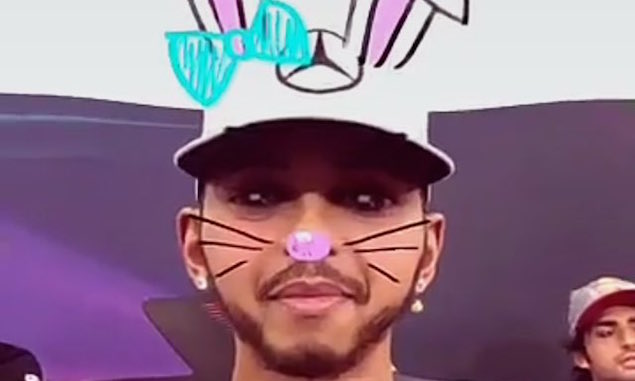 On top of that, the press officers have warned their charges not to say anything negative about their own team, the FIA, Bernie Ecclestone and the totalitarian regime that has paid millions to host the event and give its dubious human rights record a nice coat of whitewash, so what can you expect? Well, for starters you can expect the drivers to engage more with the media, to open up a bit, to at least try and look interested. Maybe, some more interesting and intelligent answers would help and in the same way that the MC asks us journalists to switch off our mobile phones, so too should the drivers. A smile or two wouldn’t go amiss either.

I would respectfully remind Lewis that he and his fellow F1 drivers are some of the luckiest people on earth. Yes, you can drive racing cars faster than everyone else, but I can’t understand why we have to treat you with such reverence for possessing a skill that, in the grand scheme of things, serves no useful purpose whatsoever on this planet, other than to help a few companies sell their product. You are all paid a huge amount of money by any normal standards and that fee is there to ease the pain of endless sponsor meetings, shaking hands with hundreds of people, posing for selfies, wearing a uniform, saying nice things about people you can’t stand, dealing with stupid requests and answering questions from the media, no matter how dim they are. The driving bit, the bit you all like doing, well that’s just something you'd do for nothing anyway.  And you Lewis, along with the other world champions, you guys with the most wins, the most fans and the most of everything, should be the ones setting an example to your fellow drivers.

The aforementioned Ms Spears doesn’t feature on the F1 drivers’ list of favourite tunes as provided to the Circuit of the Americas, our hosts in Austin in a fortnight’s time. However, the list does give me a chance to praise Hamilton rather than criticise him, as his were the only choices I had to look up, having never heard of them. That’s how it’s supposed to be, in that old gits like me shouldn’t like music chosen by people half my age. Actually, some of Daniel Ricciardo’s choices were unknown to me, but I think that’s a function of his nationality, so that his favourites are the musical equivalent of the kangaroo, duck billed platypus, koala, echidna and wombat; creatures only found in Australia. An Honourable Mention goes to Valtteri Bottas for choosing Pretty Fly for a White Guy by The Offspring. But with most of the others, the phrase, get your own music, springs to mind. Even if some of the choices are on the bland side, F1 musical taste is clearly not something that fits the usual rule that it was “better in the old days,” as I’m pleased to see the list does not feature a single appearance from that stalwart F1 driver favourite of the past, Phil Collins.

I think I was meant to be writing about Suzuka, but RabbitFacegate seems to have taken up too much of my time and space. I will just end by saying I’m pleased to see that our Japanese hosts, as polite, charming and friendly as ever, still consider we European journalists to be boorish dolts, untouched by civilisation, who need written instructions on how to remove a paper cup from a water cooler and how to use soap in the toilets, as this photo attests. 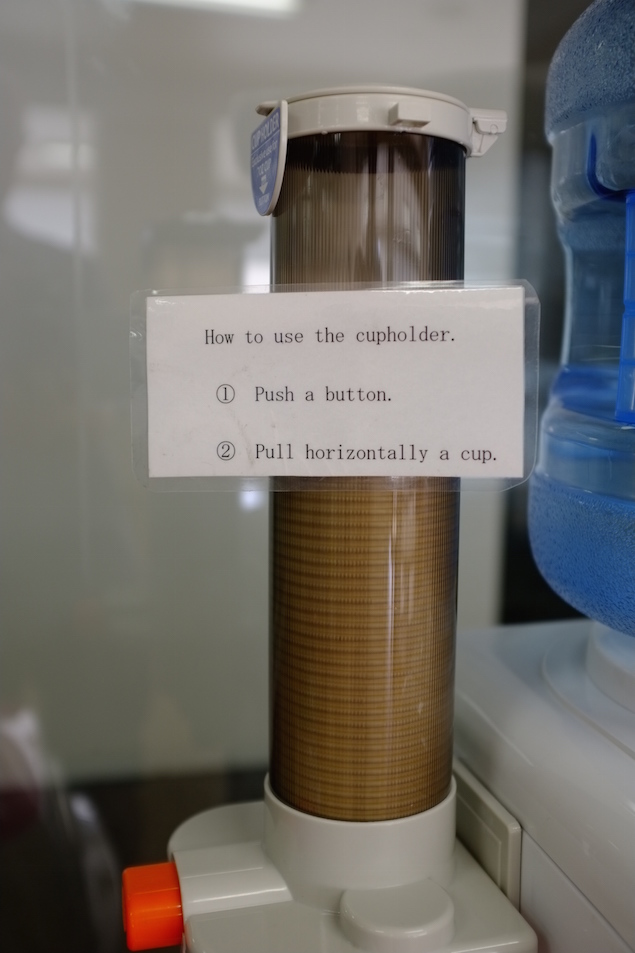