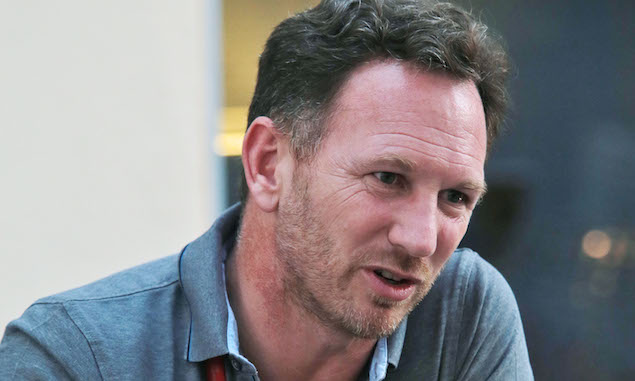 “No, I think 12 months ago we’d had a pretty horrible year and the prospects weren’t looking hugely encouraging for the following year.”

At the start of our interview, Christian Horner is in a good mood as he reviews the 2016 F1 season, but I've just put it to him that he wouldn't have been smiling a year ago.

As 2015 drew to a close, Red Bull was in turmoil. The team was threatening to quit F1, it didn't have a deal for a power unit for the following season and long-time supplier Renault was considering walking away from the sport as well. Horner admits he was not sitting comfortably.

“I think we were open to all scenarios but of course it was such a late decision with the engine. At different points there had been three different solutions going into the back of the car for this year, so it gave the design team a very short amount of time to be able to optimise the packaging around the engine - 13 months ago they were installing a Honda into the back of it.

"It was a tough winter but everybody got their head down, focused on developing the car and produced a great chassis which was evident from very much the first test.” 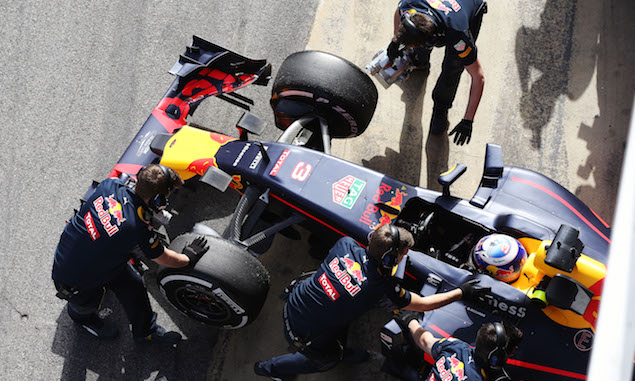 By the first test, a lot had changed. Renault had returned as a full manufacturer and Red Bull had patched things up enough to be able to run Tag Heuer-badged Renault power units in 2016. It was still a last-minute effort, so after securing second place in the constructors'  championship, could Horner have seen the year going so well?

“No, it’s remarkable. I think it’s testimony to the strength in depth that is within the team that we’ve managed to turn it around. And of course on the engine side the guys [at Renault's power unit headquarters] in Viry have done a great job.”

While it may seem like Red Bull was somewhat fortunate to still be able to work with Renault this year after appearing to do a good job of burning its bridges last year, Horner believes it was actually his team's reaction which instigated the turnaround in the French manufacturer.

“I think that out of a lot of difficult conversations that happened last year, the positive outcome of that and the necessary outcome was the restructuring and reorganisation within Viry which we’ve started to see the real benefits of this year. I think that perhaps wouldn’t have happened without those difficult days last year.” 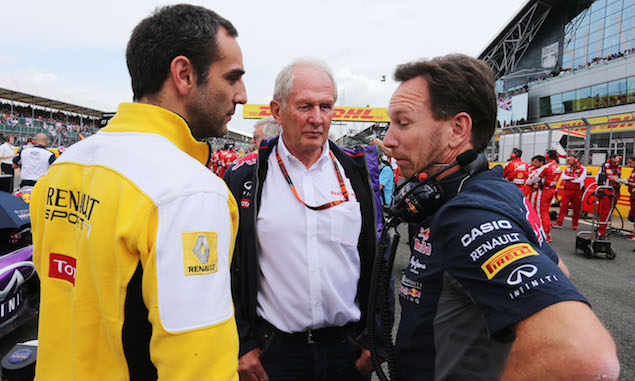 Sometimes team members like to play it smart with the media during pre-season, downplaying expectations only to exceed them when racing gets underway. However, Horner admits he genuinely saw his team struggling to beat a number of midfield outfits at the start of the year.

“Well on paper I think pre-season if you looked at it objectively you’d say Mercedes and Ferrari would certainly be the two front-running teams and thereafter Williams and even Force India and Toro Rosso - with the engine change Toro Rosso had and Force India doing a good job at the end of last year, with chassis regulations being stable - again the chassis tend to converge.

"So the prospects going into the year were tough but the senior technical team did a great job in evolving RB11 into RB12 and on the engine side there was a clear step forward which enabled us to get into a much more competitive position, really from the first race.”

From there, Red Bull was able to progress into becoming the second-fastest team on the grid and Mercedes' tormentor-in-chief at a number of races. Wins for newly-promoted Max Verstappen in Spain and Daniel Ricciardo in Malaysia were the highlights, but the team had numerous strong performances as it nurtured arguably the most exciting driver pairing on the grid.

While all that came off the back of such an uncertain winter, Horner views the current situation - with new regulations being introduced and stability in Milton Keynes - as much more encouraging.

"And hopefully with a bit of a rule shake-up, it gives the opportunity to balance things up a bit in terms of will it still be the same two silver cars on the front row and on the top steps of the podium at most weekends in the year? Hopefully it gives it the opportunity to shake that up a little bit.

"So if we can produce races anything like the last couple of this year in Mexico and Brazil then Formula One is set for a great year.” 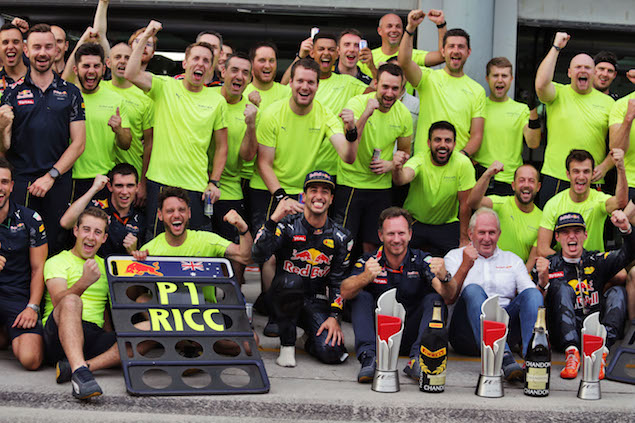 Esteban Ocon: You’re meant to be great when you reach F1