F1i sits down with Esteban Ocon to discuss a whirlwind 12 months which saw him start in DTM, make his F1 debut and secure a seat at Force India 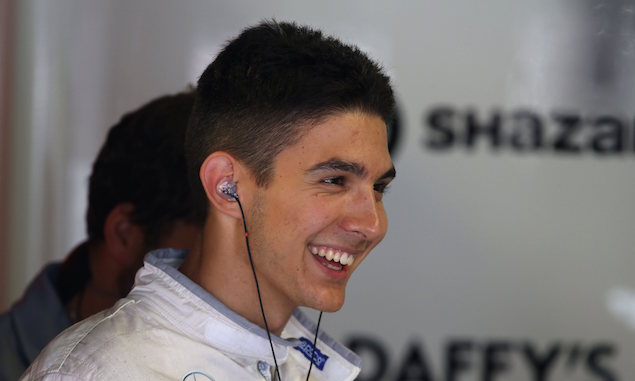 2016 was a year that saw limited opportunities for rookie drivers. Jolyon Palmer finally got his chance at Renault, while Manor provided debuts for Pascal Wehrlein and Rio Haryanto, but despite a number of highly-rated drivers waiting in the wings, these were all seats where it was going to be hard to make an impact.

One such talent awaiting his chance was Esteban Ocon, who picked up the reserve driver role at Renault but was placed in DTM to continue his racing development by Mercedes, the team looking after his career.

It was a case of one rookie out and one rookie in at Manor during the summer break, with Haryanto’s funding drying up and Ocon stepping in alongside fellow Mercedes youngster Wehrlein. Excelling in a back-of-the-grid car mid-season was always going to be a tough ask, but it came at the end of a hectic few months since the Frenchman had won the GP3 crown in Abu Dhabi in November 2015.

“It was crazy, yeah!” Ocon tells F1i. “I was not moving one day to another so I was OK, I was doing DTM and was with Renault so that was OK, I had a plan in my mind. I think I did the best I could with the Renault team, they were happy with how I was performing and how I was involved and all that.

“Then I had the call from Manor and that was racing so that was different, for sure another level! So I’ve been learning a lot with them. It’s been great, they gave me the opportunity. We had some good races  and some tough races.” 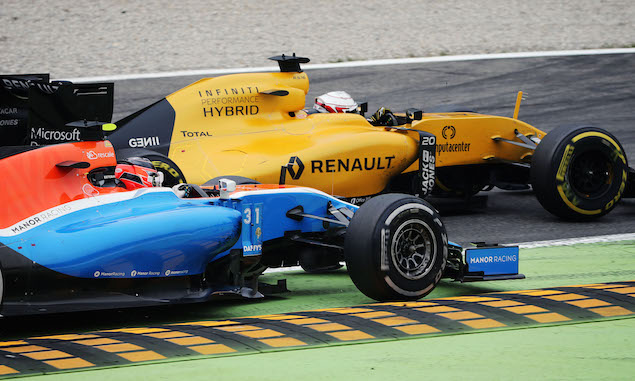 2017 will see Ocon racing for Force India after being selected as Nico Hulkenberg’s replacement, and the 20-year-old admit it has been a whirlwind year in which his planned future has changed on a number of occasions.

“It feels like three years, actually! I’m surprised how quickly it happened, because I was supposed to be reserve driver at Renault and doing DTM. Maybe … well, in my mind it was the plan to go to Renault the following year so anything more was a bonus for me. But in the end it didn’t come along as a bonus but like a future career, so it’s much more than what we were expecting.”

Ocon clearly impressed while at Manor, where the comparison to Wehrlein was easy to make. However, he insists he didn't focus on the fact that both drivers are part of the Mercedes program as he felt it would become too much of a distraction.

“I’ve been racing with strong team-mates before in the past, there were drivers in Ferrari etc. There were many team-mates that I had before that were linked with Formula One teams. OK now we’re in the same program which is different, but if you start thinking about this it’s a brake for yourself, so I took it like it’s a team-mate and I have to do the best job possible. So I was not overly stressed by this.

“[Mercedes] were just saying, ‘Now that you’re in, for sure people will judge you, so just do your best to do a good job.’” 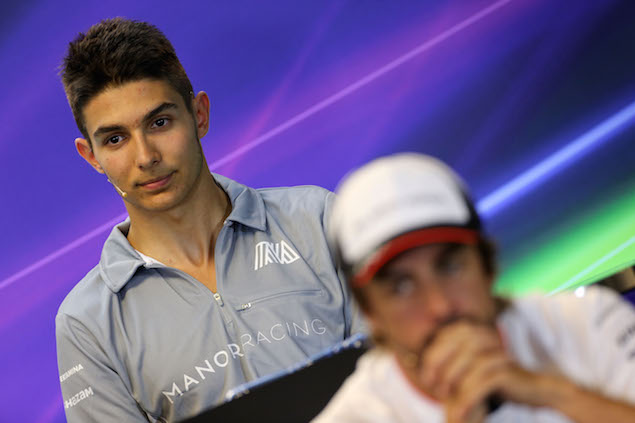 After only nine races with a team he joined in August, you could be forgiven for thinking Ocon had barely settled in before being told he would be driving elsewhere in 2017. For the Frenchman, it was plenty of time to understand the demands of F1 and where he would need to develop.

“[I’ve learned] a lot. It’s massive. Massive. Because arriving as a rookie late in the season and having to catch back up the 12 races I haven’t done, I’ve been learning a lot in a short period and I’ve gained a lot of experience, for sure. It has been hard and I have been getting closer to the speed and now I’m arriving at a great speed, I think. There are always things to improve even more and I’m learning all the time but I’ve learned a massive amount and now it’s details.

“The biggest surprise was just how tough it is, how important set-up work with the engineer is with the car. You can gain a lot of time by focusing more on the car than on yourself. For me it works better like this. Before, in the junior series I was mostly focusing on myself and saying, ‘Leave the car, I have to do a better job,’ but actually that’s not how it works here.”

In a telling statement, Ocon says he has found there is no room for a driver to reach F1 without being the real deal already, such are the demands on other aspects of the sport.

“You’re trained as a driver and arriving in F1 you’re supposed to have been taught everything, know everything about driving but you need to work more on the car. You are supposed to be a great driver already and now you have to work on the car. But there’s always things to improve on the driving, I don’t say I leave my driving on the side and I work on the car, but I focus much more on the car with the guys than on my driving.” 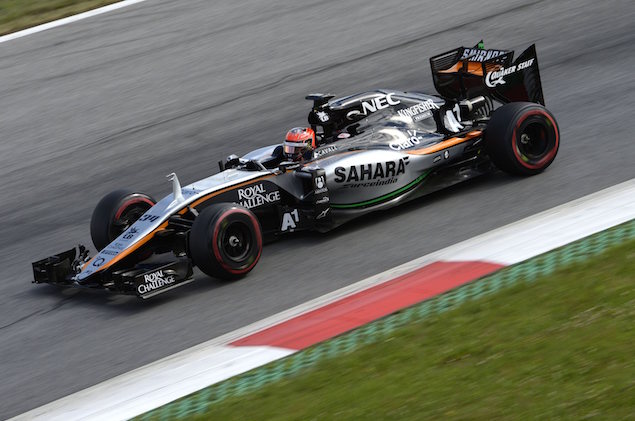 Force India’s Bob Fernley admits it was a spark of potential that caused the team to opt for Ocon over Wehrlein when seeking Hulkenberg’s replacement, having previously tested the pair in Austria in 2015. On that occasion, Ocon was second fastest in tricky conditions before handing over to Wehrlein the following day.

“The test helped massively, massively. I think if I didn’t do this test they wouldn’t even think about me. They wanted me, Force India wanted me. This test was a coincidence at first but in the end it was for something because now I got the drive with them. It has been good and they remember me well, I gave them a great test I think, that’s why they wanted me, and we were P2 at this test so it’s just a great one for me as well. I really remember it like one of my best tests.

“It’s great [to be wanted], but also it puts you under some pressure because they think big. They think that you will arrive and do a strong job so that’s what they expect. So I have to work very hard to do that, to deliver that. I haven’t delivered it yet so you need the hard work to be done.”

Referring him back to his earlier answer about having to be a great driver by the time you reach F1, I suggest to Ocon that he won’t be afforded much time to get to grips with a full season in F1, but he insists he is unfazed as he approaches his next challenge.

“In my mind I am staying there for two years.”

The impact he has made over his short time in F1 so far suggests Ocon will be staying in the sport for much longer than that.