Renault’s top brass have set the bar quite high for the French manufacturer’s works outfit in 2017, banking on an improvement from ninth to fifth in the Constructors’ championship. This has Nicolas Carpentiers digging deep into the new Renault RS17. 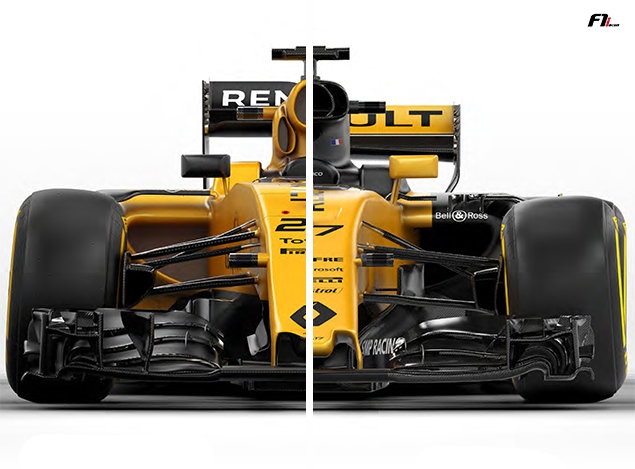 While last year’s Renault R.S.16 had been hastily put together in the wake of the late Lotus takeover, its successor – the R.S.17 – is the first package designed from the outset by the French manufacturer from its UK-based chassis department in Enstone and engine factory in Viry-Châtillon, France.

Integration has been the driving force behind Renault’s latest challenger, as highlighted by engine technical director Rémi Taffin.

“The power unit is made to suit the car, and this is a fundamental difference,” he said. “The engine and the chassis fit together, and not like a puzzle with the R.S.16! The R.S.17 is far more homogeneous.”

With Renault working on an entirely new power unit architecture for 2017, it was suggested that the French constructor would follow Mercedes’ philosophy of splitting the turbo (Honda has already adopted the design), but Taffin explains that this is not the case.

“We have no plans to go down the split turbo route,” the engine boss added. “We have considered this like we consider all concepts, however we are happy with the solution we have.

“Nothing you can see from the outside is radically different between the R.E.16 and the R.E.17. Inside the way we are running the MGUs, battery and the cooling is different.”

Renault's engineers have devoted much time and efforts on the specification and weight of the cooling package, which could be quite original indeed.

“We’ve been able to come up with efficient packaging around the power unit and the cooling systems and we’ve found what we think is a nice solution.

The R.E.17 also features revamped energy recovery systems (ERS) and optimised batteries, designed in conjunction with team partner Infiniti. However, further images will be needed before really diving under the skin of the new Renault charger.

One can already notice that the roll-hoop air intake is wider and more oval than on the Sauber C36, while the sidepods slope downward more abruptly (see blue outline). 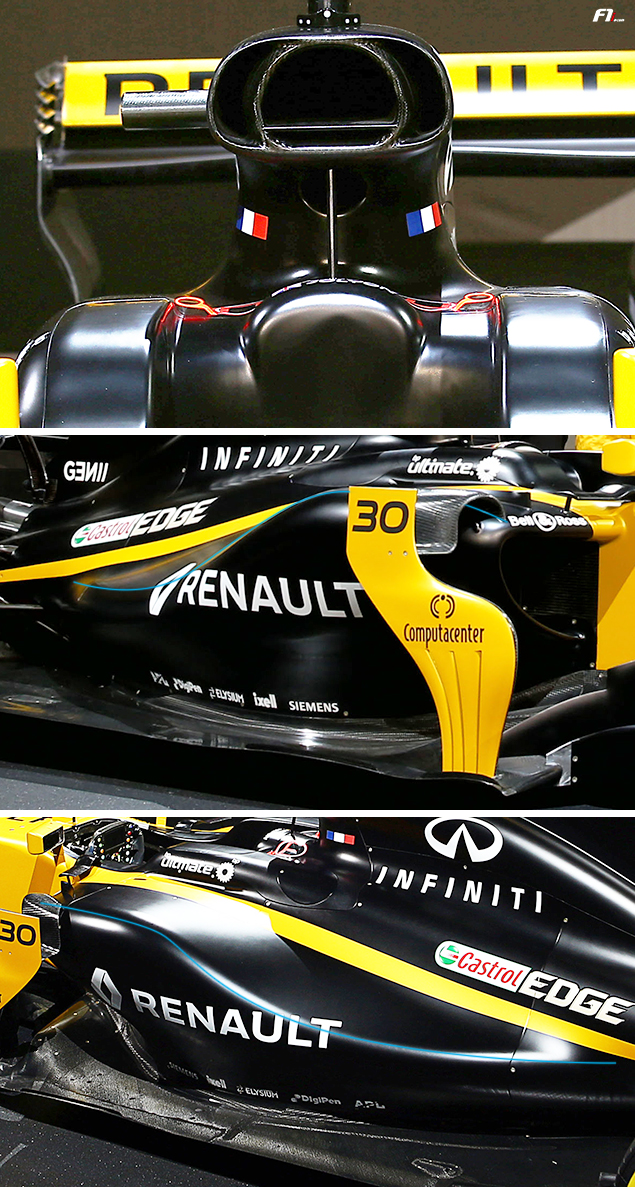 Tech F1i: A closer look at the Force India VJM10