Red Bull to quit, Manor to stay, feeling lucky in Maranello - all topics that have caught Eric Silbermann’s eye in Shanghai. 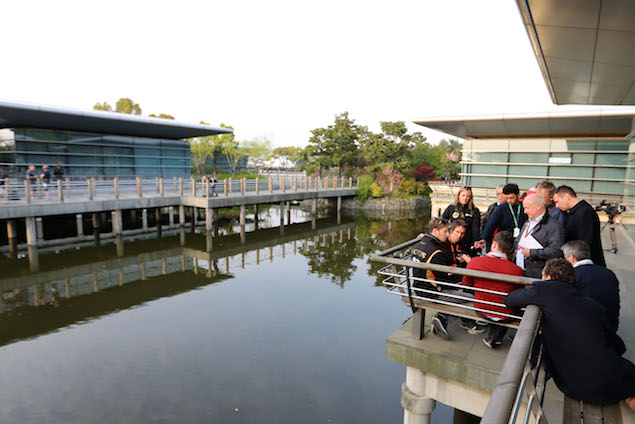 A sunny Saturday in Shanghai and this season is already beginning to feel routine. Not in a bad way - why should it when the first two rounds have thrown up so many interesting questions still awaiting answers? But let’s not forget that, for many of us, this is the sixth weekend of the year after three test sessions in Spain which all seemed to run into the first race in Melbourne.

Therefore the routine of getting up heading for the track and wondering what the day will bring is already well established. And so are the rituals of what makes the news. As predictable as the first cuckoo of Spring, we’ve already heard the dissenting voices saying the sport is doomed and has to change. In the past, we could rely on dear old Luca di Montezemolo to trot out the threat that Ferrari would quit if the rules weren’t fixed in their favour and, very conveniently now that the Italian demagogue has left the stage, we have another slightly eccentric billionaire throwing his toys out of the pram.

Clearly concerned that we hadn’t taken him seriously enough the first time, Red Bull’s Dietrich Mateschitz has this week reiterated his threat to pull Red Bull Racing and therefore one would assume Toro Rosso too out of the sport. That would mean saying goodbye to a fifth of the grid. With his team’s four consecutive titles from 2010 to 2013 still fresh in everyone’s memory, he’s not exactly finding a sympathetic audience in claiming that another team’s dominance is bad for the sport. 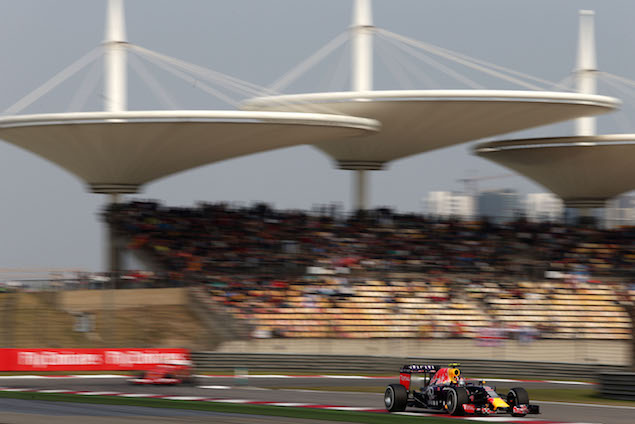 His team is now one of the special ones, getting a bigger chunk of money than most and if doesn’t like the current rules, well, his technical people were involved in drawing them up. But the biggest problem the Austrian has got is his claim that Mercedes’ dominance is bad for the sport and that others must therefore be given an artificial helping hand through regulation change to catch up. That might have seemed a cogent argument up until the moment when his former wunderkind Sebastian Vettel stuck it on the top step of the podium for Ferrari in Malaysia. Worse still, the Prancing Horse looks pretty good in race trim here in Shanghai, where cooler temperatures were meant to restore Merc’s mastery.

The Red Bull boss is probably piqued that his posturing isn’t given the same level of credence usually attributed to Ferrari’s quit threats, but the fact is, the fizzy drink manufacturer is an arriviste in this sport, with a mere 11 years in the paddock, whereas Enzo Ferrari was on the grid 54 years earlier. The iconic Dino 246  road car might have been known as the Coke-bottle Ferrari because of its swoopy curves, but that’s all the world’s most famous car manufacturer is every likely to have in common with a canned drinks maker. Of course, Mateschitz is much cleverer than that and it’s not a real threat, it’s just a bargaining tactic to see if it can be a driver for rule change.

One should never feel sorry for Team Principals - a quick glance at their bank balance will suffice to back up this contention - but in this instance, Christian Horner has my sympathy: he’s a racer, he knows the score, but of course he can hardly naysay his paymaster can he?

Back in Maranello, everything is rosy right now

Back in Maranello, everything is rosy right now. When I worked for English tabloid the Daily Sport, they once misspelt President Luca di Montezemolo’s name as “Lucky Monkey Zemolo,” but clearly it’s new president Sergio Marchionne and new team boss Maurizio Arrivabene who really deserve the “lucky” moniker. Arrivabene picked up the reins in December after Marco Mattiacci was thrown from the Prancing Horse saddle and one month later, the SF15-T was already proving to be ultra competitive at the first Jerez test. For the new boss, that’s the equivalent of winning the lottery with a ticket you found stuck to the sole of your shoe.

Meanwhile down at the other end of the grid, it’s been heartening to see Manor slowing pulling themselves up by the bootstraps. It would be good to see some sponsorship on the car, but presumably that will come once the team’s advance on its earnings dries up and Steven Fitzpatrick has dipped into the OVO energy kitty. A word of warning Mr. Fitzpatrick, the best way to make a small fortune out of Formula 1 is to start with a big one.

What’s happened to Manor highlights the good and the bad of the sport right now, with people still keen to enter the F1 arena on the one hand, while some teams were desperate to kill off Marussia/Manor for their own financial gain. I can’t understand how any sport can operate a system whereby one team going down the pan sees its revenue divided between those remaining.

On top of that, to Manor’s benefit now Caterham has gone, once you are down to 10 teams, even the losers get all the perks, so there’s no incentive to spend much money to become more competitive. You can sit around in tenth place, spending only what you need to make your car quick enough to get through the 107% lap time barrier and a nice income is guaranteed. I don’t think anyone’s going to be voluntarily leaving the paddock anytime soon.

Under the skin of the front-running 2015 F1 cars