Given the 2017 regulations revamp and associated scope for development it should not come as a surprise to see F1 teams bring a steady flow of significant updates to their current-spec challengers, even when there are back-to-back races like the recent Austrian and British Grands Prix.

Last Friday’s Silverstone free practice saw Sebastian Vettel briefly run the ‘Shield’ head protection system. Fitted on the cockpit of the Ferrari SF70H (thanks to redesigned rearview mirror supports), the screen is more efficient at protecting the driver’s head from small pieces of debris than the Halo.

The test was cut short after barely one lap though, with the championship leader reporting “dizziness” due to the Shield distorting the driver’s vision, with “forward vision not very good” either. Developed by Italian firm Isoclima, which was also responsible for Red Bull’s Aeroscreen concept seen last year, the latest head protection prototype also resulted in “quite a bit of downwash down the straights pushing the helmet forward,” according to Vettel. 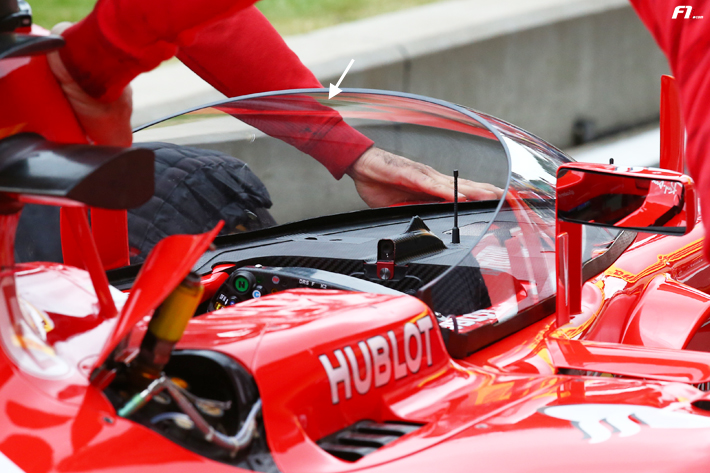 Add the risk of the half-canopy being splattered with oil, pieces of tyre rubber, insects, etc. and one can understand why the concept needs to be refined if it is to allay fears and accommodate the concerns raised by the likes of Red Bull team principal Christian Horner and GPDA director Romain Grosjean.

The FIA will hold another test session during the Italian Grand Prix weekend but should the Shield fail to hit the targets set out for it, then next year’s F1 cars will be fitted with the Halo device.

Esteban Ocon proves you should believe the Hype!