Ferrari’s Prancing Horse was left out of breath and panting after giving chase to Mercedes’ Silver Arrows around the Autodromo di Monza. Due to the unique nature of the Italian Grand Prix venue, last weekend’s technical novelties mostly comprised of low-downforce packages. Hence the following review which focuses on the Ferrari SF70H.

LOW-DOWNFORCE ALL THE WAY

Like all other teams, Ferrari ran a low-downforce, low-drag rear wing at the Temple of Speed in a bid to generate healthy top-end speed. Monza-spec rear wings have a lower angle of incidence, which means they are less tilted and sit higher than usual, while the upper flaps are slightly shorter. 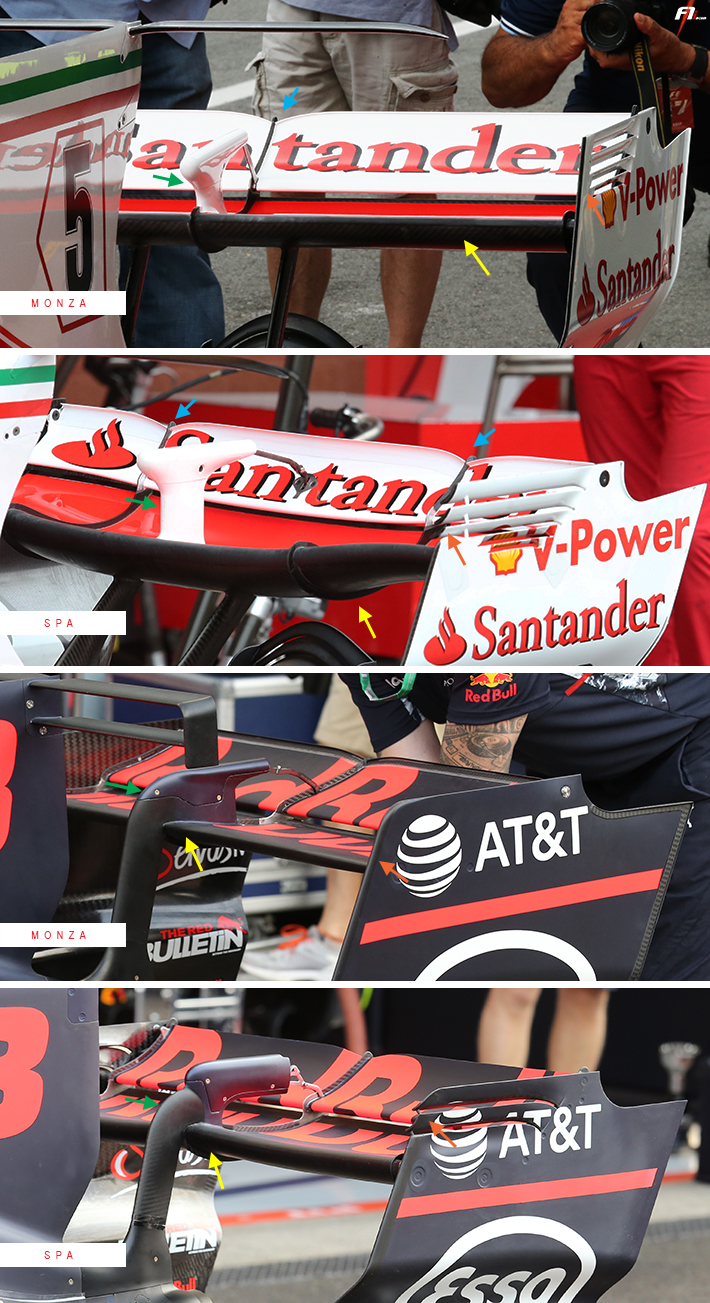 The main board sports a flatter outline, i.e. the speed differential between the air above the plane and the air underneath it is less important. This in turn lowers the pressure differential on both sides of the wing (hence the lower downforce levels) but also the airflow separation (hence the lower drag levels).

What’s more, the lower pressure differential between the two sides of the end-plate results in weaker wing-tip vortices, thus reducing the need for end-plate slits. These are absent on the Red Bull and Force India designs for instance, while there were fewer apertures on the Ferrari and Renault versions. 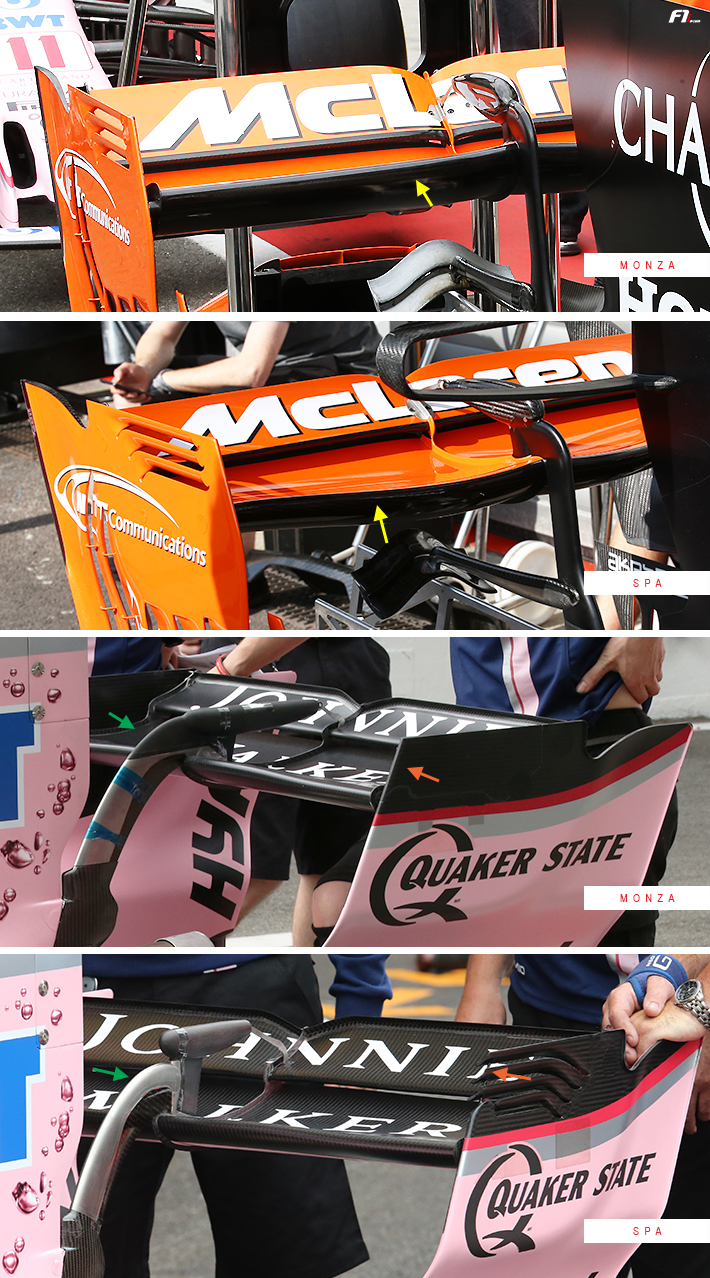 Monza-spec wings can be divided into three groups. The first one includes the Ferrari, Force India, Sauber, McLaren and Red Bull designs, which feature a main board with a flat outline.

Great onboard footage of Mick Schumacher in his father's Benetton!