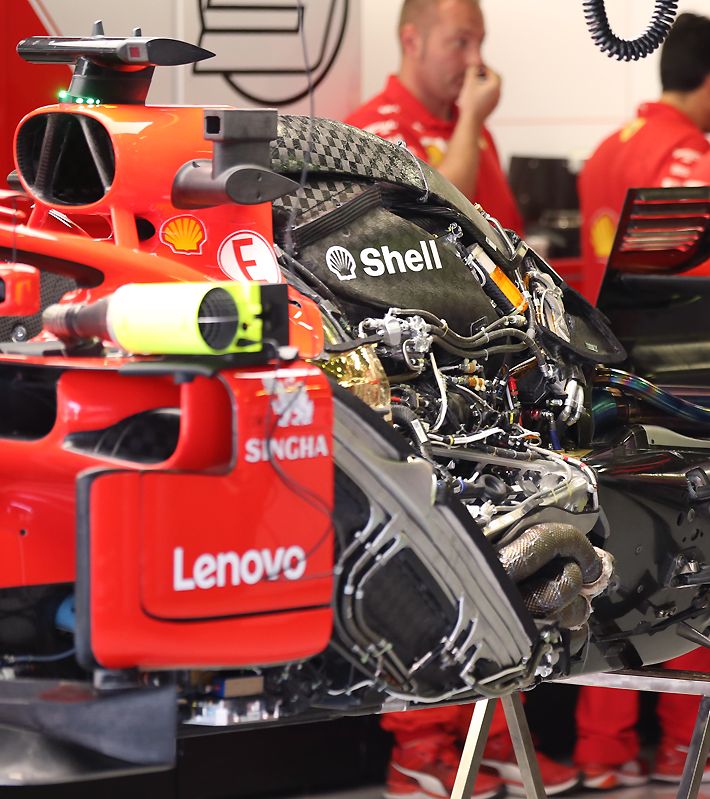 The speed of the red cars in a straight line is disconcerting and, quite honestly, difficult to explain. It’s more of a power advantage than an aerodynamic trick as the SF71H runs with wings at normal angles, says Nick Chester, Enstone’s chassis technical director:

“It just seems to be [that Ferrari have] more power unit output. Their straight-line speeds are very strong while running a sensible rear wing on the car. So they do seem to just have good power.”

We know that the Italian battery has an unusual configuration. While other engine suppliers treat their battery as a whole, Ferrari uses a single box containing two batteries managed separately. If Maranello has been using this system since 2014, it is rumoured in the paddock that a recent development would allow this split configuration to deploy energy and to simultaneously harvest. According to Mark Hughes from Motorsport Magazine, one of the two batteries could send electrical energy to the MGU-K while the other would harvest from the MGU-H.

This recent development would not be linked to the combustion engine (since Räikkönen was as fast as Vettel in the straight lines of Hockenheim while his car still uses the first spec) nor to the hardware of the energy store (Vettel has been using his second battery since Bahrain and Räikkönen since Barcelona).