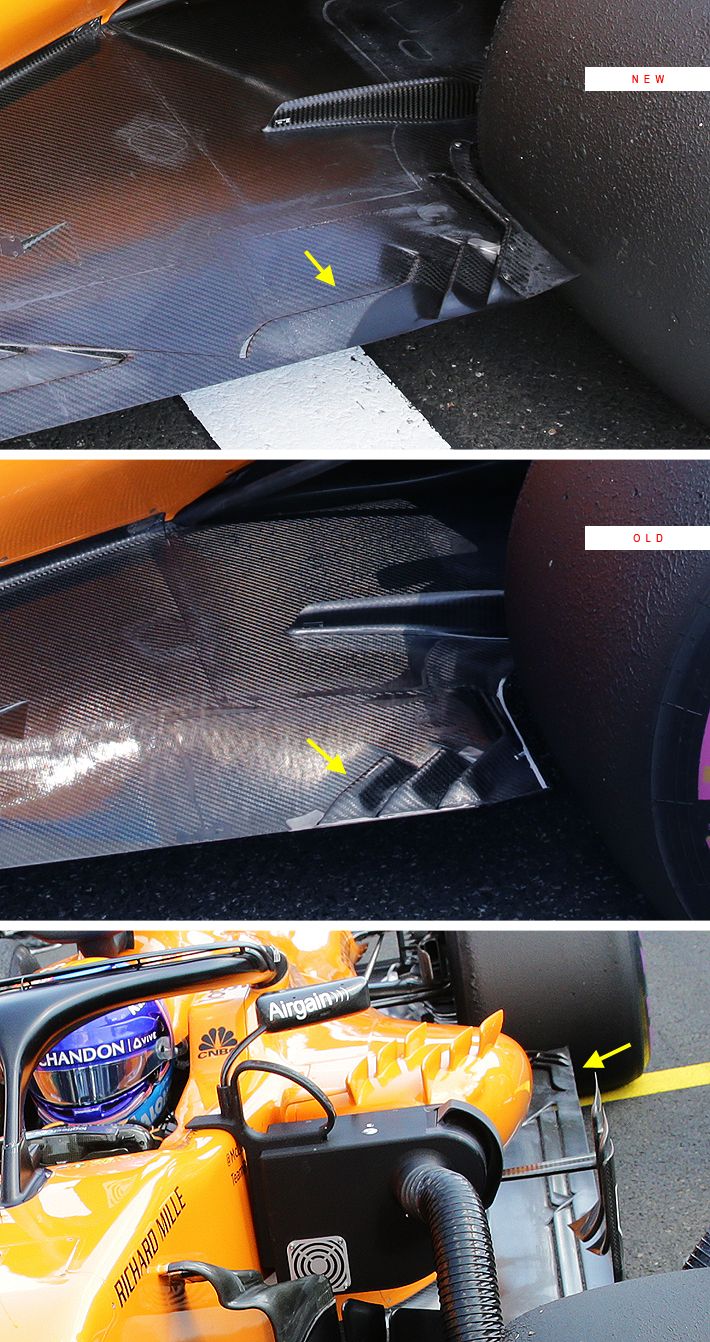 The floor of the McLaren has also been modified in the area just in front of the rear wheels. The third slot has been replaced by a longitudinal slit. This is a trend observed on most cars, as we explained in the technical analysis of the German Grand Prix. The role of these slots and slits is to seal the edges of the diffuser and optimize its operation.

In Germany, McLaren had modified the winglets attached to the edge of the engine cover. They have been validated and installed on the MCL33s of Fernando Alonso and Stoffel Vandoorne for the Hungarian Grand Prix.