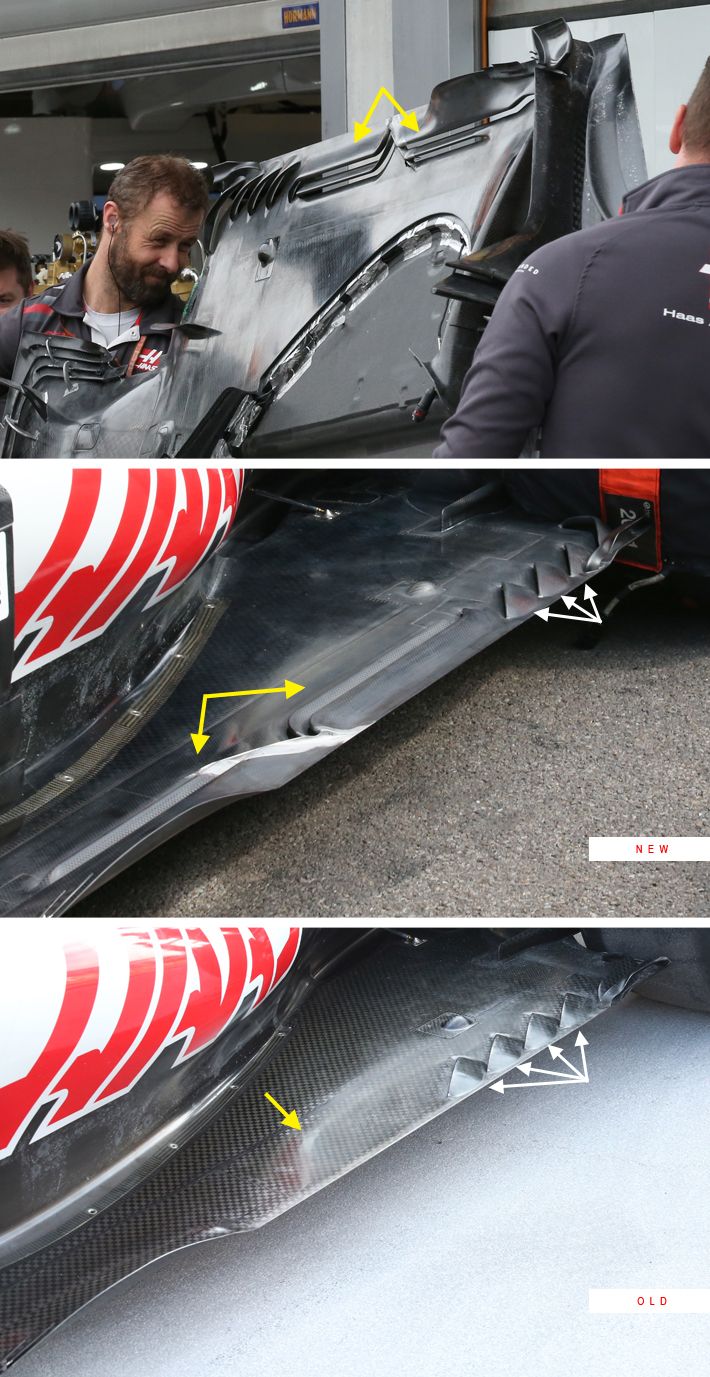 Haas and Renault, fighting for fourth place in the constructors' championship, each introduced a new floor at Spa.

That of the VF19 now has longitudinal slits seen on the edge of the floor, already seen on other single-seaters. As the season progresses, technical solutions are starting to converge.

Present since the beginning of the season on both the McLaren and the Renault, these slits appeared on the Ferrari and the Force India in Spain, on the Toro Rosso in Austria and on the Red Bull in Germany.

The design of the Haas looks a lot like the one presented by Ferrari in Spain: two longitudinal slits divided into two sections by a strake intended to limit the flexibility of the floor in this area.

These longitudinal slits seek to bring high-pressure air from above the floor to go under the car, in order to create a kind of skirt, which seals the edges of the diffuser. By coming into contact with the low-pressure air flowing under the floor, the high pressure air will generate vortices that constitute a kind of wall. Like the skirts of the 1970s and 1980s, this wall will, on the one hand, seal the gap between the flat bottom and the track and, on the other hand, protect the diffuser from the dirty wake caused by the rotation of the rear wheels (“tyre wake”).

At the back of the floor, the edges of the diffuser have been slighty reworked. 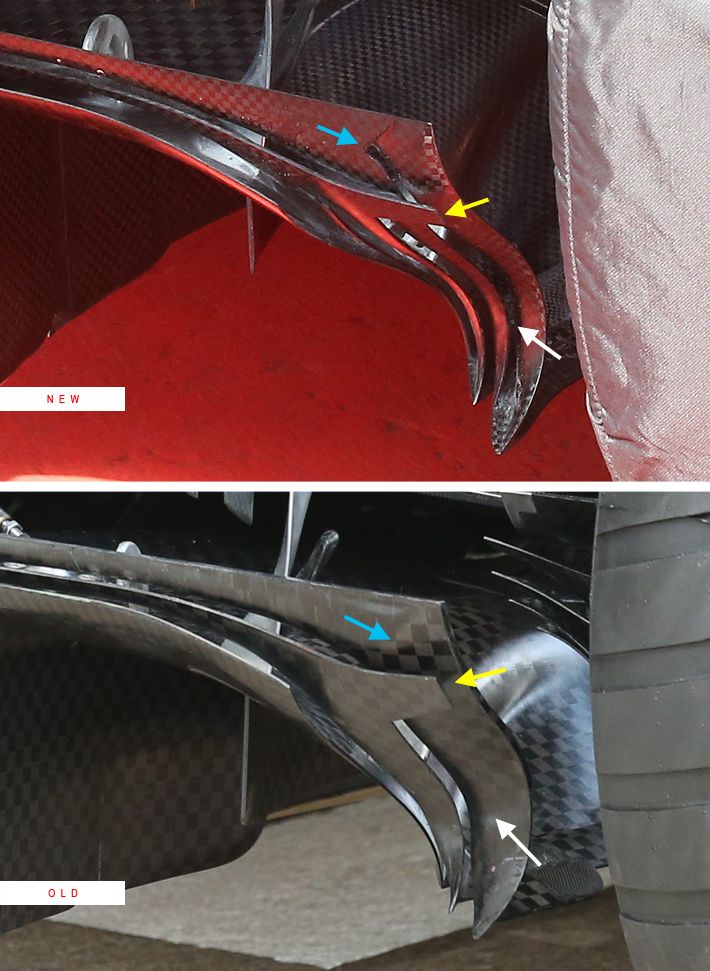