Williams might have slipped down to fifth in the 2016 Formula One Constructors’ championship, but the Mercedes-powered FW38 remains a car worth taking a look at. Cue Nicolas Carpentiers’ under-the-skin pictures and commentary. 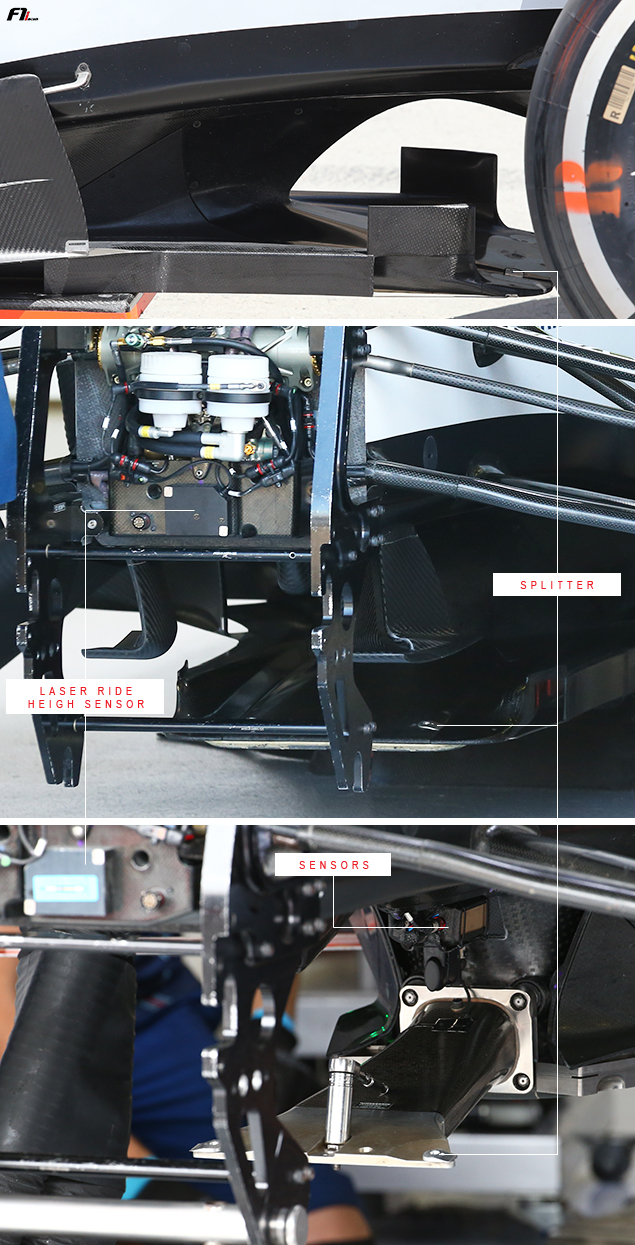 As its name suggests, the splitter, which is an integral part of the carbon floor, serves to ‘split’ the airflow over and under the car, as well as on both sides. The internal structure of the element is quite particular on the Williams FW38.

The outside carbon casing (see first two images) covers a big component, which is attached to the survival cell (see final picture). Its shape is quite unusual and different from what can be seen on other F1 cars.

The component is partially made out of metal, probably because the front/rear weight distribution is defined by the technical regulations. F1 engineers used to rely on parts entirely made out metal in order to have more weight at the front. In 2017, the minimum weight on the front wheels will be 328kg, against 387kg at the rear. The missing 7kg to reach the mandatory 722kg are left to the discretion of the teams.