Nico Hulkenberg will start from third place in the Le Mans 24 Hours after Porsche dominated qualifying.

The race will start on Saturday with a Porsche 1-2-3 after the times from the opening qualifying session on Wednesday went unbeaten during the final two sessions on Thursday evening.

Thursday's Q2 session was ended prematurely by a heavy crash for Jan Magnussen in the #63 Corvette, with the Dane hitting the wall after going straight on at the Porsche Curves with an apparent mechanical issue. McLaren test driver Kevin Magnussen tweeted that his father was OK after the incident, though the session did not restart as work was carried out to repair the barriers.

As a result, the final qualifying session was extended to two and a half hours running from 2130 - 0000, but saw little in the way of improvements. With all three Porsche's failing to get near their times from Wednesday, the #18 of Neel Jani, Marc Leib and Romain Dumas took pole position with a best lap of 3:16.887.

The #17 Porsche 919 of Timo Bernhard, Brendon Hartley and Mark Webber qualified second, 0.880s adrift, while Force India driver Hulkenberg will start his first ever Le Mans from third place. Hulkenberg - who says he is enjoying the challenge of racing in a front-running car and dealing with traffic - is driving alongside Nick Tandy and Earl Bamber in the #19 entry, and Tandy did manage to lower the trio's best time to within two seconds of pole.

Audi will start from fourth, fifth and sixth, with defending Le Mans winners Benoit Treluyer, Andre Lotterer and Marcel Fassler starting from fifth place in the #7 car. The two Toyota entries are next after struggling to match the pace shown by Audi and Porsche so far in this World Endurance Championship (WEC) season, with the lead Toyota some 6.6s slower than Jani's pole time.

Nissan's radical new LMP1 entry continued to struggle, with the fastest of its three cars over 20 seconds off the pace. Former Marussia driver Max Chilton will start his first Le Mans 24 Hours from 13th alongside Jann Mardenborough and Olivier Pla in the #23 car, while the slowest Nissan LMP1 entry was even outqualified by the lead LMP2 car.

The race starts at 1500 local time on Saturday. 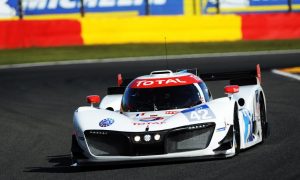 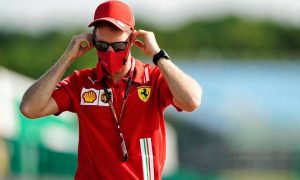