Courtesy of Pirelli, we've put together a summary of the 2017 pre-season testing in Barcelona.

Ferrari's Kimi Raikkonen heads to Australia as the fastest man of 2017. The projected target of seeing the cars at least five seconds faster than in 2016 was met in Week 1 in Barcelona, with the benchmark lowered even more this week.

"Considering that many of the best times were set on compounds that are not particularly suited to Barcelona, and that the cars are sure to evolve rapidly over the course of the season, this indicates the phenomenal potential performance of the new generation of Formula 1, which we can say produces the fastest cars that the sport has ever seen." 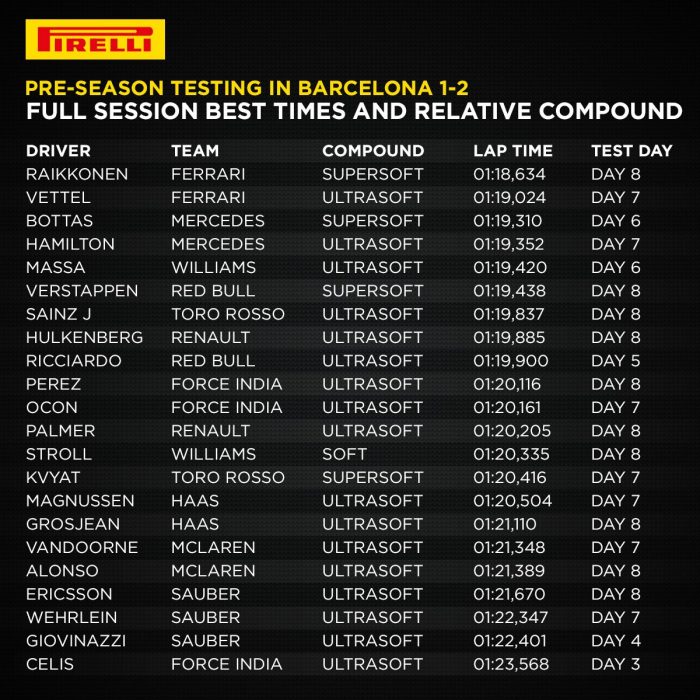