A successful crowdfunding campaign has raised more than £250,000 and unlocked the next stage of plans for the new Jim Clark Museum in Duns.

At the same time, the publicity generated by the campaign led to further donations made by private individuals totaling another £100,000, and confirmation was received of a further £75,000 in grants from other charitable Trusts and Foundations.

The current plans will redevelop the existing Jim Clark Room in Duns, Scottish Borders, into a modern museum with space to display new memorabilia and two of Jim Clark’s race cars.

Features will include new image galleries, film footage, interactive displays and a technology and education zone.

Exhibiting the cars in which Jim Clark raced will be the star attraction for the new museum, which is expected to generate significant economic and tourism benefits to the Scottish Borders and Duns community by attracting thousands of visitors each year.

"It’s been heartwarming to see hundreds of people from countries around the world backing this project, and their support over the past couple of months has been vital in ensuring the plans for the museum stayed on track," said Doug Niven, cousin of Jim Clark and a Family Trustee

“We still need to raise more money to ensure we reach the required £300,000 required, we’ll be working hard in the months ahead to make it happen and people can still donate if they so choose via the Jim Clark Trust website."

Sauber drivers keen to get started in Sochi 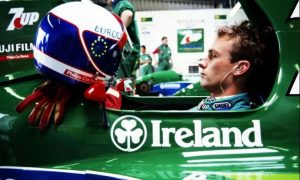