Jenson Button continued to get acquainted Thursday afternoon in FP2 with McLaren's 2017 challenger, fine-tuning his understanding and mastering of the car.

Button's initiation went well in the morning but getting on top of the car's performance later on was a predictable challenge.

"In FP1, I found my feet pretty quickly, FP2 was a bit trickier because there was so much more grip and it’s just very different to what I’ve experienced for the last seven years," he said.

"I’m braking for corners and I just feel like I’m gonna be in the barriers. It’s strange initially, but I’m definitely getting to grips with it.

"High-speed is so much fun, the first part of the Swimming Pool is flat – I can’t remember the last time it was flat, it probably hasn’t ever been for me.

"That’s great, Turn 3 is a lot of fun as well, but there are braking areas where there’s a lot of work still to do, to get confidence to brake hard.

"It’s the old beginners' thing. You brake early, you lift early, you turn in and accelerate early and you understeer off.

"There’s a lot to come and hopefully I can sort myself out on Saturday morning after I’ve been through the data." 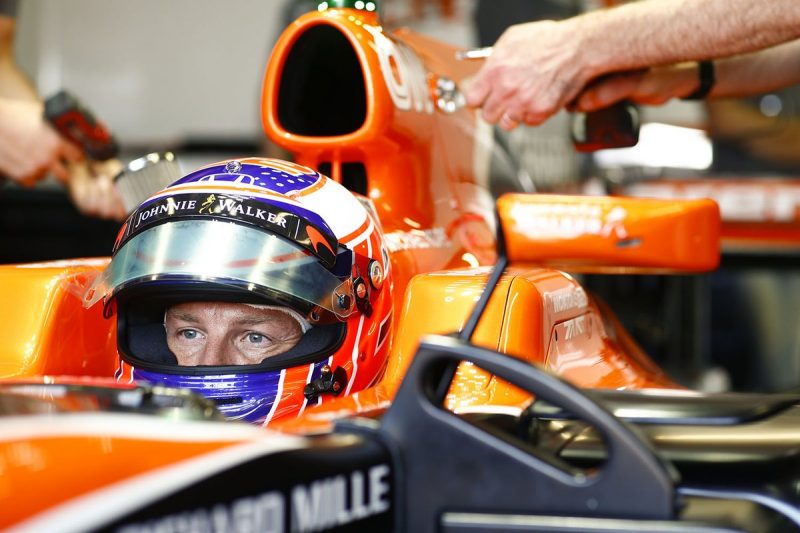 While nowhere near  exploiting the MCL32's full potential,  Button took to driving an F1 car around Monaco like a fish takes to the Mediterranean.

"I drove through Turn 5 and immediately I had a little giggle to myself that I was driving a Formula 1 car again, after seven months and it was around Monaco," he said.

"Lovely experience, really.But whatever happens this weekend, for most of it, it will be forgotten on Monday.

"The important thing is to enjoy what I do this weekend and that’s it, really. Have fun and make some more memories for myself."

GALLERY: All the action from Monaco

Toro Rosso makes progress by going its own way

Gallery: All the pictures from Thursday in Monaco