The 1989 Canadian Grand Prix saw Thierry Boutsen step into the footsteps of his countryman and idol, the great Jacky Ickx.

As often in Canada, it was a drenched race but also a somewhat lucky win for the Belgian.

Boutsen was driving for Williams and hailed as a solid, consistent racer albeit one who perhaps lacked the ultimate sharp edge that separates the fast from the blindingly fast.

It was raining on race morning and Boutsen launched his FW13 from sixth on the grid. Drivers jockeyed for position in the first few rain-soaked laps marked by a frenzy of pit stops as everyone guessed how the weather would evolve.

Boutsen's team mate, Riccardo Patrese found himself in the lead while the Belgian pitted for slicks just as the rain got worse. Eventually, a semblance of order prevailed up ahead just after the half-way mark, with Ayrton Senna's McLaren  leading the Williams duo of Patrese and Boutsen.

The Italian's pace suddenly slowed as his car's undertray gave way and Boutsen flew by into second.  But there was drama ahead when Senna's engine blew as he was cruising to the checkered flag.

Thierry Boutsen was more than happy to collect his first Formula 1 win. 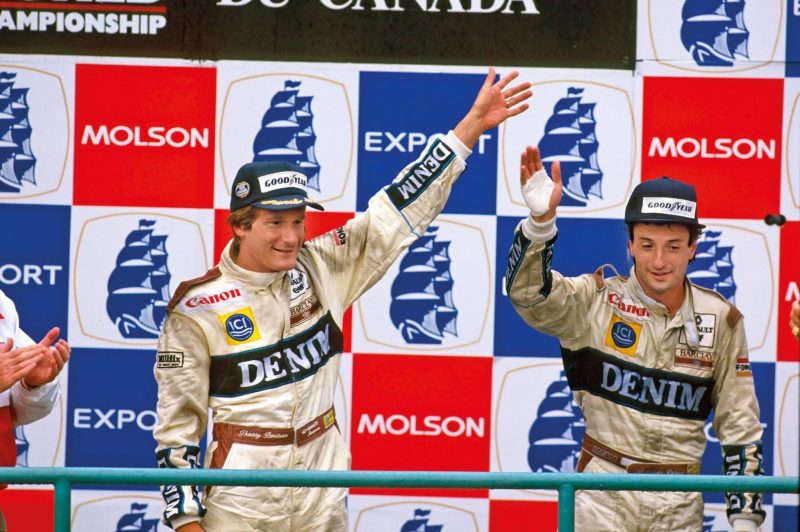