After a troubled weekend in the Principality, the Silver Arrows returned to their winning ways in Montreal with a one-two commanding triumph.

Wolff offered some insight into how Mercedes turned around its form, a hard labour which kept its factory's lights turned on around the clock.

"The team was flat-out," Wolff explained.

"A group of engineers came together, in order to calmly assess what happened. And any time of the day or night, when you were in the factory there were lights on and people were working with the simulator.

"I am encouraged by what I saw here -- I wasn't so optimistic at the end of FP3 but now it's really good.

"Lewis [Hamilton] is obviously an integral part, Montreal is a circuit he's just stellar at, and he showed that in qualifying. If you follow the on-board it's almost frightening. And he showed it in the race again."

While Hamilton insisted that Mercedes' W08 still suffered from a few weaknesses, they certainly weren't apparent during a weekend of flawless performance.

"The leadership of the process was probably six to eight people," Wolff said.

"With all the groups that worked underneath, to analyse the data that have done the hard job about digging through all the data and then it's about making the right conclusions.

"There are no silver bullets in this sport: we always try to grab an easy explanation in one area and to perfect this you have to put it altogether.

"So we looked at all areas: it was aero, it was mechanical balance, it was set-up work, it was the tyres themselves, and the way the drivers drove the car.

"Not one is responsible for achieving a major step change in driving behaviour." 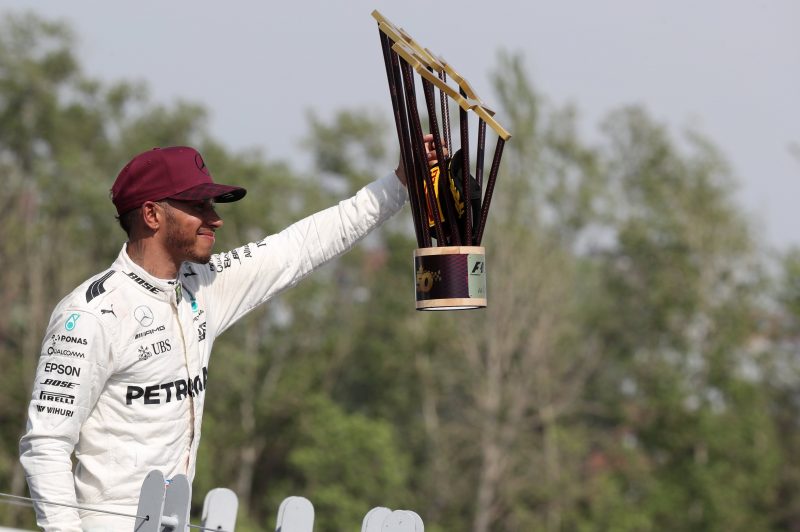 Wolff is still cautious however, convinced the team will require a constant effort as it moves forward, with no guarantees that it has reached a definitive breakthrough.

"We understood it much better, with another set of valuable data points, but now we have to move to Baku."

Villeneuve beats up on 'worst rookie ever' Stroll