Felipe Massa went through a revolving door at the beginning of the year, retiring from F1 only to be pulled back in after Valtteri Bottas joined Mercedes.

But the 36-year-old, who is in his fifteenth season of F1, is enjoying his racing at Williams and ready to extend his stay at the Grove-based outfit.

"As the middle of the season draws near, it is inevitable that talk has started shifting to 2018, and I've already started facing questions from the media about my plans for the future – and especially next year," Massa wrote in his Motorsport.com column.

"I feel good, I'm happy doing what I'm doing and I have a great relationship with the whole Williams Martini Racing organisation.

"Plus, above all that, I know I'm still competitive, which is what matters most.

"So on that basis, I would be happy to continue what I have always wanted to do – which is to race in F1."

Massa also praised team mate Lance Stroll for the Canadian's first world championship points, a much-needed achievement for the rookie given his troubled start of the year.

"After some difficult times in F1, he needed a breakthrough like this, and I am certain that taking away some points from his home race will allow Lance to continue his rookie F1 season with more confidence."

The subject of Massa's future will be revisited over the summer, but now the Brazilian is just focused on the next race.

"I am just looking ahead to the Baku track, which is another venue where our car could show well. Last year the results were positive, and I think again the circuit will suit our 2017 challenger." 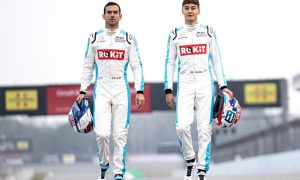 Russell: 'Underrated Latifi will keep me on my toes'