Bottas collected his first career win this season when he triumphed in Russia, but has raked in three wins so far this season.

But the Finn believes that over a single lap, he is just as fast as his distinguished team mate.

"I think we are very close, I don't see a difference," he said.

"I believe in myself. He has more experience. He has been with the team for a much longer time, and I see no reason why I could not match him always. I think it is possible.

"I know I can win races, I have proved it, and I can be on pole position, so it is possible always.

"But he is not an always easy team-mate to battle with.

"It is a great motivator for me to be with Lewis though. He is a great reference."

Bottas was offered a one-year contract with the Silver Arrows team after leaving Williams in the wake of Nico Rosberg's surprise retirement.

While he has performed in line with the German outfit's expectations so far, Bottas also knows that he will need to sustain a consistent performance level to renew his lease with mercedes for 2018.

"It's about delivering on the level where the car is, and helping with the development," he said.

"It's about working as a team, and winning races, which normally is what a team requires.

"It [Mercedes] is a winning team, at a high level, so they expect a lot from the driver. Almost every driver would like to drive for Mercedes, so for sure I need to perform to stay.

"My ambition is to have a long-term relationship with the team and I hope it is possible." 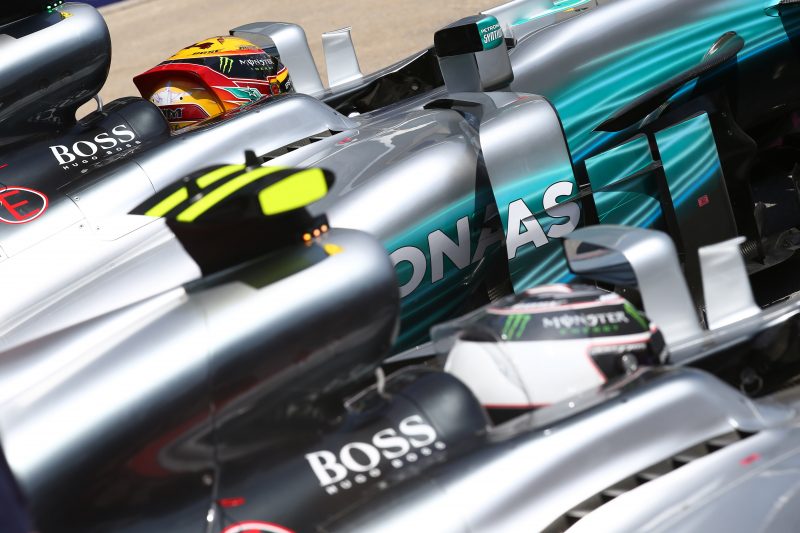 The 27-year-old admitted that the fact that he had won early on in the season was somewhat of a relief.

I was hoping for Melbourne - that was my goal! But I think it was nice it was the fourth race.

"It was nice it was in the beginning part of the year too, to get it done. I don't need to think about it anymore.

Grosjean looking forward to Baku and another mid-field battle

Palmer: 'I've been guilty of overdriving the car'