Kevin Magnussen believes Stoffel Vandoorne is not "in his happy place" as the Belgian struggles to perform in his maiden season of F1 with McLaren.

Expectations were high for Vandoorne coming into 2017 after he was  entrusted with Jenson Button's seat at the Woking-based outfit.

A victim of Honda's dismal reliability and performance at the outset, Vandoorne has disappointed however in terms of relative performance compared to team mate Fernando Alonso.

A deficit McLaren's Eric Boullier has partly put down to a driving style the 25-year-old inherited from the junior categories but which appears inadequate for F1.

Magnussen, who was also a member of McLaren's junior program before racing for the team alongside Button in his first full season of F1, is puzzled by Vandoorne's struggles.

"I don't know why he is struggling," said the Haas driver.

"He's clearly not in his happy place because he wouldn't be half a second off Fernando otherwise. I'm a bit surprised - he can be very good I'm sure.

"I guess I can relate a little bit. He also has a very good opportunity as he's up against someone who is seen as one of the best in Formula 1.

"He has the opportunity to really show himself. I know he's a very good driver and I know he can do it, but he's struggling for different reasons but it can be very tough in his situation." 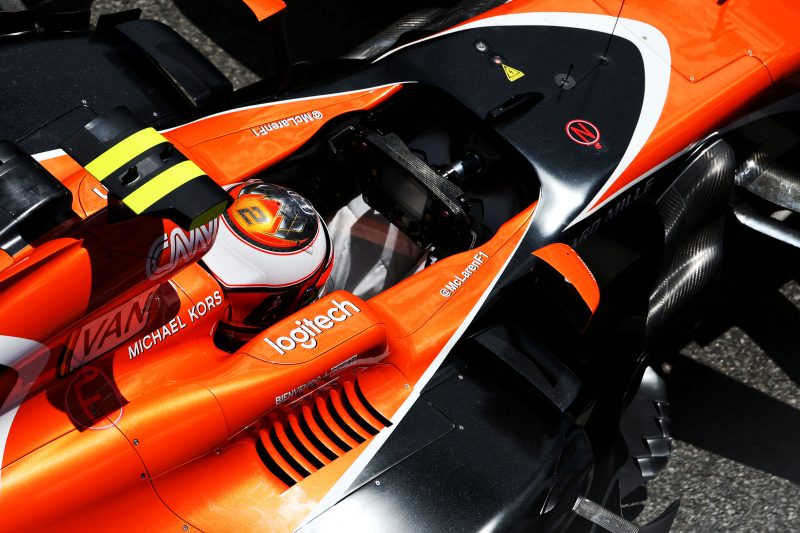 In McLaren's team preview before Baku, Vandoorne wasn't expecting any fireworks on the power-hungry track which will once again only underline his power unit's weakness.

"The circuit is a real mix of great characteristics from other tracks – high speeds and long straights but also close racing and heavy braking for the tight corners on the infield section of this street circuit layout," said the Belgian.

"It has a bit of everything so there’s a lot for our engineers to work on. It’s heavy on fuel consumption and puts high loads on the ERS, so we’ll need to try to optimise our package to adapt to the demands that the weekend will throw at us."

Hulkenberg: Still lots of potential to unlock at Renault