Despite its dismal track record this year, marked by under-performance and shaky reliability, Honda will not heavily change the architecture of its power unit for 2018.

Upon its return to F1 in 2015, the Japanese manufacturer's first delivered an extraordinarily tightly bundled engine to partner McLaren, on the latter's request.

This season,  Honda revamped its approach with a more conventional format, and one which Honda boss Yusuke Hasegawa believes still has the ability to match the output of rivals Mercedes and Ferrari.

"We introduced a new power unit concept this year, so I would almost call this Year One again," Hasegawa explained on the Honda website.

"But our aim is to develop the 2017 concept into the 2018 season and hopefully 2019 as well. So the engine weight, centre of gravity and the combustion concept is all going in the same direction as the other three engine manufacturers.

"It was good for us to do that. We can modify the specification of some of these parts to catch up with the other three engine manufacturers.

"Last year the engine concept was completely different, so with minor modifications we could not duplicate the same type of performance.

"That's why we really needed to change the whole engine concept this year."

Honda's first tests on its dyno revealed early on the unit's reliability issues. But other troubles - undetectable on the dyno - also emerged once the McLaren MCL32 hit the track.

"Many items we could not test on the dyno, so it is normal that we need to check some functions in the car.

"The oil tank is one of the biggest items, so we have a rig for the oil tank but we cannot recreate the same types of G forces and conditions as in the car.

"Of course, by design we have to consider the actual car situation in theory, but sometimes it is not always the same situation so that is why we had some issues with the oil tank first.

"The second issue was down to the vibrations. On the dyno, the model is stiffer and heavier, so it doesn't create any synchronised vibrations, but on the car -- with the gearbox and the tyres -- there is a much lower level of inertia.

"Low inertia does not always create vibrations but it's completely different from the dyno and that's why we suffered a huge vibration on the car. Of course, we were aware some level of vibration would come in the car but it was much bigger than we expected." 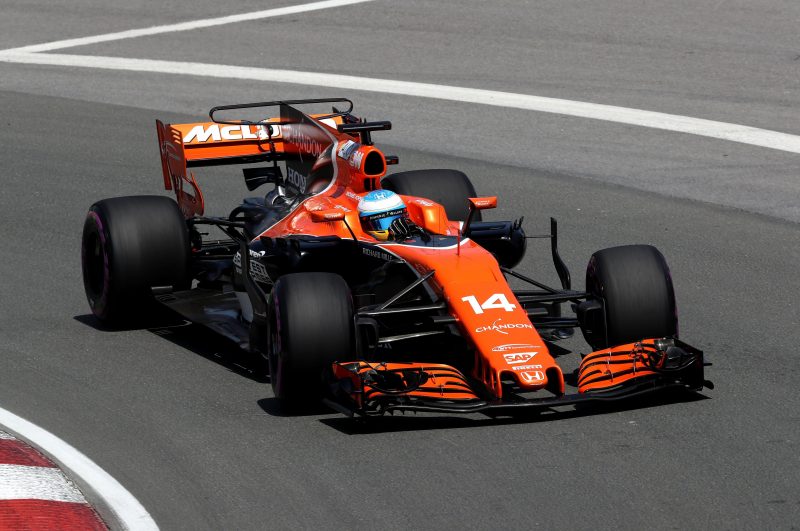 At the end of the day, Hasegawa believes Honda, through its trials and errors, has a solid foundation to build on for next year, although the identity of its partner, or partners, is still up in the air.

"We don't stop developing, we need to keep updating. Of course the performance and results are the most important things but it's all learning for the future too.

"Compared to last year we needed to modify the engine concept, but next year we will keep the same concept.

"It's good that we can use the same concept because this year's development and improvement is directly connected to next year. So that means we don't need to stop the current development, and from that point of view we have already started next year's design."