Williams' Lance Stroll has made huge progress since he kicked off his maiden F1 season in Melbourne and says Paddy Lowe played a big role in helping him improve.

The 18-year-old's debut this season was a complicated affair, marked by several crashes and mishaps which only fanned the flames of criticism sustained by those who believed the teenager was out of his depth in F1.

Slowly but surely however, Stroll got acquainted with his new environment, achieving a break through points finish in his home race in Canada before achieving his first podium at the following event in Baku.

As he extricated himself from a difficult plight, Stroll was helped by the support and influence of Williams tech boss Paddy Lowe.

"He’s a realistic guy, and I really respect that."

Under Lowe's guidance, Stroll learned to keep his expectations - and his emotions - in check,and focus on one issue at a time.

"You can’t put your expectations through the roof. If you surprise yourself, great, but if you don’t then just work from there – any other mindset would be wrong," he adds.

"If you expect to come in and blow everyone away at 18 years old, that’s a bit ambitious.

"The realistic mindset, being in the process, taking it weekend by weekend, concentrating on one thing at a time, that’s the best way to compete.

"If you let emotions into it and start getting ahead of yourself, it normally goes downhill from there."

Paddy Lowe believes the young charger has reached an important threshold, and now enjoys a foundation from which he can build his confidence and refine his skills.

"There were some very difficult periods, but actually I feel he’s cracked it now and we can only really get better from here," Lowe told Motorsport.com. 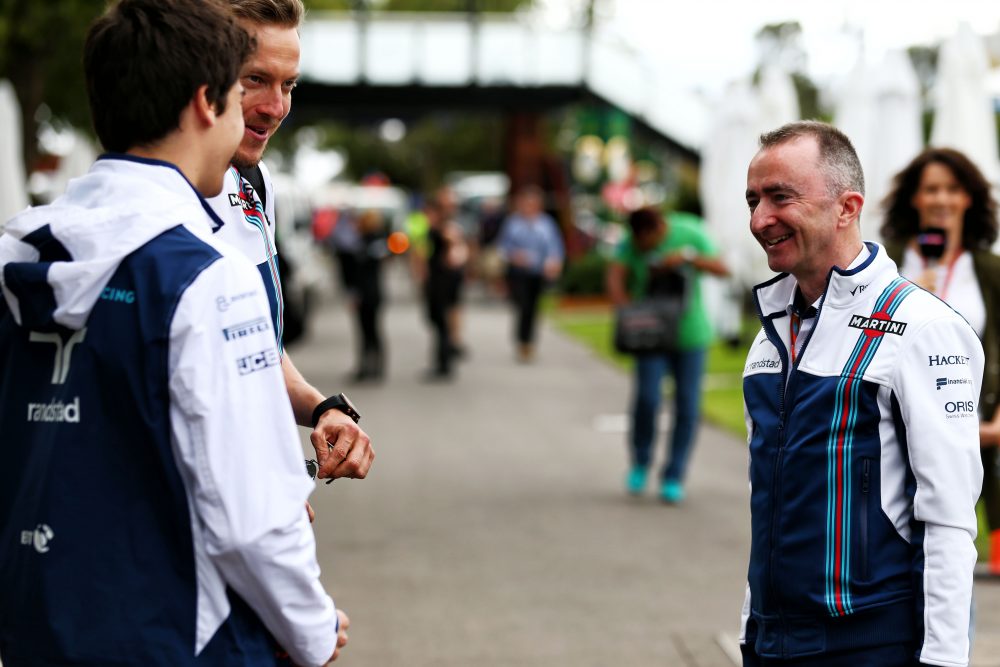 Lowe is a believer in the Canadian's ability to emerge as a force to be reckoned with in Grand Prix racing.

"He is racing really well. He shows great maturity on race day, that was no more clear than in the race in Baku. He kept his head, stayed clear of trouble while still maintaining good pace.

"That sort of maturity normally takes some years to become apparent, so I think he’s showing great promise in that respect.

"It is just incremental [learning] in the car over the next one to two years. If he keeps up that rate, he will be showing himself to be a very strong competitor."