Formula 1 resumes in Spa this weekend, a power track which also happens to be the longest circuit of the year at 7.004km.

Elevation changes, variable weather and significant energy loads are but a few of the challenges awaiting teams and drivers in Belgium, but also Formula 1's tyre supplier Pirelli.

Pirelli will bring the purple ultrasoft tyres for the first time to Spa-Francorchamps, together with the red supersoft and yellow soft.

These are the three softest tyres in the range, selected together for the sixth time so far this year.

But given the predictable presence of rain at some point over the weekend, there’s also a strong chance of seeing the Cinturato green intermediate or blue full wet tyres in the Ardennes.

Spa is a favourite of nearly all the drivers, incorporating classic corners such as Eau Rouge and Pouhon that make it a real rollercoaster ride, as well as a true test of bravery.

Mario Isola, head of car racing at Pirelli, is predicting a two-stop strategy in most cases on Sunday.

"Pirelli was racing at Spa for the 24 Hours last month, which showcased everything this circuit is famous for: changeable weather, unpredictable competition, and heavy demands on the tyres.

"Now that we are bringing the ultrasoft tyre there for Formula 1, we would expect those demands to increase further with the latest generation of cars: two stops would appear to be a likely strategy but we will know more after the first free practice sessions.

"Working out the optimal race strategy is especially tricky at Spa as it has to be flexible: the possibility of rain, safety cars, or even a red flag - as we saw last year - means that teams often have to react to changing circumstances rather than follow a fixed plan." 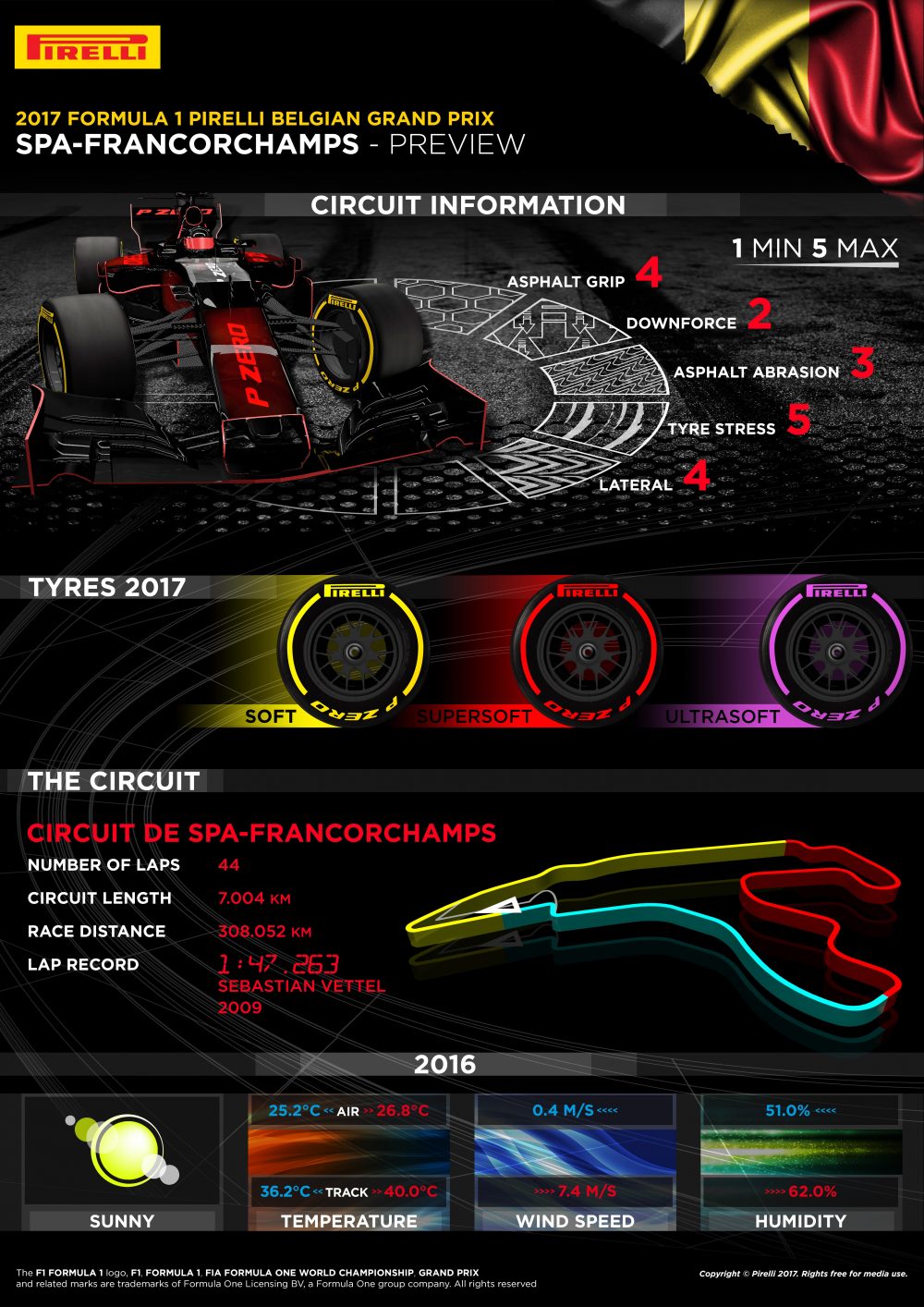 Boutsen: 'Vandoorne must have patience'