The majority of Formula 1's field has opted for Pirelli's ultrasoft compound for next week's final round of the F1 world championship in Abu Dhabi.

Among the mid-field runners, McLaren and Williams have also gone for ten ultrasoft sets, while Renault's drivers have selected just eight sets of Pirelli's softest rubber. 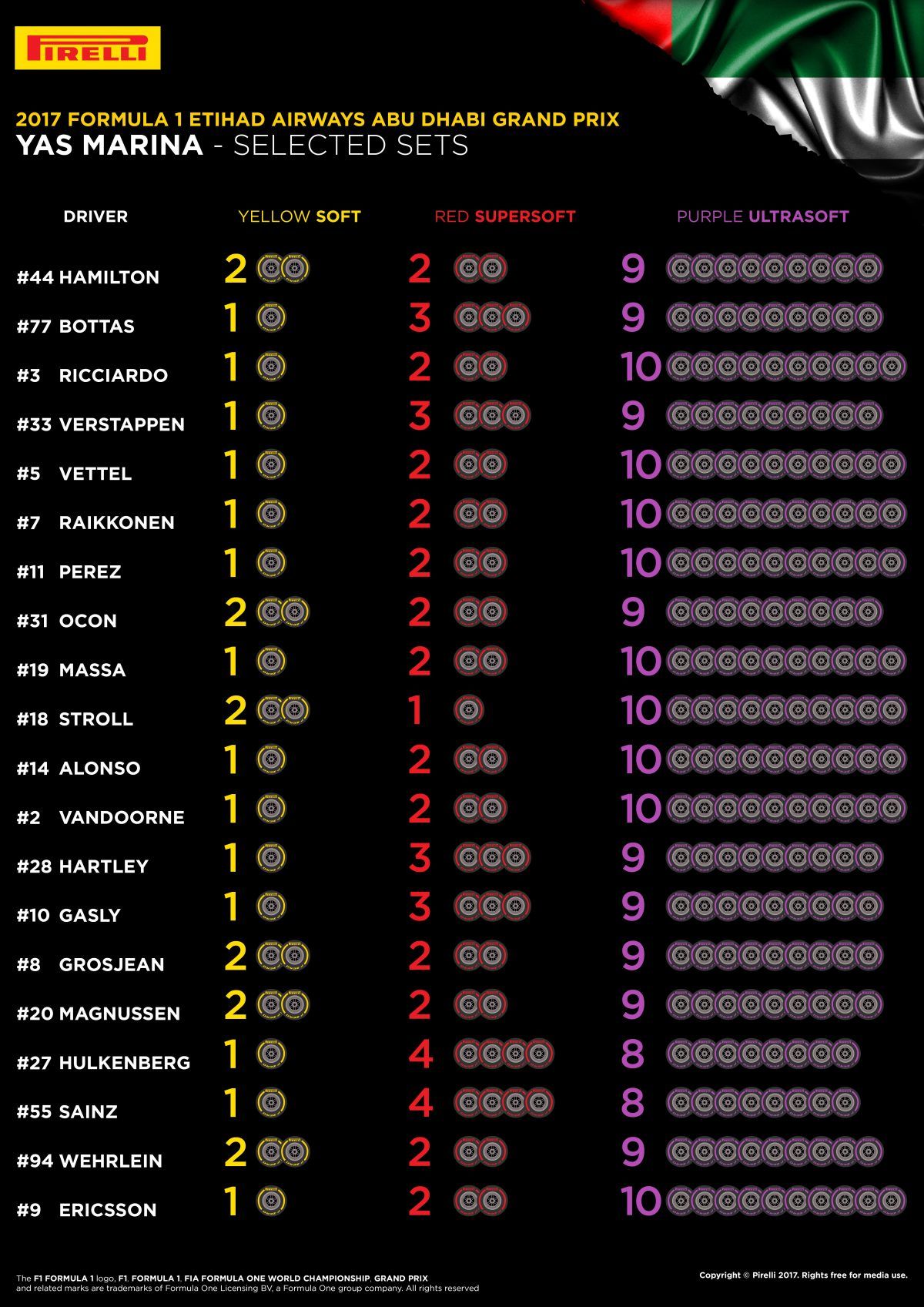 Brawn 'a little shocked' by teams' response to 2021 engine