Valtteri Bottas succeeded in putting the disappointment of Brazil behind him, converting pole position to a smooth, drama-free victory in the 2017 Abu Dhabi Grand Prix.

His Mercedes team mate Lewis Hamilton did his best to keep kept him honest right to the finish. The pair were well ahead of third place man Sebastian Vettel, the Ferrari almost 20 seconds in arrears by the chequered flag.

Daniel Ricciardo's final race of the year ended in an early retirement after the Red Bull suffered a hydraulic issue. Carlos Sainz also retired when a wheel detached from his Renault after a pit stop.

As the sun set on the 2017 world championship, Mercedes began the final race of the year with their 50th Formula 1 front row lock-out. Valtteri Bottas had the upper hand with pole, and when the lights went out team mate Lewis Hamilton seemed content to settle for second in the relatively short run down to turn 1.

Ferrari's Sebastian Vettel held on to third place despite locking up into the first corner. Daniel Ricciardo came out on top in a close-fought battle against Kimi Raikkonen and Max Verstappen to hold on to fourth place. Sergio Perez managed to get ahead of Nico Hulkenberg, but the Renault then regained the position albeit by venturing off track in the process.

"They don't have to a genius to realise he cut the corner and gained an advantage," complained Perez over the Force India team radio. The race stewards concurred and handed Hulkenberg a five second penalty rather than requiring him to hand the position back.

The top ten were otherwise running in grid order, with the Mercedes pair pulling away at the front. However there were some good battles further back, Williams' Lance Stroll and Haas' Romain Grosjean enjoying a particularly entertaining battle over 13th place. The Frenchman finally made the move stick on lap 12.

Grosjean's team mate Kevin Magnussen had suffered a major setback at the start of the race. After a sideways jaunt through the turn 1 run off, he had then gone for a wild spin two corners later. He was able to get going again but spent the first eight laps stuck at the back, before finally picking off Marcus Ericsson's Sauber to begin his comeback.

Ericsson - along with his team mate Pascal Wehrlein and Toro Rosso's Brendon Hartley - had chosen supersofts for the first stint while everyone else was on the shorter duration ultras. The first man to pit was Stroll, who came in immediately after losing out to Grosjean. Vandoorne responded next time around after struggling and losing ground over the opening laps.

Verstappen was the first of the leaders to pit on lap 15, trading his ultras for supersofts and returning in ninth place behind Esteban Ocon. Raikkonen responded next time by, and despite a slight hold-up he was able to emerge ahead of both the Force India and the Red Bull. Verstappen got the call to pick up the pace and used his fresher tyres to made quick work of Ocon.

Perez was next to pit, and then it was the turn of Hulkenberg to come in. After serving his five second penalty the pit crew then struggled to pull off the right rear wheel. Despite these setbacks, Hulkenberg returned to the track just ahead of Perez in 12th and immediately set to work lining up Grosjean for a pass on lap 21.

A slow puncture resulting from contact with the barrier at turn 19 sent Ricciardo diving into the pits at short notice, catching out the Red Bull pit crew. However it was quickly apparent that the RB13 had bigger problems. Ricciardo radioed that "Something feels weird ... I think I'm losing power steering." Sure enough, he was soon forced to pull off the track and retire with a hydraulic issue.

Bottas and Vettel both used the opportunity to make their pit stops, putting Hamilton into the temporary lead of the race. Any thoughts of his pulling off the overcut quickly faded and Hamilton pitted on lap 25. He came back out two seconds behind his team mate and immediately started eating into the gap. The Mercedes pit wall cautioned the race leader: "Just be aware, Lewis is pushing." Having got into DRS range of Bottas, Hamilton then locked up and fell back again.

Esteban Ocon and Carlos Sainz made their long-awaited pit stops on lap 32. Ocon won the race off pit road and came back out in eighth behind his team mate Perez. However there was disaster for the Renault when it was clear that his front left wheel had not been securely attached. After nearly crashing in the pit exit tunnel, Sainz was forced to pull over and retire from the race. "Good effort guys," he said over the team radio. "It was coming like a nice one. What a shame!"

With all the scheduled pit stops now completed, Bottas and Hamilton continued to lead by almost 20 seconds from Vettel, Raikkonen and Verstappen on lap 34. Hulkenberg carried Renault's remaining hopes in sixth place ahead of the two Force Indias, with Fernando Alonso having got around Felipe Massa for ninth. Grosjean was the last car on the lead lap at this point, running in 11th place ahead of Vandoorne.

At the front, Hamilton continued to press hard. However Bottas seemed to have the situation well in hand. Each time his team mate threatened, the Finn was able to punch in a new quick lap to dance his way out of danger. As the final laps of the year ticked away it was clear that Bottas was on his way to pick up his third career victory with Mercedes.

With Ricciardo out of the picture, Raikkonen's fourth place meant that the Finn pipped him to fourth in the drivers championship. Hulkenberg's sixth place meant he finished in tenth place ahead of Felipe Massa on countback, despite the pair being tied on points.

Despite Sainz' earlier retirement, Hulkenberg's result alone was also enough to move Renault ahead of Toro Rosso in the final constructors championship standings.

The Italian team finished out of the points with both drivers on Sunday. Brendon Hartley finished 15th after labouring from a back row start, while Pierre Gasly lost the rear end of his STR12 and spun on lap 17, recovering to finish in 16th. 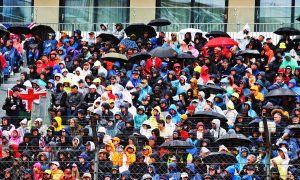 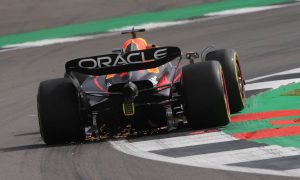