Fernando Alonso has insisted that a rejuvenated McLaren will be vying for regular podium finishes in 2018.

The two-time world champion believes that the team will be quickly up to speed now that its ill-fated partnership with Honda is firmly in the rear-view mirror.

He said switching to Renault will give them the power and reliability to show what the McLaren chassis is truly capable of.

"We are quite optimistic," he said. "We know what Red Bull is doing with the Renault power unit. They are maybe not the fastest in qualifying but they are quite fast in the race.

"They’ve been on a couple of podiums, they won two or three races," he pointed out. "With those kinds of results I think we will be very happy, if we are in the fight and if we can taste the champagne again."

McLaren has been absent from the podium for almost four years. And its last Grand Prix win was the 2012 Brazilian Grand Prix.

"In terms of results, it is always going to be difficult to predict,” Alonso admitted. "This is Formula 1 - it is not mathematical that you know in advance.

"Anything can happen. Even the favourite [teams], the champions, Mercedes cannot guarantee that in 2018 they will be fastest."

Alonso felt that the painful last few years with Honda had forced the team to learn and bond from the experience.

"The last three years we all changed here in the team," he said. "We all had some tough moments, we learned things, hard lessons sometimes because we had some painful retirements.

"The biggest thing I learned in the last three years was the speed of the team," he added. "They never give up. They were very united, very constructive, working flat out to bring even half a tenth for the next race even if we were fighting for 16th.

"That spirit in the team was remarkable, its something that I will keep for the long term," he said. "The team now is ready to perform at the best."

Undaunted Billy Monger is back in the saddle! 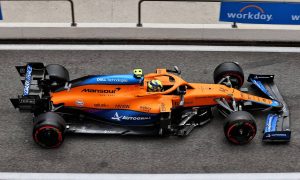 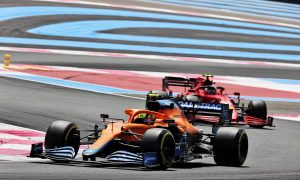