F1's Halo claimed its first victim when Pierre Gasly tore his race suit on a winglet mounted on the mandatory safety device.

The Toro Rosso rookie explained a relative difficulty posed by the element related to the access to his STR13's cockpit.

“I don’t like it, it’s just a big mess to get in the car and get out,” Gasly said after Tuesday's session.

"My suit is already broken. It’s only the first day and I have many holes on the back," he explained.

"You have to be a lot backward to slide in the car, it’s quite weird. Now with all the winglets you have on the Halo you cannot really pull to get out, you can’t really touch it.

"It’s quite weird conditions but nothing really important. I just prefer the old cars, that’s it."

While inconvenienced by the Halo, whether getting in or out of the car, Gasly insisted that once in the car, the element was not the source of any specific problems.

"To drive with it, it doesn’t make a big difference," he said.

"In terms of visibility it’s the same. Of course you see something on top of you which is a bit weird.

"But when you start to drive you are so focussed, you just pay attention to your driving, you don’t really see it." 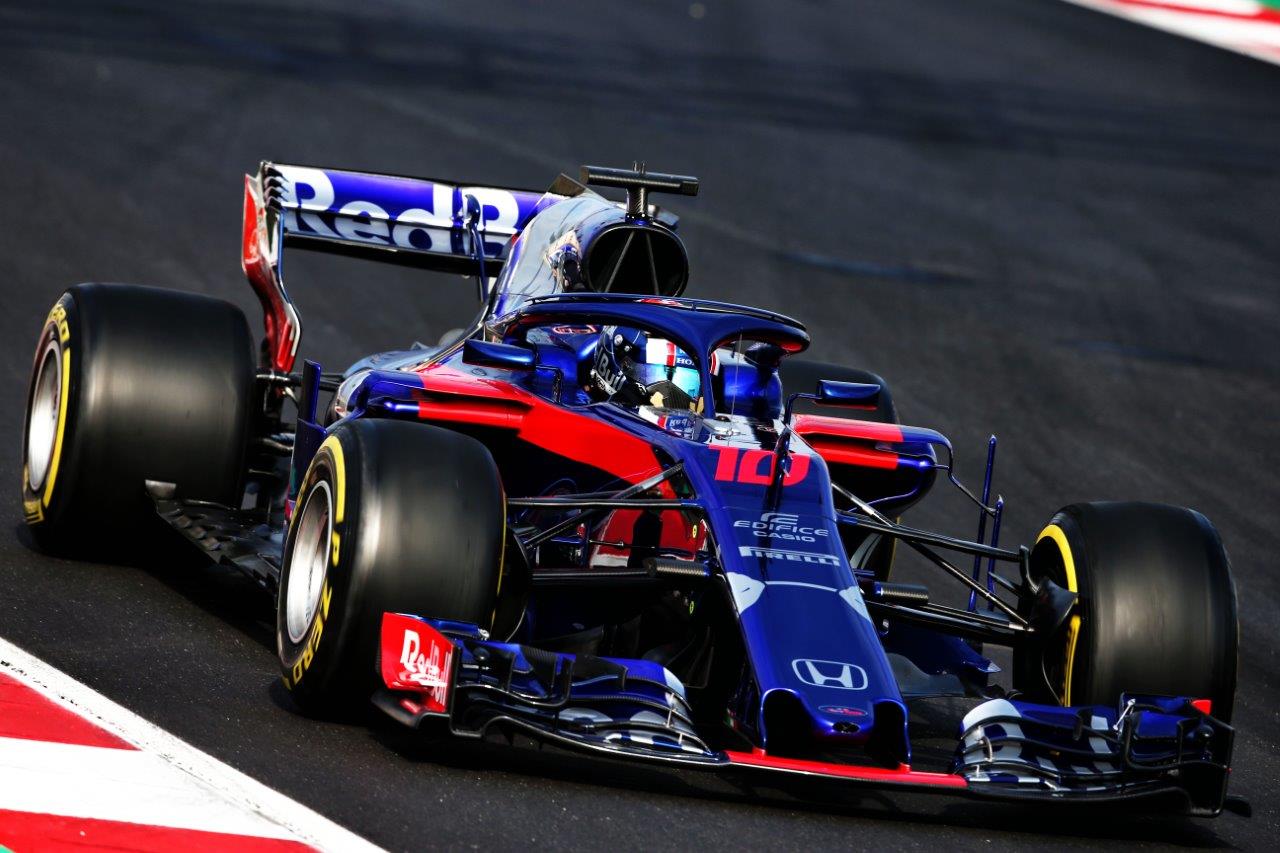 As for his day behind the wheel, Gasly said he was happy with the overall result of his workload despite the challenging conditions.

"This afternoon was the first time I drove a Formula 1 car in “snow conditions”, so it was quite epic!" he said.

"In terms of work, we got some good laps and more understanding about the car and the engine. We had some interesting tests, so overall I’m happy about today.

"The first feeling is positive, I felt comfortable with the car - It’s consistent from one corner to another, between the low speed, medium speed and high speed.

"I  still have a lot of work to do and I think we have some good directions overall. We didn’t do any qualifying runs or pushing laps, as our aim was more completing many laps and this is what we achieved, even if we changed the run plan because of the weather.

"This morning we started really late but I think overall we maximised the time we had on track and we did the best we could do with the conditions."

Vettel leads the way on chilly second day of testing