Eric Boullier believes McLaren's approach to the design of its MCL33 was perhaps too conservative, and has left the team in line with its targets but short on performance.

While Woking-based outfit hasn't suffered any major setbacks this season, the performance level of its 2018 car clearly trails that of its benchmark rivals, Red Bull and Renault.

For Bouillier, McLaren's relative under-performance is partly rooted in the fact the team's targets were perhaps not set high enough.

"The car is a match for the target, so that means maybe the target was not the right one," said the Frenchman.

"The car is still very balanced, if you listen to the drivers, they are happy with the balance of the car," he added.

"Whatever you try on set-up the car reacts accordingly. I think the car has no nastiness, if you want, in terms of design.

"We just need to make the car faster around the corners and in a straight line."

McLaren's management made clear before the 2018 season kicked off that Red Bull Racing offered a perfect reference point for the Renault-powered team in terms of relative performance.

To that end, Boullier admits McLaren is currently racing at a fair distance from the Milton- Keynes-based squad, but also lagging the works Renault outfit.

"We have the same engine as Renault and Red Bull and we are behind, so there is no hiding, nothing else than fact," he said. 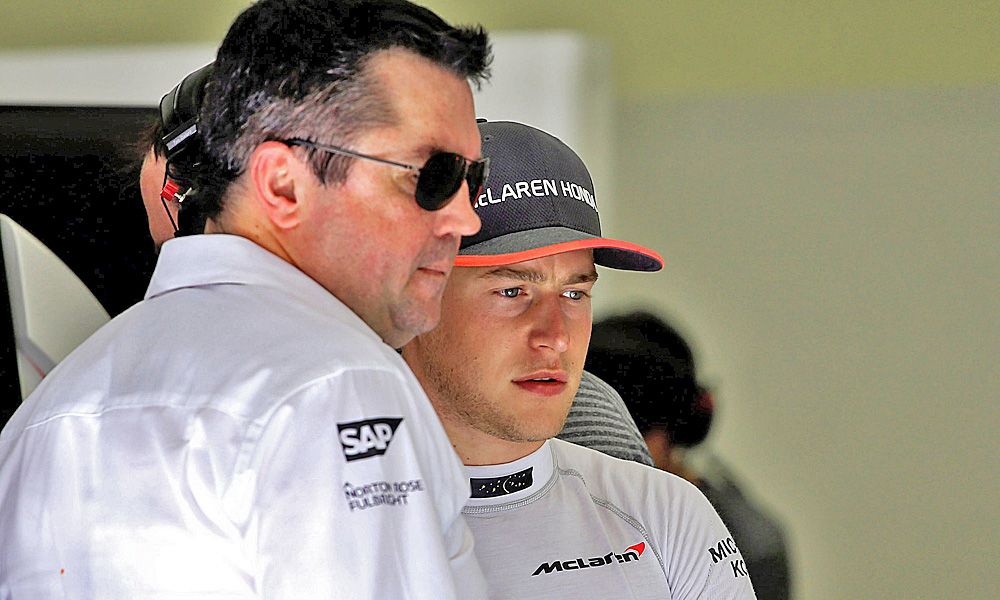 Boullier hopes McLaren's development program and upgrades scheduled to be implemented in Barcelona next month will help its MCL33 move forward.

"It's difficult, and we are definitely not happy where we are today. We have a lot coming in the pipeline, so hopefully it's going to help us catch up a little bit on the gap we have.

"It's definitely not what everybody was expecting, but it's not easy to step up and to obviously catch up the top three."

Magnussen has stability at Haas, and hopes to keep it for 2019