China's Shanghai International Circuit is exactly considered a power track, but the venue's 1.17km back straight is the longest of the season and to be competitive in the race, a high top-speed is vital.

No surprise therefore to see Ferrari labeled as outright favourites given the sleek virtues of the Scuderia's SF71-H , and even more so after Sebastian Vettel's pole position in qualifying.

The German was the fastest through Shanghai's speed trap with a top speed of 331.1km/h, but Valtteri Bottas' Mercedes is very close behind.

Lewis Hamilton was several km/h down on his team mate and has almost already conceded defeat to the red camp.

Williams' Lance Stroll and Sergey Sirotkin were the usual suspects among the laggards, but McLaren's typically slow-in-a-straight line MCL33 fared a bit better in China, although the team's overall pace in qualifying was disappointing. 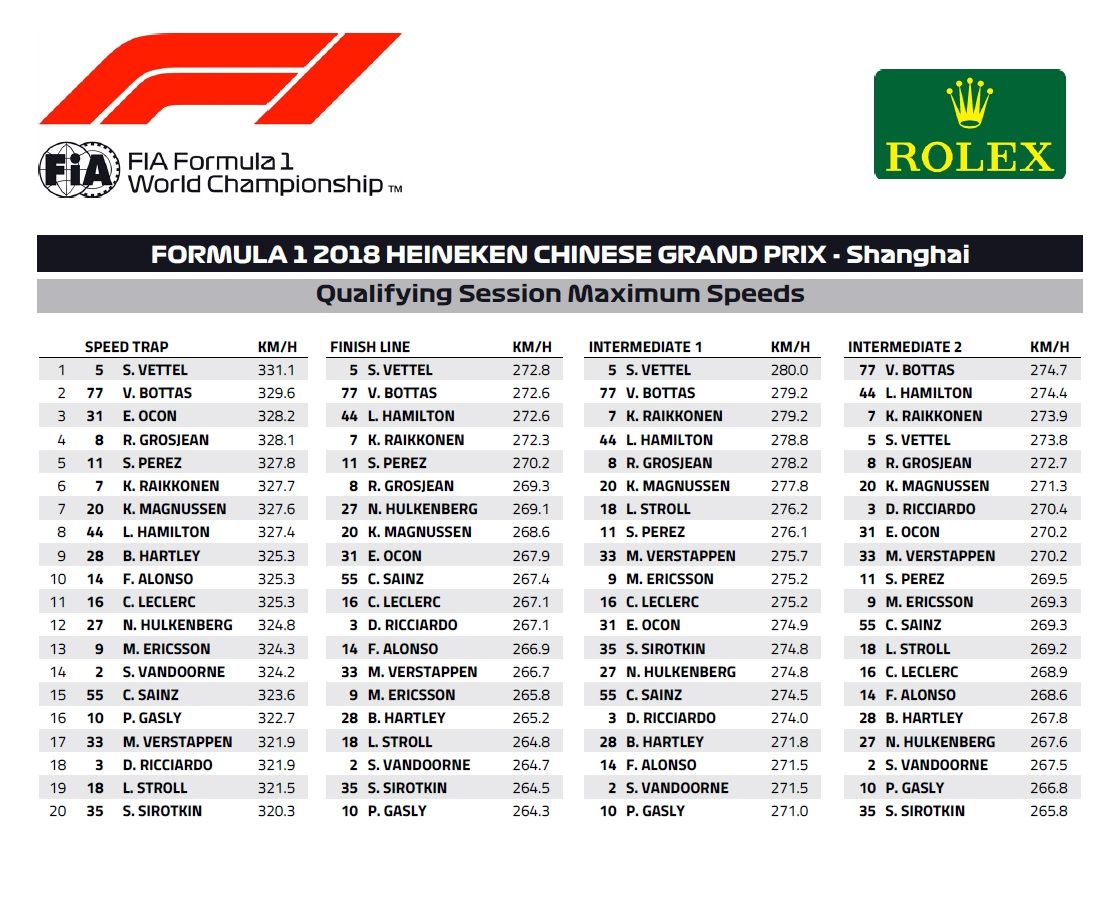