Ferrari's Sebastian Vettel was thrilled after claiming his third consecutive pole position of 2018 this weekend.

He saw off a strong challenge from Lewis Hamilton to claim the top spot in qualifying for the Azerbaijan Grand Prix by just 0.179s.

“I felt the car was good Q1, Q2. And then in last sector of qualifying, I knew I had the car that does what I want. Not have it as in pole position, but that I could get a good lap together."

His best time in Q3 came on his first run. "The car was on fire straight away," he said. "The first lap I was really happy. Maybe two tiny bits where it wasn’t exactly perfect."

However he didn't expect to hold on to provisional pole when everyone came back out again. "I knew on the second run, the track would ramp up and I had to go out there and get it again."

Ultimately he was annoyed to make mistakes that left him unable to improve on his time. "I was a little bit down on the time," he said. "Then I locked up and it caught me by surprise for turn 3.

"I think I got a bit too excited for turn 3 and tried to brake quite a bit later than before. The front left was flat-spotted," he continued. "Then I wasn't sure, do I go straight or try and hang on to it?

"I was quite upset at the time, as I burned my shot," he admitted. "I didn’t know what was going on around me. I aborted the lap and when I came in and was told I was on pole, I was really happy."

Saturday's peerless pole performance was a far cry from his struggles in Friday's free practice sessions where he didn't appear to be on form at all.

“Yesterday I struggled with confidence," he admitted. "With trust in the car and just rhythm, which is important round here. But today, when it clicks it just keeps coming. It was really enjoyable."

Now he hopes that the race itself will prove just as rewarding.

“It will be an intense race, here anything can happen,” he said. “Safety cars are very likely. The good point was our car was very, very good this afternoon which should put us in a good place tomorrow."

After Hamilton fell short of Vettel's pole time, the only remaining challenge to Vettel's position came from his own team mate Kimi Raikkonen.

The Finn set purple first and second sectors on his final run. However he then made a costly error in the final corners that put him down into sixth position.

"I think I had all the speed there but just got sideways exiting the last corner," Raikkonen reported. "Obviously lost all the speed on the straight. And that's it."

"With the speed that I had on the last lap, without the mistake I would have been in a much better position.

“No excuse. I took it easier even on the entry because obviously it’s been a bit tricky all day. Went sideways, I got it back. But at that point already, I knew it was all gone as it’s all flat out and long straights.

“It was a mistake and cost us quite a few places. Not the greatest ending.

“I know the speed is there. But it’s frustrating when you’re fast and you don’t get the result that you want," he admitted. “It’s not the first time unfortunately and I doubt it’s the last time. It’s just one of those days.” 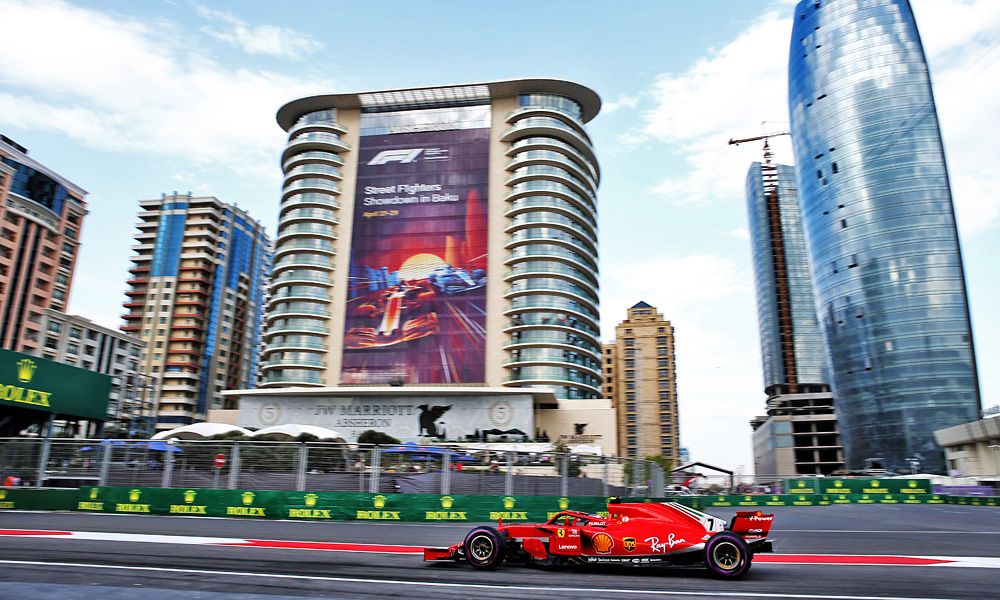 Ferrari boss Maurizio Arrivabene was also disappointed that Raikkonen hadn't been able to join Vettel on the front row for tomorrow's race.

"It's a pity for Kimi as because until the last corner he could have been on pole," Arrivabene said. "This is racing and I hope next time he can do better. It's a good fight."

Force India's Perez: 'Qualifying result a massive boost for us!'