The Mercedes driver was in command of the race at the final restart. He seemed assured of picking up his fourth career Grand Prix win, only to suffer a right rear blow-out with three laps to go after running over some metallic debris.

A distraught Bottas was pictured sat beside the track as he pulled himself together. It evoked memories of Hakkinen's own emotional retirement from the Italian Grand Prix at Monza in 1999.

Hakkinen recovered from that setback to secure his second world title at the end of the season. And he is confident that Bottas will show similar strength of character.

"Ultimately you can use the disappointments to make you even stronger," Hakkinen sais on his regular blog for Unibet. "I am sure that’s what Valtteri will do.

"He deserved to win. When that right rear tyre exploded three laps from the finish, no one could believe it.

"I have had that type of incident," he recalled. "Of course I was mega upset.

"Early in my career, when I had hardly any victories under my belt, these kinds of disappointments were hard to accept because I really wanted to show the team and mechanics that I was a winner.

"When you get a bit older you learn to handle things differently.

"For example, at the start of the year you should take a blank sheet of paper and write down the things that are likely to happen during the season.

"You will probably have three accidentsL two engine blow-ups and maybe one tyre failure. These are not targets, of course!

"But realistically these things will happen during a long season, so there is no point in being angry about them

"When things go wrong you just need to examine whether you or the team could have done something better, and then move on." 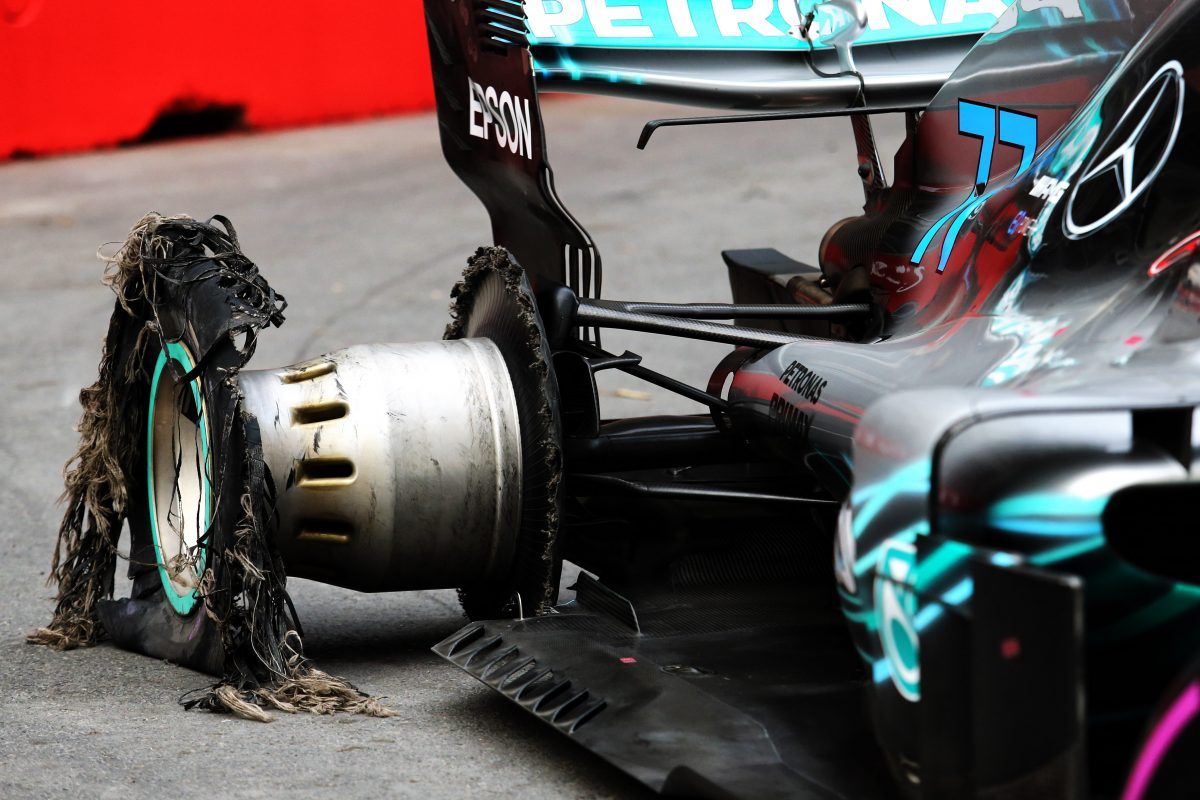 Hakkinen admitted that this sort of out-of-the-blue accident was a "mega shock" for any driver.

"I was watching him coming down that pit straight at over 300kph," he said. "You could see the car hit some debris.

"The problem is that the driver is sitting very low in the car, so it’s almost impossible to see debris or avoid it because you are covering almost 100 metres per second.

"Also, the incident could not have happened at a worse place; the start of the lap, so Valtteri’s retirement was inevitable.

"From my personal experience, this kind of failure is a mega shock," he added. "Initially you become a passenger when a tyre explodes, so you focus on regaining control.

When the speed comes down, the emotion starts to take over. It’s a natural reaction, but it is really important not to let it affect you too much and to start psyching yourself up again.

"It’s important to have positive thoughts - to remember how well you drove and not to be too sad or emotional."