It's back to Europe next weekend and back to a venue teams are all too familiar with: the Circuit de Catalunya in Barcelona.

As familiar as the track will be, having served as F1's pre-season testing turf, conditions will contrast significantly with those that prevailed back in February and March in terms of track and air temperatures.

Pirelli's all softer tyre range this year in Spain will include the medium, soft and supersoft compounds, a selection of rubber that will hit Barcelona's new track surface, giving everyone more grip but reduced wear and degradation.

"This year, Barcelona isn’t exactly like going to a new circuit for the teams: but the changes to the surface are still significant enough to alter some of the track’s fundamental characteristics," explains Pirelli F1 boss Mario Isola.

"We too have made a change by reducing the tread depth on the slick tyres to reduce the risk of overheating, as we will also do for Paul Ricard and Silverstone, but it’s not a change that any of the drivers will notice in terms of performance or stint length.

"The teams already have some knowledge of the new asphalt from pre-season testing, but the weather is now much warmer, the cars considerably faster and there will also be some ageing of the surface.

"This year, we bring the supersoft to the Spanish Grand Prix – effectively, two steps softer than the softest nomination in 2017, as all the compounds are a step softer anyway – so the homework done in free practice will be particularly important." 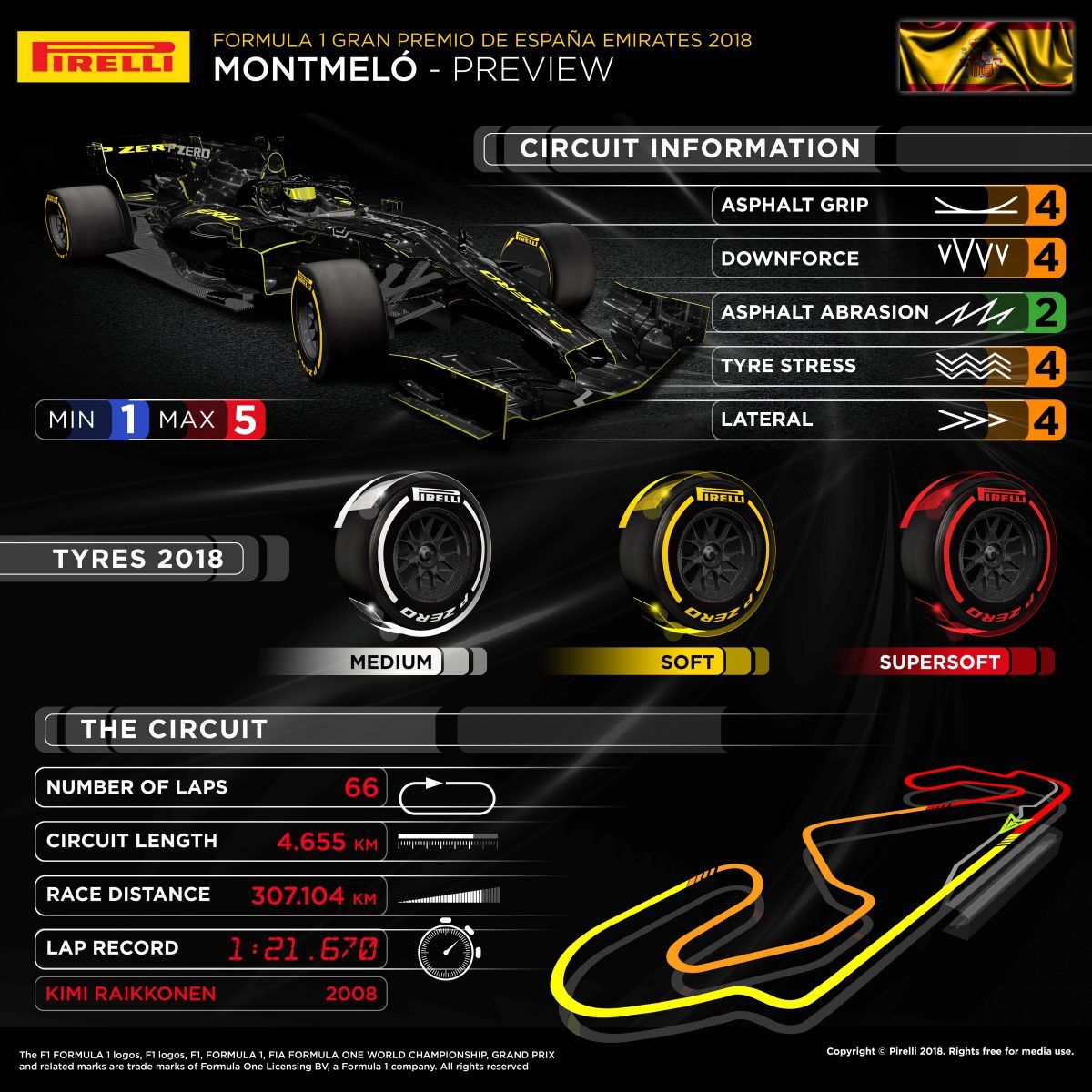