Ferrari is adding new rear-facing wing mirrors to the SF71H this weekend in Spain. And in a first for F1, they'll be attached to the halo cockpit protection device.

It's not yet clear whether they will appear only in free practice, or will remain on the car through to the Spanish Grand Prix on Sunday.

Aerodynamic fairings have been allowed on the halo since it was introduced at the start of the season. But this is the first time anything more significant has been incorporated into the basic mandatory halo design.

Visibility for drivers trying to see who is behind them has long been a problem in Formula 1. The classic mounting point on either side of the driver cockpit is no longer able to provide sufficient field of rearward vision.

Wider and lower rear wings introduced in 2016 had a major impact in what drivers could see behind them. It's been made even more problematic since the introduction of the halo, which has further obscured the driver's view of the wing mirrors.

To tackle the issue, the FIA issued a technical directive last month between the Chinese and Azerbaijan Grand Prix races that from from this point, mirrors could be attached to the halo. The hope is that the new position will improve the functionality.

Ferrari is the first team to break cover with its response to the new rules. Their radical wing mirror designs were on view in pit lane on Thursday at the Circuit de Barcelona-Catalunya.

As well as the new mirrors, the Ferrari halo also features new dramatic-looking winglets for aerodynamic effect. The way that they are integrated with the mirrors cleverly means that they meet the letter of the updated regulations. Not everyone will be happy with that touch of innovation.

"It is our responsibility to make sure the rules are specific enough," the FIA's head of F1 technical matters Nikolas Tombazis told Motorsport.com.

"We hope to make improvements also in the future to make sure the mirrors achieve their real function, which is to be able to see out the back, and to stop them being used for aerodynamic purposes." 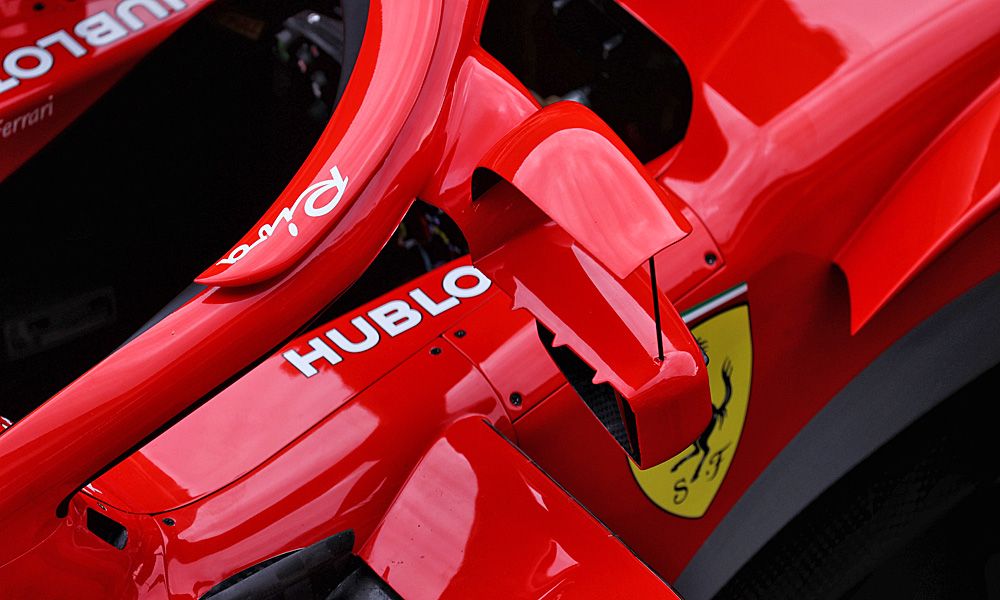 The winglets help redirect some of the airflow of the car towards the ground, giving a better airflow into the rear wing element and power unit intake.

Even if it delivers the hoped-for performance enhancement, the new winglets are expected to produce only marginal gains for Sebastian Vettel and Kimi Raikkonen this weekend.

But in a sport in which success or failure is measured in hundredths of a second, that could still be a big factor in Ferrari's championship battle with Mercedes and Red Bull.

Other teams are also expected to be rolling out major changes to their cars this weekend, the first European race of the season.

Red Bull's Daniel Ricciardo has suggested the RB14 will “look pretty crazy" this weekend. He added: "“If it’s not faster, at least we’re going to look cool!"

Stoffel Vandoorne also predicted a significant change to the look of the McLaren MCL33 this weekend.

"Visually, the car will look quite different in terms of the front and the bargeboard areas," the Belgian driver told Motorsport.com. "But what counts for us is how the car will handle and how it will perform on track, so we will see tomorrow."

However, Haas will not be among the teams ringing in the changes this weekend. Team boss Guenther Steiner has already said that they are still building up a stock of spare parts and won't be able to introduce upgrades until the next race at Monaco in two week's time.

Miami gets the go-ahead but Hamilton wants to design the track!