Max Verstappen will start Sunday's Hungarian Grand Prix from seventh place on the grid, the position he finished qualifying in.

The Red Bull driver had been summoned to see the race stewards following an incident at the end of Q3.

He had appeared to get in the way of the Romain Grosjean when the Haas was on a flying lap, an alleged breach of Article 31.5 of the FIA Formula One Sporting Regulations. That could have seen him handed a three palce grid drop for the race.

Verstappen had been told the Haas was closing on him by the Red Bull pit wall, but still got in the way of the French driver.

But the race stewards decided to take no action as the stewards due to the conditions and because Verstappen had himself been held up by Toro Rosso's Pierre Gasly.

"Verstappen was on a fast lap but then caught Gasly early in the lap," the official FIA statement described. "He then aborted the lap.

"At this point Gasly set up for his flying lap and Verstappen in turn slowed to get a gap. Grosjean caught Verstappen between turn 13 and turn 14 which impeded Grosjean.

"While Verstappen was given reasonable, if slightly delayed information by his team, the stewards took into account that with the very wet conditions. There was limited visibility ahead, and no visibility behind the drivers.

"The gaps between Gasly, Verstappen and Grosjean changed over a very short section of the track, and under the conditions the Stewards determined that the impeding was not, as the rule states, 'unnecessary impeding' and therefore take no further action."

Despite keeping his grid position, Verstappen was unhappy with how the day had gone and with the performance of the RB14 in the wet.

"It just did not go well", said an unhappy Verstappen. "Due to the rain, we have missed an opportunity to have a really strong qualifying so that is a bit frustrating. 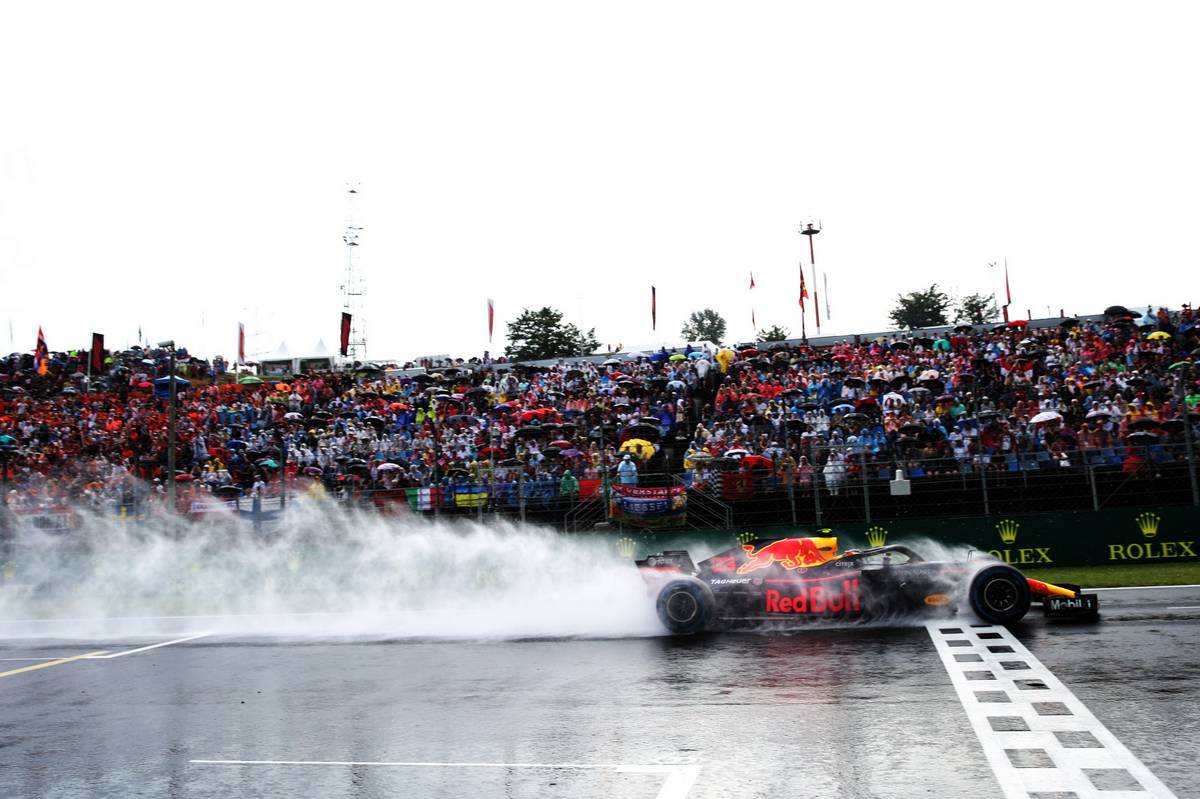 "We weren’t happy this morning in the dry but we made some setup changes that I think would have made it better for qualifying, had it not rained.

"Starting from P7 here does not make it easy," he admitted. "We didn’t expect this today so let’s wait and see what we get tomorrow.

“My main issue today was a lack of grip, especially in Q3," he continued. "The feeling on the intermediate tyre wasn’t that bad, but when we put the wets on it was really tricky

"No grip and then in the rain there’s not much you can do," he grumbled. "The whole year it doesn’t go very well in the rain.

"It seems at the moment that this year’s car struggles a bit in the wet and we need to look into why it is different to last year."

Verstappen explained that one problem Red Bull are struggling with is getting the tyres up to temperature in time.

"We have already experienced that we struggle to get heat into the tyres and today that really showed.

"Usually I feel comfortable enough to lay down a lap in these conditions but I just was not able to today.

"Compared to last year where we would go on track and set three purple sectors it is different now. The car just does not work and I do not know what it is."

Sainz: 'It's great when things come together!'