Renault driver Carlos Sainz was delighted with one of his strongest Formula 1 qualifying sessions to date, after claiming fifth place on the grid for the Hungarian Grand Prix.

That equals his previous best starting position which he achieved back in 2015 at the Spanish driver's home Grand Prix, when he was driving for Toro Rosso.

But the conditions could hardly have been more different this time around, with heavy rain, thunder and lightning affecting qualifying at the Hungaroring.

“What an intense qualifying!" he said. "I’m really happy with today’s performance and it is great when things come together!"

Sainz had figured strongly throughout qualifying. He was sixth fastest in the first round and up to second in Q2 as the rain picked up, with only Sebastian Vettel going faster.

Deciding not to pit for fresh wet weather tyres at the end of the final pole shoot-out round proved to be a key moment for Sainz.

"We took a bit of a gamble staying out with the same set of tyres in Q3," he said. "This meant I was able to post a very strong time even if the tyre performance wasn’t.

"The team told me that everyone was pitting for a new set," he continued. "I thought I can see if the new set gives me more grip or I can finish this lap that is really good.

"It put me P3 so I think it was worth it," he added. "Then the last lap before the chequered flag I didn't have enough grip to improve. But I was very pleased with the previous lap."

His lap time was eventually beaten by the final runs from Ferrari and Mercedes, but it was still enough to leave him 'the best of the rest' on the grid or tomorrow's start. 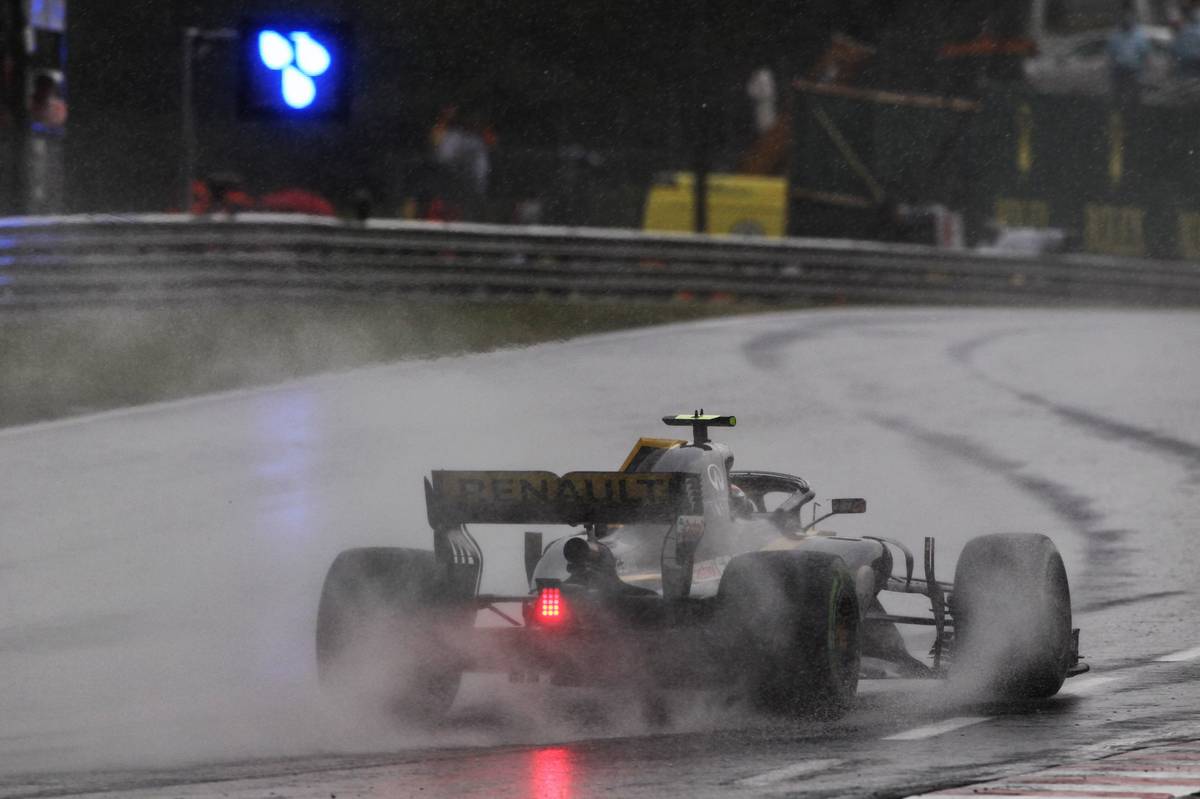 "Only having the Mercedes and the Ferraris in front is a very good sign of how well we managed these conditions," he said. "I was really happy when I saw P3 on the board, and P5 at the end of the session is a pretty good feeling too.

"Points however are given out tomorrow," he cautioned. "Tyre strategy and the start will be specially important but I’m confident we can have a strong race."

"The team and Carlos did a great job in a very challenging Q3," noted Renault's sporting director Alan Permane. "Carlos drove extremely well for our best qualifying performance to date."

Sainz's team mate Nico Hulkenberg wasn't quite as fortunate and was eliminated at the end of Q2. He will start tomorrow's race from 13th place on the grid.

"Unfortunately there was a problem with the fuel bowser on Nico’s car at the start of Q2," confirmed Permane. "He couldn’t get a lap in when the track was at its driest.

"He tried with the wet tyres, but the track was simply too wet to be able to go faster later in the session."

Hartley jubilant to finally make it through to Q3