Formula 1 sporting manager Ross Brawn says it is conceivable that Grand Prix racing could become an all-electric series in the next ten years if the quality of the racing follows the technology.

The advent of the hybrid engine in F1 in 2014 introduced an electric component into the sport, but a full rejection of the Internal Combustion Engine has never been seriously considered by the sport.

However, the growing success of Formula E, and the involvement of major manufacturers such as Audi, BMW, Nissan, Mercedes or Porsche has inevitably caught Formula 1's attention.

It's early days still for Formula E, and while a relative compare between F1 and the burgeoning series is unwarranted at this stage, Brawn is keeping track of developments.

"I think we have to respect what Formula E is doing and what it's achieving," Brawn told F1 Fan Voice.

"But if you look at the magnitude of the two they are not really comparable; the amount of fans we have and the appeal of Formula One, Formula E is still very junior in that respect.

Brawn believes a significant evolution of F1 will take hold if commercial and societal changes justify the need for changes.

"I think Formula One will evolve in the direction that has the right balance of sport, relevance and engagement with the fans," says the Brit.

"If in five years' time or ten years' time there is a need, desire or wish to have a different type of power unit in Formula One then we will do it. There is nothing to stop us having electric Formula One cars in the future. 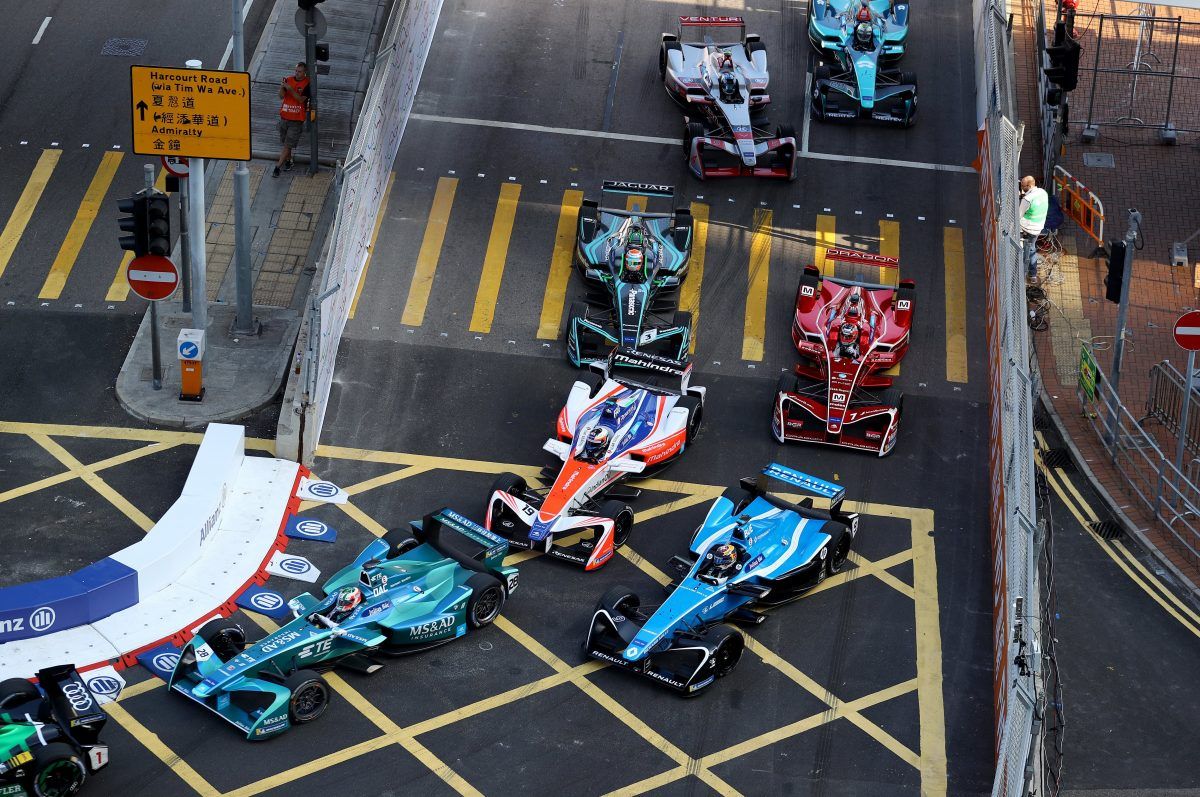 "At the moment they don't deliver the spectacle, and with all due respect if you go to a Formula E race it is a pretty junior category of motor racing.

"It's a great event in terms of all of the stuff that is going on around it, but the race itself is pretty tame when you compare it to a Formula One event.

"The cars are not particularly fast, you don't have the personalities involved but they are doing a fabulous job at putting on an event and making it a street party," admits Brawn.

"Formula One is different to that, Formula One is the pinnacle of motorsport, the speeds we do, the calibre of drivers we have and the teams we have, and if that moves in five or ten years' time to a different power source then we will do it if that is most appealing and achieves what we want to achieve.

"I don't see Formula One being locked into internal combustion engines forever, but who knows where we are in ten years.

"Ten years ago I don't think many people would be able to predict where the world is now and therefore I don't know where we will be in ten years, but Formula One will move in the right direction."