Sergio Perez put Force India at the top of the timesheet for the first time this season, leading the field in a rain-impacted FP1 session that offered no opportunity for slick-tyre running.

Teams and drivers were greeted by thunder and pummeling rain early Friday morning, with the elements finally easing at the start of FP1.

Cool temperatures coupled with a wet track and low-grip conditions was a blend that didn't encourage much running from the outset, although it didn't temper the enthusiasm of the tifosi, with Monza's main grandstand looking nicely packed.

As the first few runners tested the waters, the rain picked up again, just as Daniel Ricciardo almost ground to a halt, the victim of an apparent power issue. As a reminder, the Red Bull driver is running Renault's new C-spec engine. Not the best of starts therefore for the manufacturer's latest upgrade.

A succession of installation laps on wet tyres continued to dominate the early part of the session, with Nico Hulkenberg eventually risking a run on Pirelli's intermediate rubber.

Thirty minutes into FP1, Max Verstappen had a moment at the Parabolica, the Dutchman harmlessly and skillfully 'drifting' his way out of the high speed corner.

Renault's Carlos Sainz put himself at the top of the timesheet with a 1m37.424s, but Lewis Hamilton demoted the Spaniard with an effort worth almost a second faster. His Mercedes team mate followed suit and promptly made it a Silver Arrows 1-2, edging the Brit with a lap in 1m36.238s.

As the water dissipated, drivers progressively switched to the intermediate compound as the de facto tyre. Running remained limited however, with many possibly protecting their tyres. 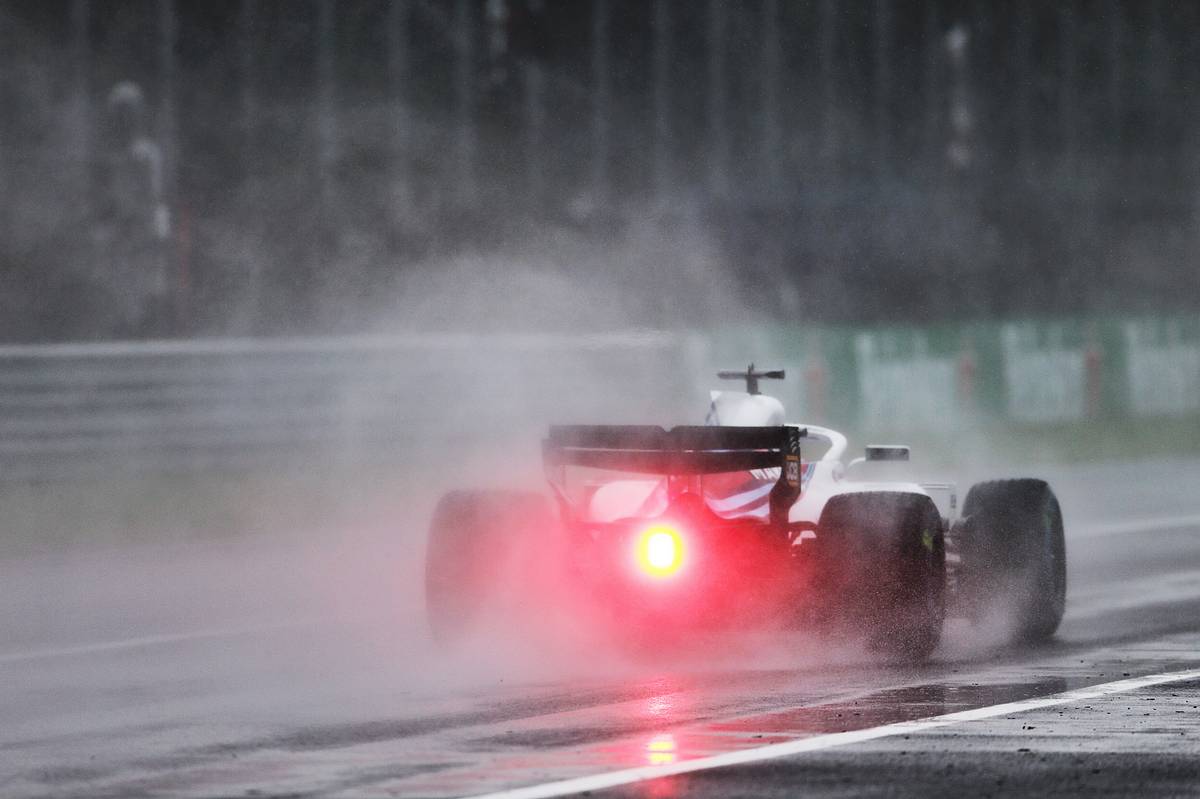 Verstappen took advantage of the slightly better conditions to line up a 1m35.665s lap that put him ahead of the field, while Sainz and Hulkenberg slotted themselves behind the Red Bull driver.

Meanwhile, in the Ferrari camp, Sebastian Vettel's SF71-H remained confined to the Scuderia's garage, some extensive gearbox work appearing to be going on.

With on one expecting the track to dry enough to warrant some slick-tyre running, most teams called a premature end to the day's first practice session.

Toro Rosso pressed on however, allowing Brendon Hartley to sneak in the fastest lap of the morning, the Kiwi quickly followed by Ricciardo, team mate Pierre Gasly and Verstappen.

However, inside the final five minutes of the session, Sergio Perez settled everyone's case with a last ditch effort that just beat Raikkonen and his Force India team mate Ocon.

Forecasts for this afternoon are calling for the skies to remain overcast with possible chances of rain.