Sebastian Vettel was looking out of reach of his rivals in second practice for the Italian Grand Prix at the Autodromo Nazionale Monza on Friday.

Vettel posted the best time of the day with 1:21.105s on a nearly-dry track following morning rain. He was over a quarter of a second faster than Ferrari team mate Kimi Raikkonen and Mercedes' Lewis Hamilton, but also went off at the Parabolica during the session.

There had been a long delay at the start of the session due to a lengthy red flag following a major accident for Marcus Ericsson, apparently triggered by a DRS failure on the Sauber at the first corner. 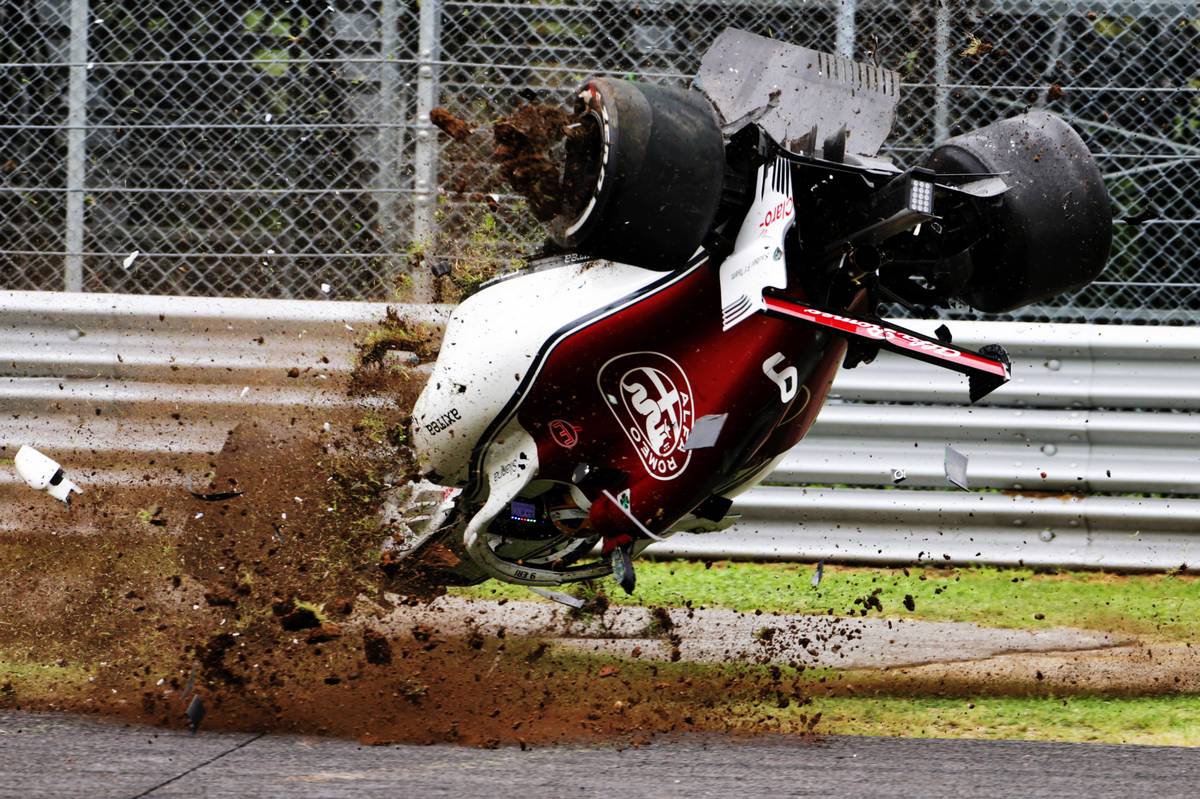 Despite much improved conditions following wet running in the morning, the session had barely got underway when a DRS failure snapped Marcus Ericsson into a violent collision with the outside barrier heading into the first chicane. The Sauber barrel-rolled first one way and then the other before coming to a rest in a crumpled heap.

Ericsson appeared understandably dazed but otherwise unhurt as he climbed out of the wreckage. The session was suspended under a red flag for an extended period to allow the debris to be cleared up and the Armco barrier to be repaired.

When practice resumed after a 20 minute pause, Carlos Sainz became the first man to set a time on slick tyres with a lap of 1:25.715s which was quickly bettered by his Renault team mate Nico Hulkenberg. The Mercedes drivers were also out on the track, and Lewis Hamilton provided a step change with his first flying lap clocking in at 1:22.837s.

Having missed most of the rain-hit morning session with a gearbox issue, Ferrari's Sebastian Vettel immediately responded by leaping into action and shaving a further two tenths off the top time, as the only driver running on supersofts at this point.

Hamilton was able to get control of the timesheets back with his next run, only to be immediately demoted once more by the Ferraris. This time Vettel managed a lap of 1:21.716s, putting him a tenth and a half faster than team mate Kimi Raikkonen.

Max Verstappen settled into fourth place ahead of Valtteri Bottas. However the Red Bull driver wasn't feeling all that comfortable, radioing in to the team: "I'm going a little bit everywhere under braking. It's pulling a little bit to the right. It's not giving me great confidence."

After a mid-session pause which saw Monza uncharacteristically quiet for a spell, Vettel headed back out again on a new set of supersofts but this time ran into trouble going wide at the Parabolica. While he was unable to improve on his earlier time as a result, neither were his two Mercedes rivals both of whom seemed to be lacking the straight line speed of the Ferraris.

Vettel did finally manage to find a bit of extra speed and moved the dial to 1:21.105s just as Hamilton threatened to go faster. However just moments later Vettel spun off at the Parabolica, bouncing across the gravel before making light contact with the barrier with the SF71H's rear wing. Fortunately he was able to get back underway and return to pit lane for repairs. 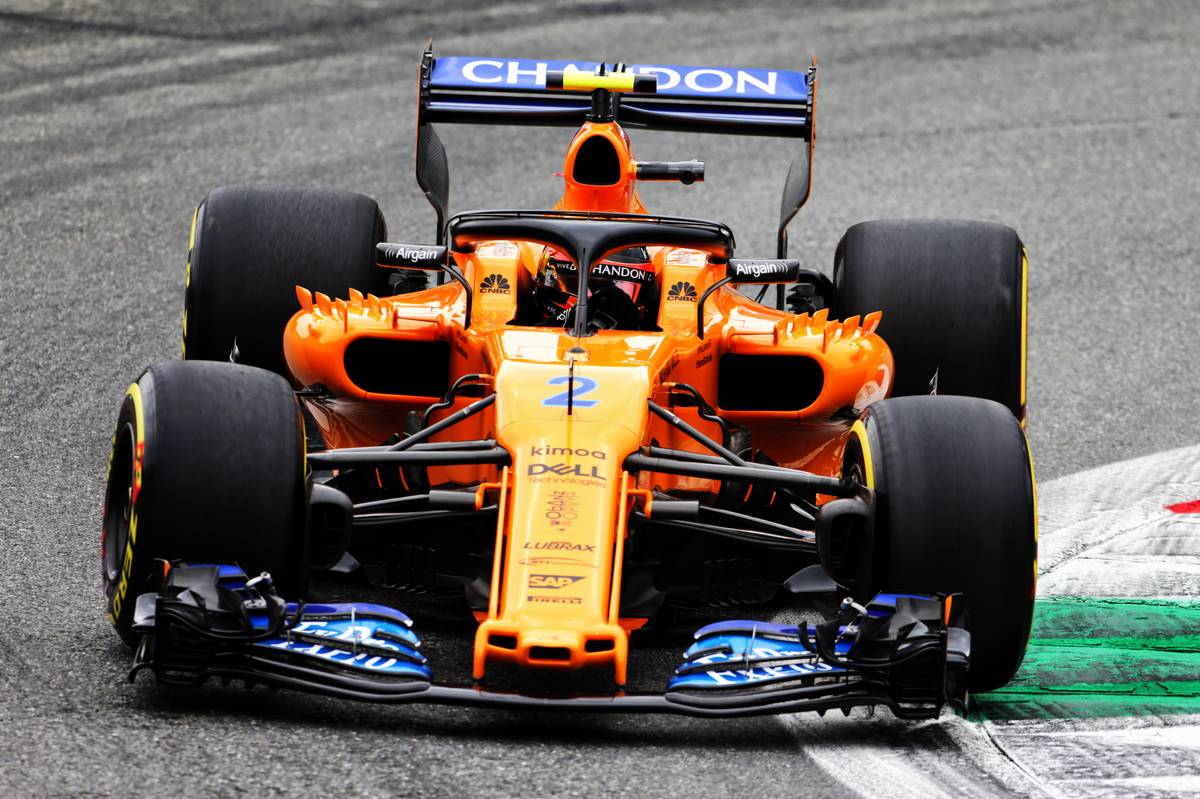 With half an hour remaining in the truncated session, attention then turned to long distance fuel and tyre simulation runs. It meant that the top eight driver finished in two-by-two team formation - Ferrari followed by Mercedes, Red Bull and then Force India.

With Ericsson out of the session, Sauber's nightmare session continued with ongoing problems with the DRS on Charles Leclerc's sister car. By resorting to manual control over closing the rear wing flag, Leclerc was eventually able to move up the timing sheets into ninth place ahead of the interleaved Renault and Haas cars.

Leclerc's improvement meant that McLaren once again suffered the ignominy of propping up the bottom of the standings once the chequered flag signalled the end of the session, despite Fernando Alonso and Stoffel Vandoorne trying out some high-speed drafting and 'tows' to boost their speed.