After a dominant performance in qualifying by Ferrari, Mercedes turned around its fortunes in Sunday's Italian Grand Prix, but team boss Toto Wolff is puzzled as to how his team was faster.

Saturday front-row lockout by the Scuderia left no doubt as to which team had the faster car, but race day unfolded and delivered a result Mercedes wasn't expecting, with Lewis Hamilton taking full advantage of an early mistake by title rival Sebastian Vettel to claim his 68th career win.

Hamilton's superior pace and lesser tyre degradation relative to Kimi Raikkonen's SF71-H crucially enabled the Brit to extend his lead in the world championship over Vettel to 30 points.

"It shows that the racing happens on Sunday. I’m very proud of the work the team have done - all the engine guys and the chassis guys from Spa to Monza," Wolff said.

"I would have also said that if we hadn’t won today. Nevertheless, we didn’t have the quickest car but in the race we did.

"We had a reliable car, we had a car that was good on the tyres. There was no blistering on our tyres, unlike the Ferrari, and brilliant execution from both drivers and the team."

Wolff was at a loss however to explain exactly why the speed of its Mercedes W09 improved overnight.

"I don’t understand it," he admitted.

"The performance pattern has completely changed from Saturday to Sunday and I haven’t got an explanation yet. Maybe the clever people will know it but I think we need to analyse it." 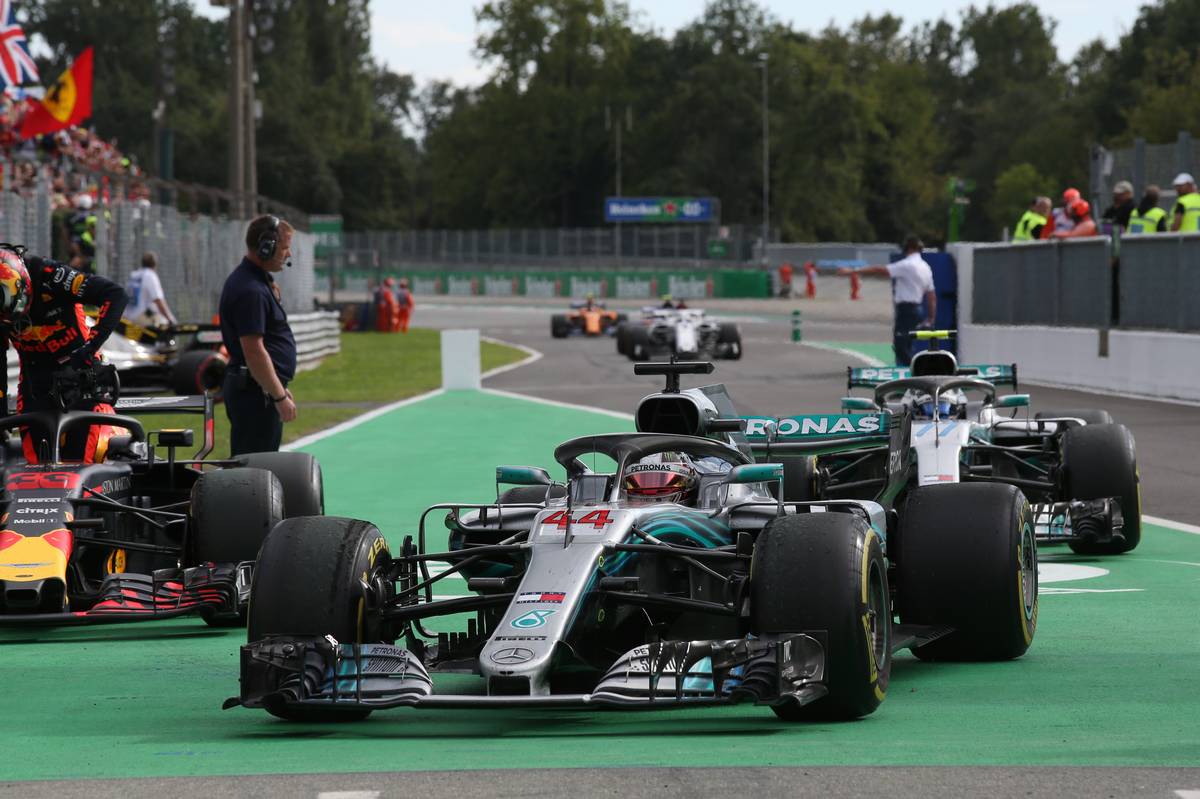 Wolff suggested that the thundering pace displayed by Ferrari in qualifying is perhaps restricted to a single lap. Come race day, that performance is reigned in to a certain degree.

"It looks like the performance they are able to deploy on one lap is maybe not something they can replicate throughout the race," Wolff said.

"I don’t want to go any further because it could be read in a different way like I’m trying to find excuses. They certainly seemed to have a very good car in qualifying and a good car in the race but we haven’t seen Sebastian perform in a car without any damage.

"It just shows how fantastic this sport is that things bounce back and forth," Wolff added.

"We are all oscillating between drama and glory, not only between race weekends but also between the days and this is the ingredient of a great championship. But I still think their package was extremely strong."

Just too many errors from Vettel to defeat Hamilton - Rosberg