Saturday's qualifying session for the Russian Grand Prix included a bizarre second round in which all five cars that ended up being eliminated at the end of Q2 did so having deciding not to run a single lap.

In the case of Red Bull's Max Verstappen and Daniel Ricciardo, and Toro Rosso's Pierre Gasly, it made sense and had been widely expected as all three drivers have grid penalties for taking new power unit components. It meant that they would start Sunday's race from the back of the grid regardless of the outcome of qualifying.

But there was no such reason for Renault's decision to remain in the garage. Instead, it seems that the team simply felt it had nothing to gain by going out - because the pace simply wasn't there.

"Unfortunately we saw that our pace was not strong enough to fight for P5 or P6," said Carlos Sainz. He and his team mate Nico Hulkenberg had only narrowly avoided elimination at the end of Q1 and had been 2.2s off the top time posted by Mercedes' Lewis Hamilton.

Sainz explained it was better for the team to settle for qualifying outside the top ten, as that gives them a free choice of which set of tyres to use at the start of the race.

"Opting for the free tyre choice was too appealing to ignore with the tyre allocation here," Sainz confirmed. "We saw the potential benefits of this strategy in Singapore and it could make for an interesting Grand Prix tomorrow.

"In the end, our pace will dictate our ultimate position but we’ve given ourselves the best chance for the race.”

With Red Bull and Toro Rosso out of the picture, Sainz will start the race from 11th place with his team mate alongside him on the grid in 12th. 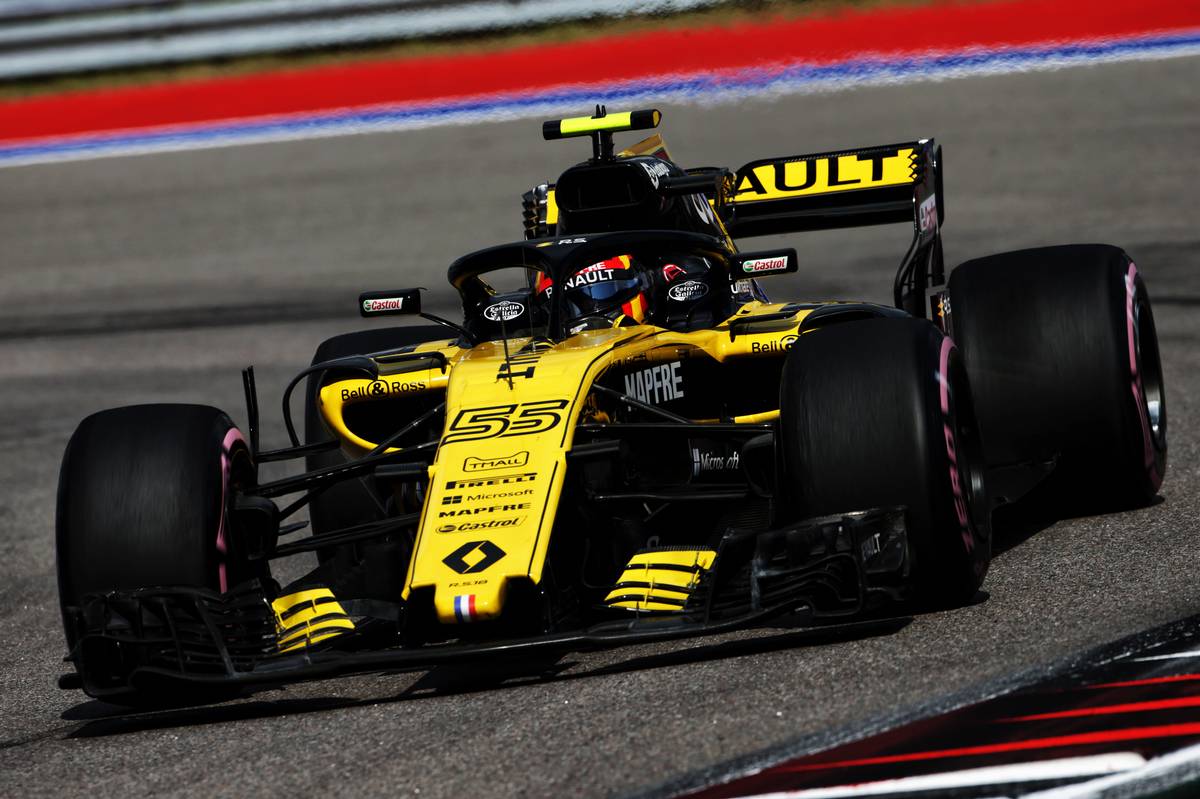 "Today we ran a wise strategy," said Hulkenberg. "A decent qualifying position was out of reach on pure pace so we opted for the approach which means we don’t have to start the race on the Hypersoft tyre.

"Everything we did today should help us in our battle on track tomorrow," he added.

Renault's sporting director Alan Permane insisted that Renault's lacklustre pace in Q1 and decision not to participate in Q2 didn't mean that the team had given up on a strong result in the race itself.

"We’ve seen an exceptionally close midfield here and we weren’t able to be at the front of this battle on qualifying pace," he said. "This meant we looked ahead to the race and the tyre strategy options available.

"By not running in Q2 we will end up on the grid as the first cars with an open starting tyre choice and we’re expecting this will translate to a stronger race performance.

"Our approach will be to gain places when those ahead of us have to pit early because of the short performance life of the hypersoft tyres," he explained.

"This will benefit us early in the race however we still expect a very tight battle. We’ll be looking to maximise every opportunity with points the target."