Max Verstappen started the Russian Grand Prix from the back row of the grid, but went into the race still hoping he would be able to climb back into the top six.

Not everyone thought that was attainable, but in fact it took him just six laps on Sunday to achieve the objective. After that he went on to lead the race for 24 laps, more than any other driver.

A mandatory late pit stop meant he finished in fifth place behind the Mercedes and Ferrari drivers, which matched his highest expectations for what he could have done on the day.

It also deservedly earned him the 'driver of the day' accolade from fans.

What was most outstanding was that he had made up all those positions early in the race while running on the longer-wearing but slower-paced soft compound tyres, while most of those ahead had started on ultrasofts or hypers.

“Before the race for sure not, absolutely not," he admitted when asked if he'd expected to make that sort of progress at the start.

“It seemed like the tyres had good grip straight away and it made the turning a bit better," he explained. "I think we did a good compromise with the wing and the car had a lot of grip."

It was certainly a dream outcome for the birthday boy, who turned 21 on Sunday but who hadn't been allowed to partake of any cake before the race.

Verstappen said he didn't know whether he would have been able to finish higher up if his starting position hadn't been compromised by grid penalties for taking additional power unit components this weekend.

“It is difficult to say," he shrugged. "Because we were starting at the back we could choose our tyres, so it is a bit difficult to say [what would have happened] if we’d qualified fifth or sixth." 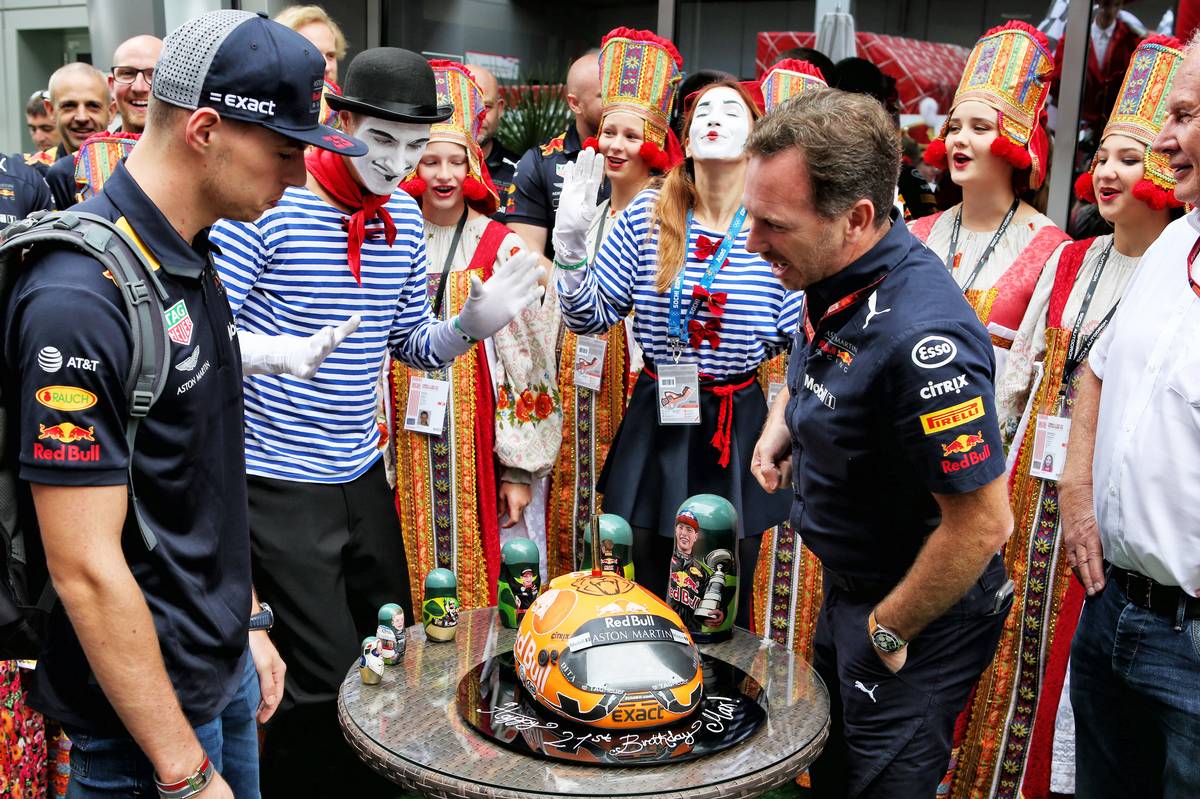 Red Bull boss Christian Horner said that it was a shame that Verstappen had needed to surrender the lead of the race make a late pit stop.

"It was a shame he had to make the stop really, but of course it is mandatory," Horner told Sky Sports F1 after the race.

"We had a car that was very good on its tyres today. There was no sign of any blistering on the soft tyres for us. It would have been nice to start in normal grid positions.

"We stopped as late as we could, but we could see already [the tyres] were starting to chunk up a little bit."

With no chance of catching Kimi Raikkonen for fourth place, the team then told Verstappen to turn down the power for the remainder of the race to safeguard the engine for next week's race in Japan.

"At that point you are too far behind Kimi to have a go at him," explained Horner. "So it was a question of we took the penalty of the engines here, let's save these now for the races coming up."

Horner is hoping that Verstappen's striking performance in Sochi heralds a strong finish to the season for the team.

"We have salvaged a good result out of this, and we've got a couple of engines up our sleeves for the final five races," he said. "We were more competitive here than we thought we would be. I think we could have taken Ferrari on yesterday.

"We should be quick - hopefully in Suzuka, certainly in Mexico, Austin shoudl be okay-ish for us. So some races to look forward to."

Vettel: 'A good race but obviously not the result we wanted'

Leclerc ends Sochi weekend as king of the midfield!