Saturday in Suzuka certainly didn't go according to plan for Renault's Nico Hulkenberg.

The German driver crashed out of final practice, damaging the R.S.18 in the process. It left his pit crew with a lot of work to get it ready in time to take part in qualifying just two hours later, but they succeeded in pulling it off.

Unfortunately when he got back out on track, Hulkenberg then fell foul of the inclement weather. Believing himself safe with a flying lap clocking in at 1:30.361s, he could only watch on in horror as his subsequent runs from his rivals squeezed him down the order.

By the time Q1 finished he found himself down in 16th place, meaning that he was duly eliminated from the session by just 0.011s behind Williams' Lance Stroll.

"It was bad timing on my behalf to crash at the end of FP3," Hulkenberg acknowledged afterwards.

"My crew worked hard to get the car ready for qualifying," he continued. "The car felt fine straight away and I was actually surprised we didn’t get through Q1

"Both my laps felt pretty good," he insisted. "[But] the improvement in my second lap simply wasn’t enough to get me through, so that’s frustrating.

"It’s going to be challenging and difficult tomorrow, but of course we will fight."

His team mate Carlos Sainz did make it through to the second round, but the changeable conditions meant the Spaniard was a long way off making it into the final top ten pole shoot-out.

"We thought there was a possibility of the top ten but we weren’t able to make a big enough step in pace," said Sainz, who will start tomorrow's Japanese Grand Prix from 13th place on the grid.

"In general, today was pretty tough," Sainz admitted. "Qualifying could have been a bit better as the rain came sooner than we expected so I wasn’t able to set a lap on new tyres in Q2.

"My first run in Q2 with a used set was just not enough and it’s difficult to say how much faster I could have gone with that new set. But, points are given out tomorrow so let’s see what happens." 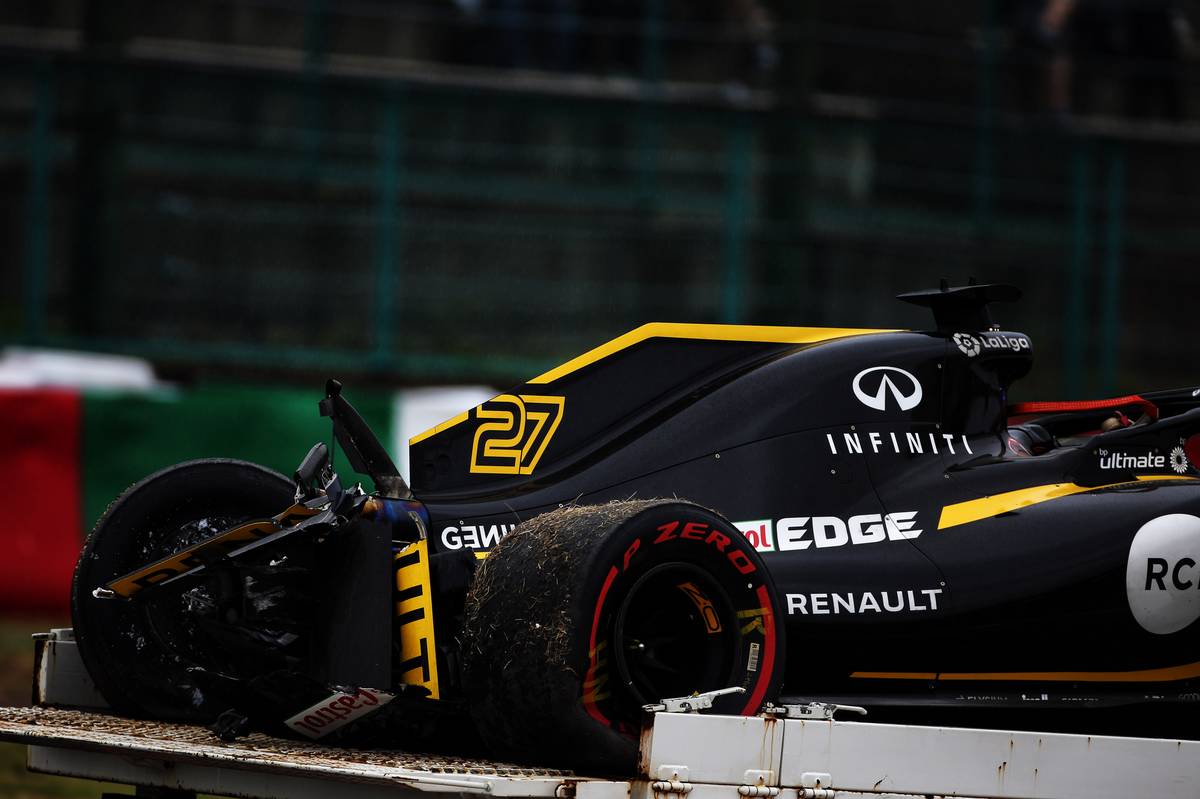 Renault's sporting director Alan Permane admitted that it had been a tough day for the team, and far from the outcome needed if it's to fend off Haas in the battle for fourth place in the constructors standings.

"We have work to do," he conceded. "The forecast says dry [for tomorrow] so it’s going to be difficult to move up the order as it’s very competitive here.

"Nico’s crew did a great job to get his car ready for qualifying," Permane added. "Nico was unlucky not to make it into Q2.

"Carlos did get the cut, but the combination of weather and traffic meant the pace of the car was insufficient to get him into the top ten."