Sebastian Vettel says he will have a chat with Max Verstappen about the pair's clash in Suzuka, but he will have it out of the public eye, behind closed doors.

Vettel, whose unsuccessful lunge down the inside of the Red Bull driver at Spoon in Sunday's race resulted in a contact and a spin for the Ferrari driver, and a likely end to the German driver's title hopes.

Vettel believed Verstappen did not give enough room as he initiated the high-risk move, but the Dutchman begged to differ, insisting the specific corner does not lend itself to an overtaking maneuver.

The incident, coupled with Verstappen's early crash at the chicane with Kimi Raikkonen, will encourage Vettel to seek out the 21-year-olf for a private talk.

"He is quick, but it doesn't help also the way he came back onto the track with Kimi," said Vettel, when asked about Verstappen's attitude towards his rivals.

"I don't want this to end up as 'Seb says this, Max says this'. I will talk about it with him when it is the right time, so this way I would prefer.

"But you ask me these questions so I give you my answer."

The general consensus in the paddock was that Vettel's move at Spoon was not only overly ambitious, it was also tactically wrong, given that Verstappen was under the sanction of a five-second time penalty, a situation that should have enticed Vettel to exert patience.

"What do you think about how many times you can afford to wait?" he retorted. 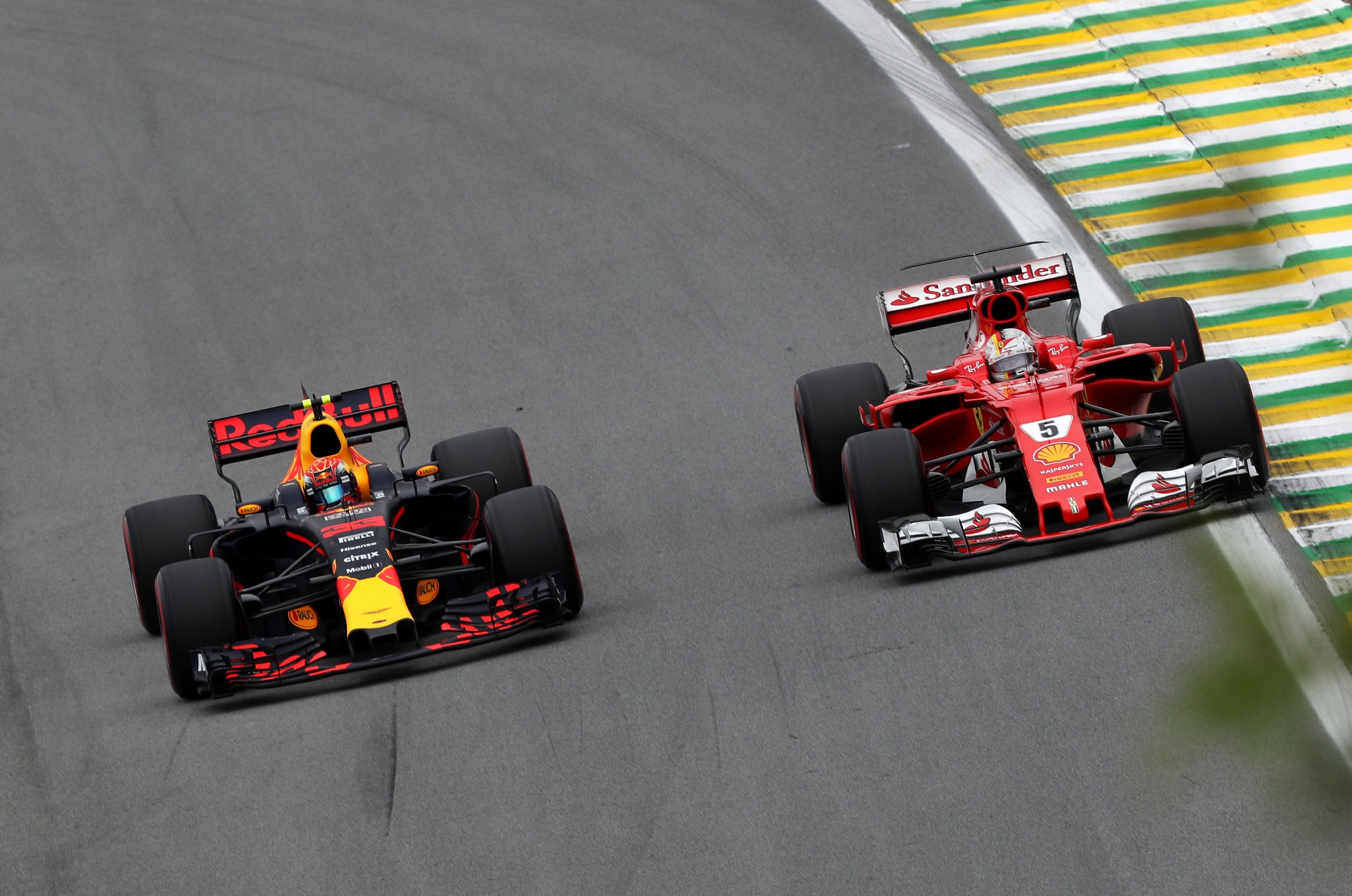 "His battery was derating. I saw the light flashing, I saved up my battery on the way up through the Esses trying to stay close, and I had a good exit from the hairpin.

"I had a big tow through Turn 12, and was side-by-side when we hit the brakes and turn in.

"I had similar encounters with others and we managed to make it through the corner," he added.

"It is not the prime overtaking spot, but if you are side-by-side then I think it is fair in that scenario and that occasion.

"I did my best to try to avoid contact but if he kept closing then where am I supposed to go?"

Vettel believes Verstappen made life more difficult for him than necessary in the corner, and he should have given the Ferrari driver more margin.

"The problem was that as soon as he saw I was side-by-side, he opened the brakes, and tried to push," he said. "But I think that is wrong. I don't think he makes the corner either.

"He just looks at me, but he should keep the overview of the track and we should both try to make the corner in the first place, and then work out who is inside/outside."

Villeneuve sees one big difference between Vettel and Hamilton