Sebastian Vettel was doing his best to put a brave face on the end of his 2018 world championship campaign, but couldn't manage to his fully hide his disappointment at the outcome.

Vettel needed to win the Mexican Grand Prix to keep in the hunt, with Lewis Hamilton finishing eighth or lower.

In the end neither of these happened: Vettel was second, and Hamilton finished in fourth. It means Hamilton is now too far ahead in the standings for Vettel to be able to catch him in the final two races of the season.

"It's a horrible moment," Vettel told reporters after the race. "You put a lot of work in, and okay I get your point that you saw it coming - I did pay attention in maths, so I could make the numbers - but still you hang in there as long as you can.

"I've three times now in my life, that sort of disappointment. In one day you realise you can’t win the championship any more, and those are not happy days.

"You reflect on not one moment but the whole year - the work that goes in, the effort that goes in from the end of last year until now. We had our chances, we used most of them, maybe some we did not, but in the end we were not good enough."

“We need to stand there, accept that and say congratulations. We would have liked to have hung in there longer but it was not to be.

“Obviously it's not an easy day. But well deserved [by Lewis], congratulations to him and his team," Vettel conceded. "He drove superb all year and was the better one of us two, so I told him well deserved and to to enjoy it.

"There can only be one winner, and I think he is the one that deserves it this year."

Previously Vettel and Hamilton had been tied on four championships apiece. Hamilton's achievement this year puts the Briton one ahead and tied on five withes with the legendary Juan Manuel Fangio.

"Number five is something incredible," Vettel acknowledged, already looking ahead to next year's rematch when he will pull out all the stops to equal the score.

"[I] asked him to keep pushing for next year, I need him at his best to fight him again!" he said. "We'll try and fight Mercedes for the constructors and knock them off their throne, maybe to give them a taste for next year.

"There are still a lot of lessons to learn and make sure that we make the right conclusions. I think one thing is clear, We are very talented and very gifted team.

"Obviously we have the most support behind us. I think we have very, very talented, clever people on board. We have huge potential, of which some still needs to be unleashed. 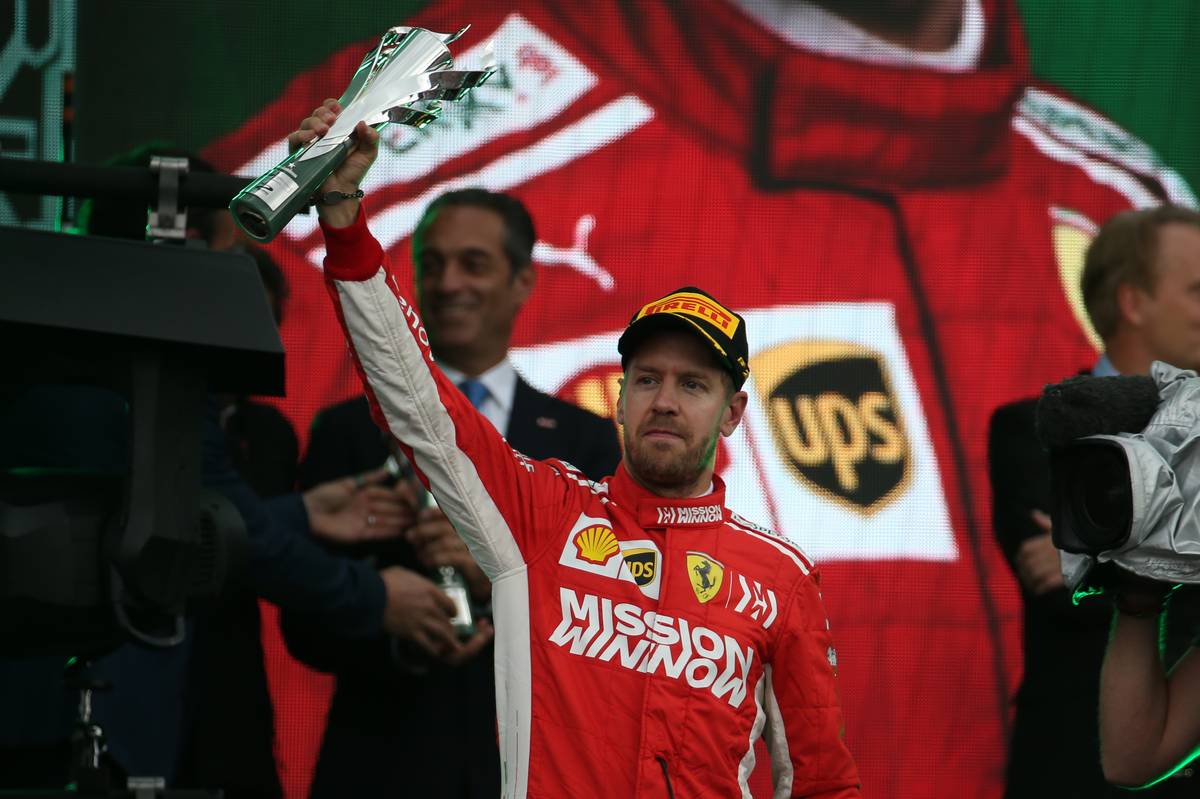 "I think everybody is fighting very hard and we are focusing to make sure we finish [the final] two races this year in style," he said. "People back there [in Maranello] certainly deserve, and I will try everything to score as many points for them as I can."

His forward-looking thinking was echoed by his boss, Ferrari team principal Maurizio Arrivabene.

"Next year we hope to do better and we have to do better," the Italian told BBC Radio 5 Live. "The good news is the constructors’ championship is still open and we will never give up!"

Mercedes has a 55 point lead in the team battle, but with up to 43 points available to a team per race it's still possible for the Scuderia to battle the Silver Arrows for the constructors crown in Brazil and Abu Dhabi.

But for the time being, Vettel admitted he needed the two week break before the next race to regroup after today's disappointment.

Thwarted Ricciardo: 'I'm done with it, let Gasly drive it!'