Valtteri Bottas believes that doing better in qualifying will be key to competing with his Mercedes team mate Lewis Hamilton in 2019.

The Finn has admitted that he's been amazed and disappointed to not have won a race in 2018 after taking three victories in his maiden season with the team last year.

He came close to winning in Baku before suffering a late puncture while in the lead. Recently he's been held back by the team imperative to secure a fifth drivers championship for Hamilton, with team orders forcing him to hand over the lead in Russia.

But now that's been achieved he can hopefully go for victory in the final two races of the season in Brazil and Abu Dhabi.

"Performance wise, we've been quite close, he told Motorsport.com this week. "There has been many times, especially earlier in the season, when I beat him in the qualifying, and also at the end of last year.

"I think the first half of the year I think the luck wasn't on my side," he suggested. "And then afterwards, we realised I'm not fighting for the title any more ... so then it's impossible for me to fight for the championship.

"When I lost my opportunity for the title this year, I tried to help him a little to win the world championship. But I'm already looking forward to fight again next year."

When it came to the crunch over the summer, Hamilton had been able to find a whole new level when it came to qualifying which Bottas simply wasn't able to match. The 29-year-old agreed that he had to be able to do so next year if he is to keep the pressure on this team mate.

"I need to improve my performance in qualifying if I want to try and beat Lewis," Bottas confirmed. "He's a very good qualifier and, if he's starting ahead in the race, then he always has the upper hand.

"What qualifying is all about is fine details and many things need to come together, so I just need to keep working on all the details."

Neither Mercedes driver had a great outing in Mexico, with Hamilton finishing off the podium in fourth one place ahead of Bottas.

"It was very difficult," Bottas said of the Grand Prix. "The start of the race was actually pretty good, but then we started to struggle with the tyres.

"The tyre life on this track was really poor; I ended up doing three stops, which is two stops more than we predicted," he said. "I tried to manage the tyres. I made sure not to slide, but they still just fell apart. I don't know yet why we struggled so much. 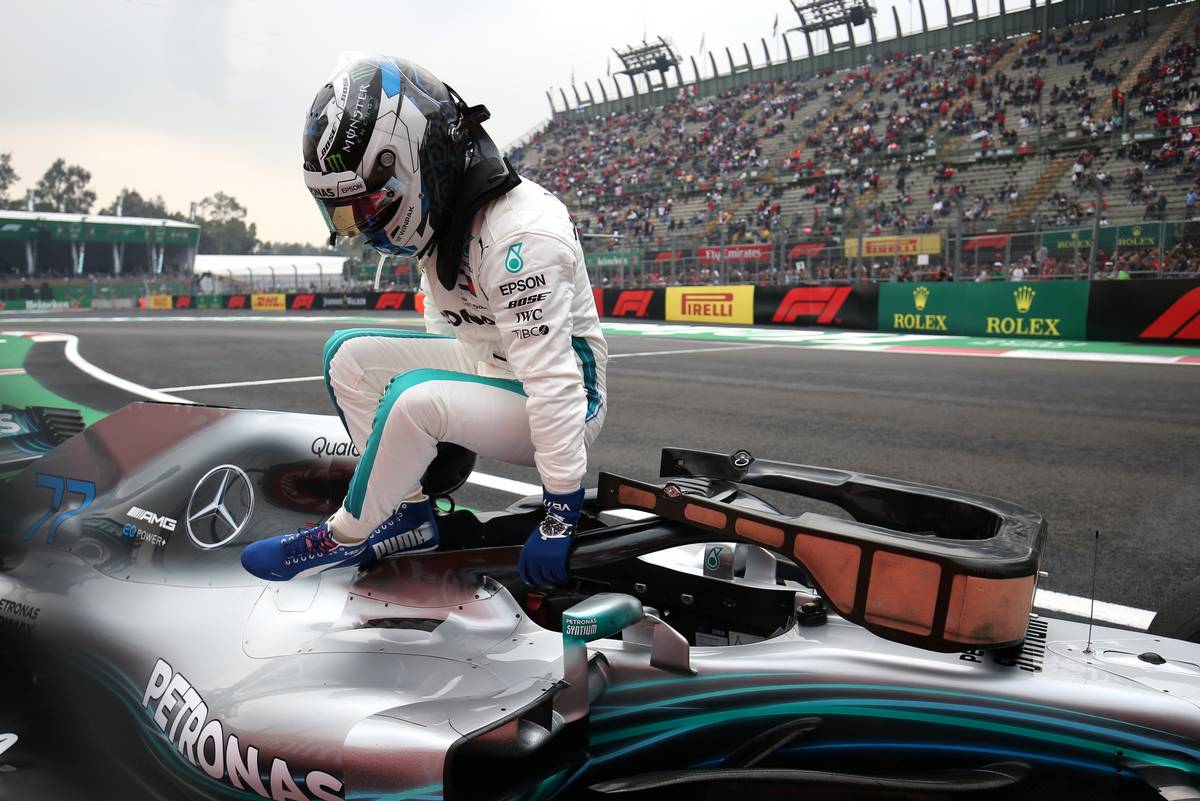 "We will have to look into that and find out why we ran into these problems. I think most teams struggled a bit, but maybe not as much as we did, so we will have to investigate

Bottas's current contract was extended in July ensuring that he has a race seat at Brackley for another season. But the one-year deal means he's already looking over his shoulder to the competition from other drivers.

Mercedes junior Esteban Ocon is likely to find himself without a seat next season, but team boss Toto Wolff has promised the young Frenchman that this will not be the case for 2020.

That's been taken as a veiled threat that Bottas could be ousted to make way for Ocon if he doesn't deliver a stronger performance next season.

"It doesn't worry me," said Bottas when asked about the prospect. "I know what my situation is. It's with the team, we've a very good team spirit. And I'm getting better with the team all the time.

"The team knows what I'm capable of. They know what I will be capable of in the future if I keep developing at this rate. So, no - I'm not worried.

"I know that if I can achieve my goals then there is not going to be any speculation next year."

Vettel and Coulthard sign up for 2019 Race of Champions