Fernando Alonso insists the primary purpose of his upcoming car swap with NASCAR star Jimmie Johnson is to experience something different while having some fun.

The Spaniard and Johnson will exchange rides at Bahrain on November 26, with the Hendrick Motorsports driver slotting himself behind the wheel of a McLaren MCL33 while Alonso will do the opposite and take his counter-part's #48 Chevrolet for a spin around Sakhir.

Johnson has already said that he considers the opportunity as "a chance in a lifetime", while Alonso admits the test will cater to his curiosity.

"The first thing, I think, is going to be to have fun," Alonso said in a videoconference with Johnson on Friday.

"I think we all love racing, any type of racing. And to test for the very first time a NASCAR car with the huge following and all the [reputation] that NASCAR has in the world of motorsports, for me, the first thing is that I want to experience [it] and I want to have that opportunity in life. And it's happening now in a couple of weeks' time."

Alonso, who broadened his motorsport horizons this year with his very successful involvement with Toyota in the WEC, hopes to learn something as a driver when he tests the NASCAR beast.

And by his own admittance, who knows where it could all lead to?

"Ultimately what you want is to be a better driver in the future," he added.

"To racing in the future, I think the first thing is to test the car, to see how it feels, to see how enjoyable it is to drive it. And who knows in the future? I don't have a key answer to that question."

FP3: Vettel puts himself in charge with new lap record!

Hamilton comes out on top in rain-hit Brazil qualifying 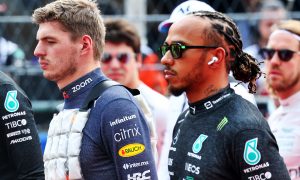 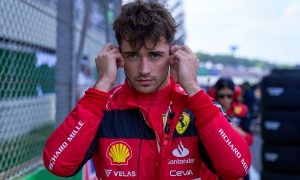 Leclerc recalls day he was barred from entering Ferrari factory