Esteban Ocon admits he isn't quite sure what to expect from his final race with Force India on Sunday in Abu Dhabi.

The Frenchman had a strong time in qualifying, getting all the way through to the final round and claiming a place on the fifth row for tomorrow, alongside Renault's Nico Hulkenberg. It was also the sixteenth time in twenty-one races that Ocon edged his team mate Sergio Perez in qualifying.

That's despite an issue on his car in final practice that limited him to just seven laps running in FP3 earlier in the day.

“I am pretty pleased with the overall result tonight," the driver himself said after qualifying. "My Q1 lap was really good and I think we really extracted the best from the car across the session.

"We missed out on track time in final practice, but it was a great effort by the team to get the car ready for qualifying and make Q3."

Ocon was one of a number of drivers to try to get through to the final round using ultrasoft tyres. However with an estimate one second per lap difference between that compound and the hypersofts, Ocon was forced to switch tyres and run again to get through.

Ocon isn't sure which will prove to be the best strategy come race day.

"There will be a threat tomorrow from the cars outside the top ten, starting on better tyres," he noted. "But hopefully we can make our strategy work starting on the hypersoft.

"It will be a tricky one, but it will be interesting!" 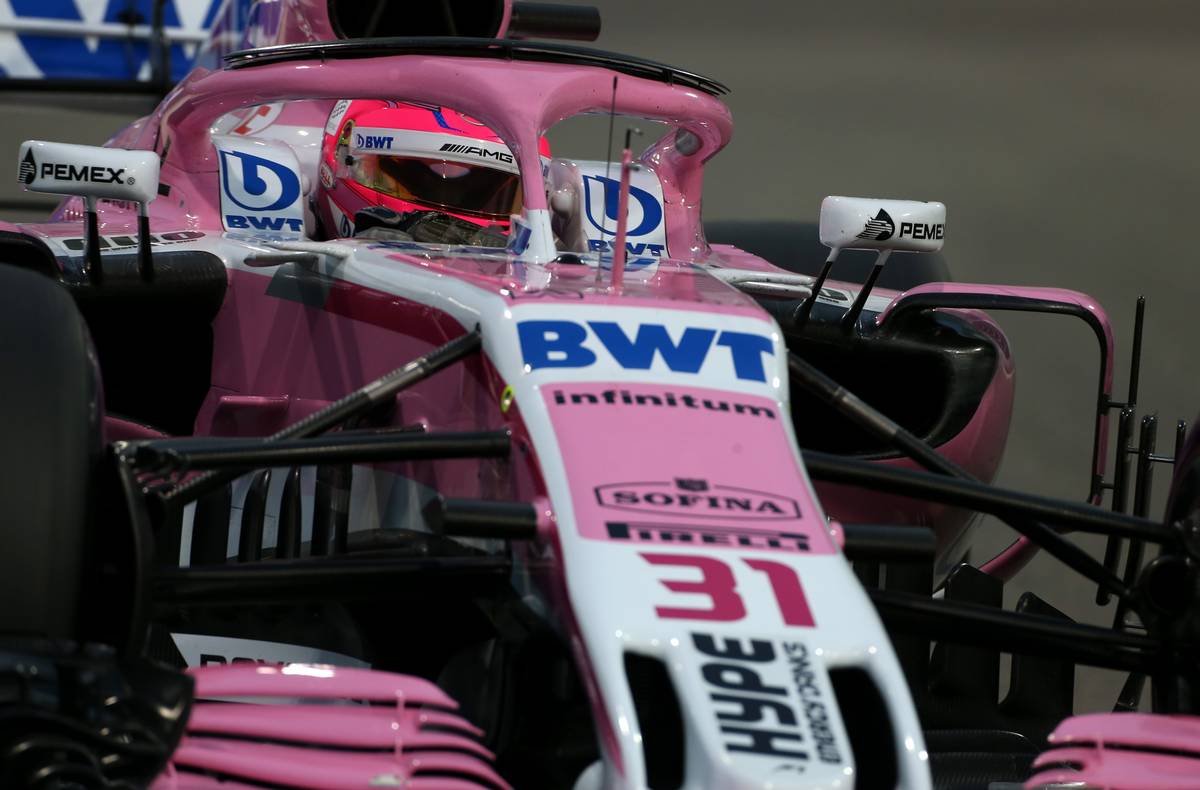 His team mate Sergio Perez will be one of those who can select their starting set of tyres at the last minute, after the Mexican qualified in 14th place. It wasn't the sort of performance he had been hoping for going into the season finale.

“I’m disappointed with our speed today," he admitted. "It’s been a poor weekend in terms of performance and there are still some issues with the car that we haven’t managed to solve.

"It’s hurting us over a single lap because the car is sliding too much and we’re really losing out.

"Hopefully it will be a different story tomorrow with a free choice of tyres for the start of the race. I’m targeting points, but it’s not going to be easy starting from P14."

"It’s not going to be an easy race tomorrow," agreed Szafnauer. "We haven't had a particularly smooth lead up to qualifying and I think that showed in our overall pace this evening."

"Sergio wasn’t happy with the balance and struggled for speed in Q2, which means he will start from P14 with a free choice of tyre.

"All the midfield teams [are] pretty equal in terms of pace, but I think good points are still achievable.”

Leclerc to 'give it everything' in last race for Sauber

Alonso: 'Remember me as a fighter, as a man that never gives up'