Lewis Hamilton capped his fifth world championship by finishing off the 2018 season with back-to-back wins, pushing his points tally for the year above 400.

It's a clear statement of intent from the Briton looking forward to next year's campaign. In previous years he's not won another race after sealing the title, but this year has been very different for the 33-year-old.

"I wanted to finish on a high," he told the crowd after the end of the 55-lap Abu Dhabi Grand prix on Sunday. "I really wanted to end the season off strong.

"I've loved every minute of driving today. While the tyres really weren't all that good, I've generally loved driving the car. I hope I have many more days to go!

"It's been a really strong weekend which I'm really happy with," he continued. "On a personal note I was able to do that, and I'm really grateful. I had great support from the people around me.

"On another side, the team did an exceptional job all year long. I really wanted - from race on, race off - to deliver for them, and wanted to end the way that I plan to start next year. That was kind of the new psyche.

"Accept nothing but perfection and that's what we were striving for as a team," he added. "As you make mistakes you learn from them, and I've just been able to be a better me all year long and that's never going to stop.

"As I've grown I've understood myself more and more. I'm able to centre myself and censor things and balance things better, as you get with experience."

On Sunday, the crucial moment in the race for Hamilton came when the team decided to call him in for a pit stop very early in the race, taking advantage of a Virtual Safety Car for Kimi Raikkonen's stricken Ferrari.

It was earlier than the team had been planning, and meant he would have to manage an extended stint on supersoft tyres to get him to the finish of the race.

"My engineers always talk about stopping superearly," Hamilton revealed. "[But] I was like, I've has got a long way to go and this car doesn't feel good right now.

"But it lasted long, and once again they were calculated and correct and that's really why we have to put so much trust on those guys. 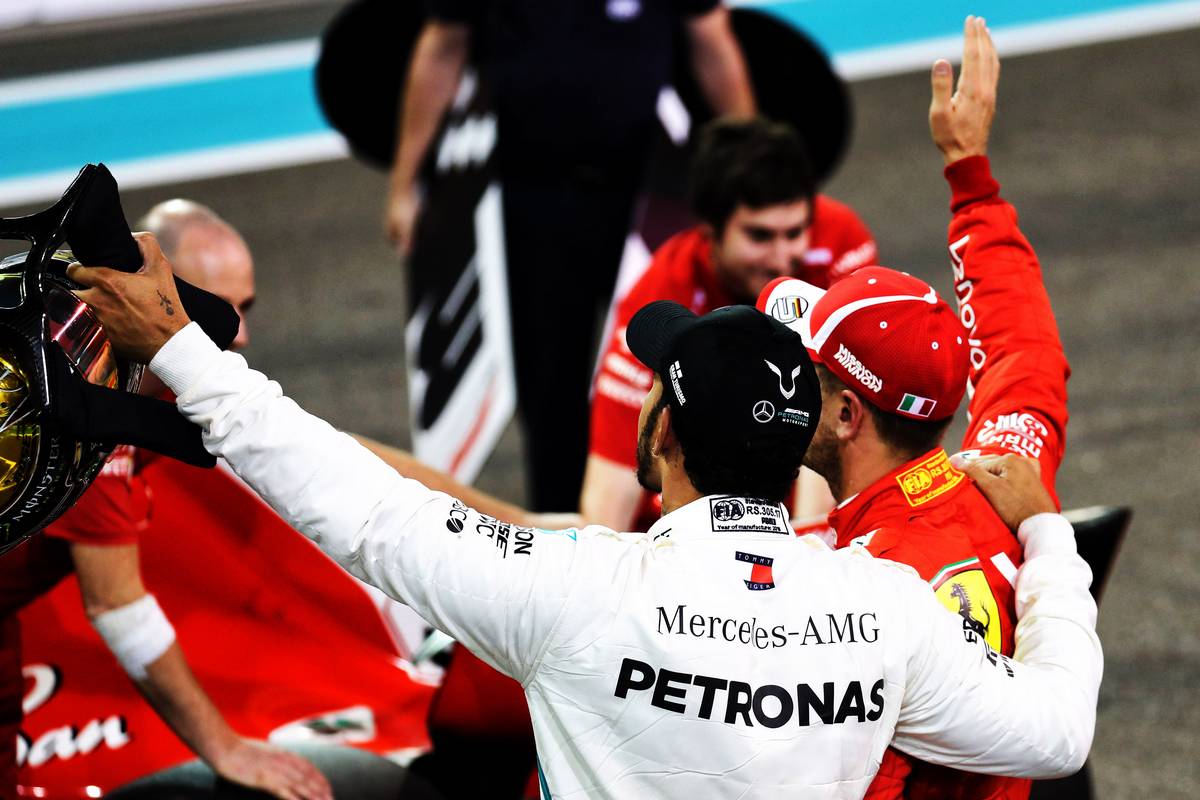 Hamilton was particularly keen to pay a tribute to his main rival for this year's title, Ferrari's Sebastian Vettel, who has come under fire for making 'mistakes' as the season the season progressed.

"It's been a real honour and a privilege racing against Sebastian," said Hamilton. "I've known him since Formula 3 days and he's always been an honest, hard-working racing driver.

"He's always raced his heart out. He's done a fantastic job all this whole season," he stressed. "There's so much pressure on us all, so don't ever look on our shortcomings as anything less than us giving our best, and I know Sebastian did.

"I know next year he's going to come back strong so I'm going to make sure I come back with it. But I'm really grateful for all the good times."

That said, Hamilton is determined to savour this moment right now and the success of his fifth title and not ruin it by looking too far into the future.

"But then I take a step back and I'm like, I don't want the time to go by because it's going real quick. I've been with this team for six years and I can't believe it's been so quick."

Ricciardo swansong with Red Bull 'a bit helpless at the end'